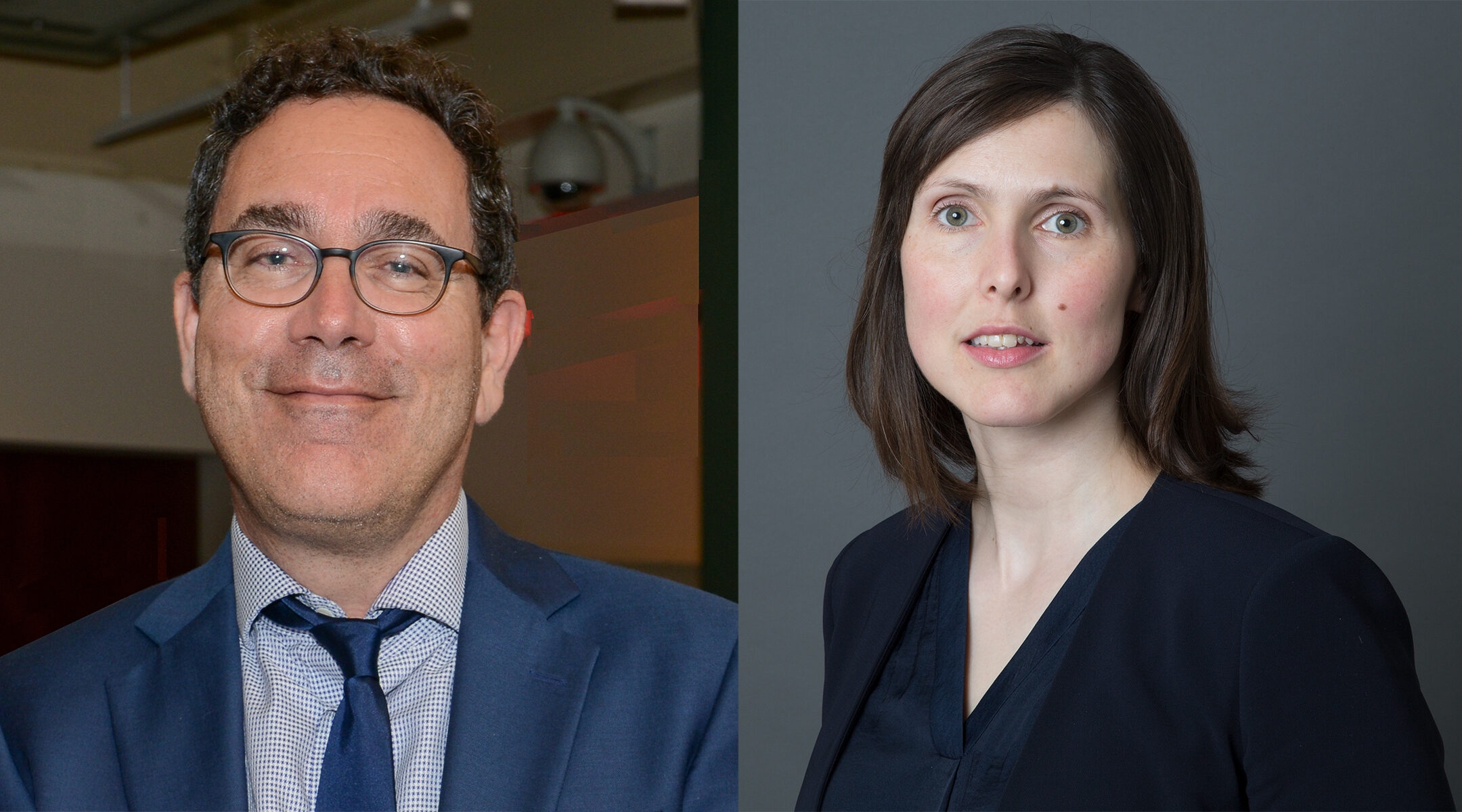 Gavriel Rosenfeld, left, will be the next president of the Center for Jewish History. Rio Daniel, right, will take over as the organization's chief executive officer. (Courtesy)
Advertisement

(New York Jewish Week) — The Center for Jewish History, whose five partner institutions make up the largest collection of Jewish history and culture holdings outside of Israel, has named Gavriel Rosenfeld as its next president and Rio Daniel as its next chief executive officer.

Rosenfeld, who will begin his role on Sept. 1, currently serves as the director of the Judaic studies program and a professor of history at Fairfield University in Fairfield, Conn. He specializes in Holocaust studies, including the history of Nazi Germany, counterfactual history and Holocaust memory.

He succeeds Bernard Michael, who has served as the Center’s CEO and president since 2018.

Incoming CEO Daniel first joined CJH’s leadership team as chief financial officer in early 2019, and took over as chief operating officer in 2021. In these roles, she helped navigate the institution’s finances and policies during the pandemic, including establishing virtual programming options and eventually reopening the institution at 15 West 16th St.

This is the third change in major leadership for the Manhattan-based center in the last five years. In 2018, Michael replaced David Myers as CEO and president after Myers resigned after only a year in the position. During his tenure, he was routinely attacked by right-wing critics for his involvement in the New Israel Fund and J Street, which hold left-wing views on Israel. Myers denied the critics’ pressure led to his resignation, saying he was eager to return home to  Los Angeles, where he is a professor of history at the University of California.

Michael was serving as board chair of the center when he succeeded Myers. A press release said he is stepping down to pursue other opportunities. The appointments mark the first time the roles of CEO and president have been split in the institution’s 22 years.

Daniel has been transitioning to the CEO role over a period of several weeks, according to a spokesperson.

“Bernie brought to his role decades of experience as an executive and strong connections in the New York business, real estate, legal and Jewish world,” said the spokesperson. “During his tenure, the Center experienced a growth in audiences, first prior to the pandemic thanks to outreach to younger audiences and senior groups, and then during the pandemic, as virtual programs and free family history workshops drove higher attendance than ever.”

“By supporting high-level Jewish historical research and organizing public events on topics of current interest, I hope to enhance the Center’s stellar reputation as one of the country’s preeminent Jewish academic and cultural institutions,” Rosenfeld said in a statement.