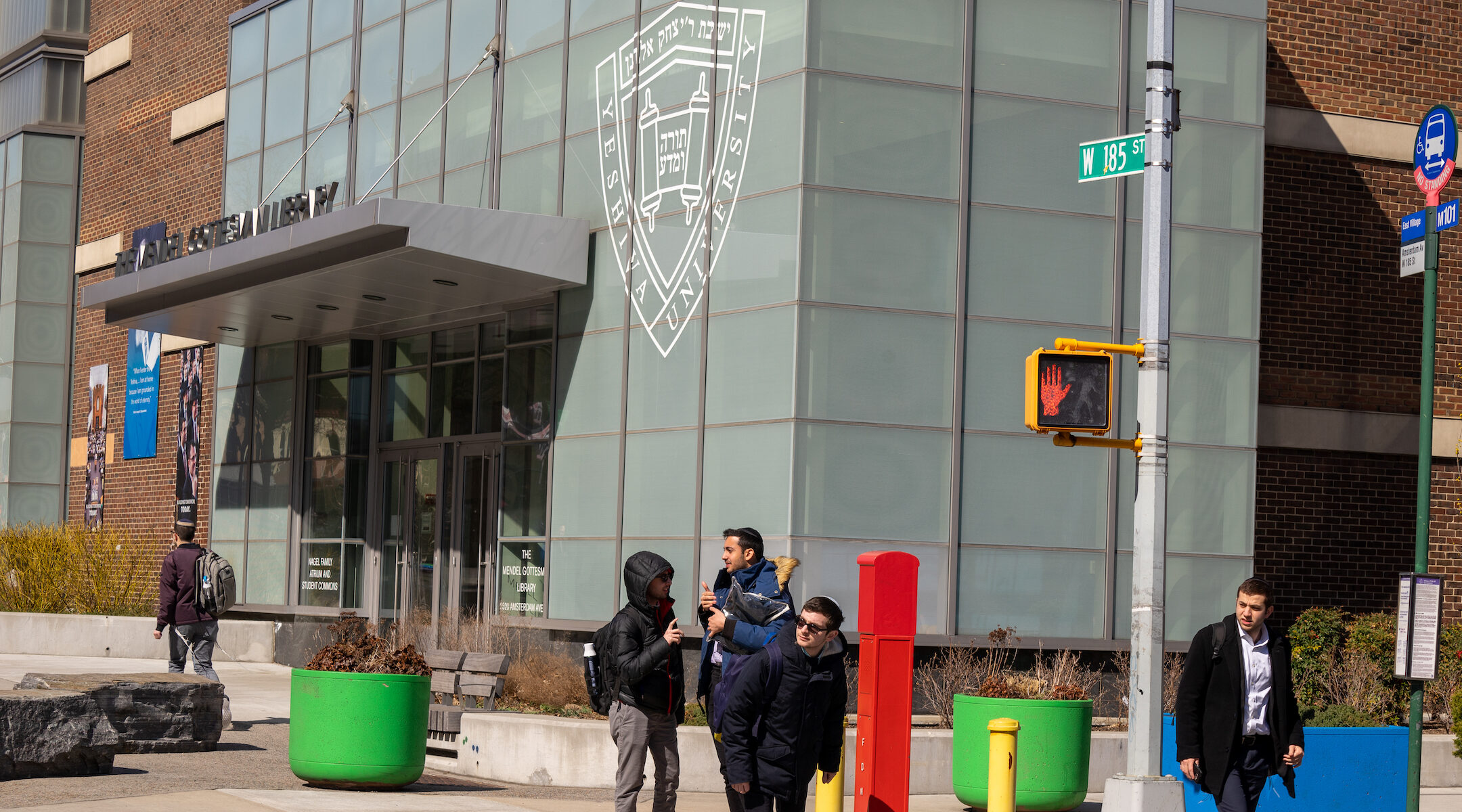 The emergency request comes after an appeals court last week rejected the school’s motion to delay a previous court order to recognize the YU Pride Alliance.

Both rulings were victories for the Pride Alliance and setbacks for the university, where administrators argue that having to recognize the LGBT student group would violate the First Amendment rights of the institution. Gay sex is forbidden by nearly all Orthodox interpretations of Jewish law, although attitudes toward individuals who identify as queer have eased somewhat in many Modern Orthodox settings in recent years.

“As a deeply religious Jewish university, Yeshiva cannot comply with that order because doing so would violate its sincere religious beliefs about how to form its undergraduate students in Torah values,” the school wrote in the court request.

The university’s request is to only block the immediate implementation of the club until another appeal of the decision is heard. But its approach — the motion was filed by the Becket Fund for Religious Liberty, a law firm that argues against government interference in religious affairs — suggests that Y.U. could become a flashpoint for a Supreme Court whose conservative majority is sympathetic to religious freedom claims.

The case reflects “a larger battle about the place for religion in society,” said Marc Stern, the chief legal counsel for the American Jewish Committee, which has not taken a position on the issue.

In 2021, the YU Pride Alliance filed a discrimination lawsuit against the university under the New York City Human Rights Law, demanding official recognition and funding from the university. A New York State Supreme Court judge ruled in the group’s favor in June.

Without official recognition from the school, the YU Pride Alliance cannot receive school funding or use school buildings for event spaces and is unable to advertise to the student body, said Rachael Fried, the executive director of Jewish Queer Youth, a nonprofit that has been funding and mentoring the club since its inception in 2009.

Fried, a Y.U. graduate, called the school’s response disproportionate. “The students are asking for funding for events like movie nights and pizza,” Fried said. “The university is inferring that these students are asking to have sex instead of listening to what they are actually asking for, a safe space where they can form friendships and community.”

The case could hinge on Y.U.’s “charter,” effectively its permission slip from the state to operate as an educational entity. The state Supreme Court ruled that because the university specifically did not define itself as a religious institution in its charter in order to receive public grants and funding, it must follow the state’s Human Rights Law — meaning that the university must immediately recognize the club.

Y.U. says its religious mission can’t be separated from its policies. “The Torah guides everything that we do at Yeshiva — from how we educate students to how we run our dining halls to how we organize our campus,” said Y.U. President Ari Berman in a press release. “We care deeply for and welcome all our students, including our LGBTQ students, and continue to be engaged in a productive dialogue with our Rabbis, faculty and students on how we apply our Torah values to create an inclusive campus environment. We only ask the government to allow us the freedom to apply the Torah in accordance with our values.”

Stern noted that the current Supreme Court has taken up numerous cases regarding claims of religious infringement and the relationship between church and state. He said he thinks it is “likely” the court will review the case.

“That doesn’t tell you what will ultimately be decided,” he said. “The fact that Yeshiva agreed to be secular to get government money cuts in a particular way. If they hadn’t done that, or if this were applied to the rabbinic seminary [affiliated with Y.U.], this would be an easier case to resolve.”

Whatever happens, Stern said, the Y.U. case is significant.

“Each side here has a powerful claim that they will hurt more if the court intervenes or doesn’t intervene,” he said. “It’s not a frivolous lawsuit by any means.”