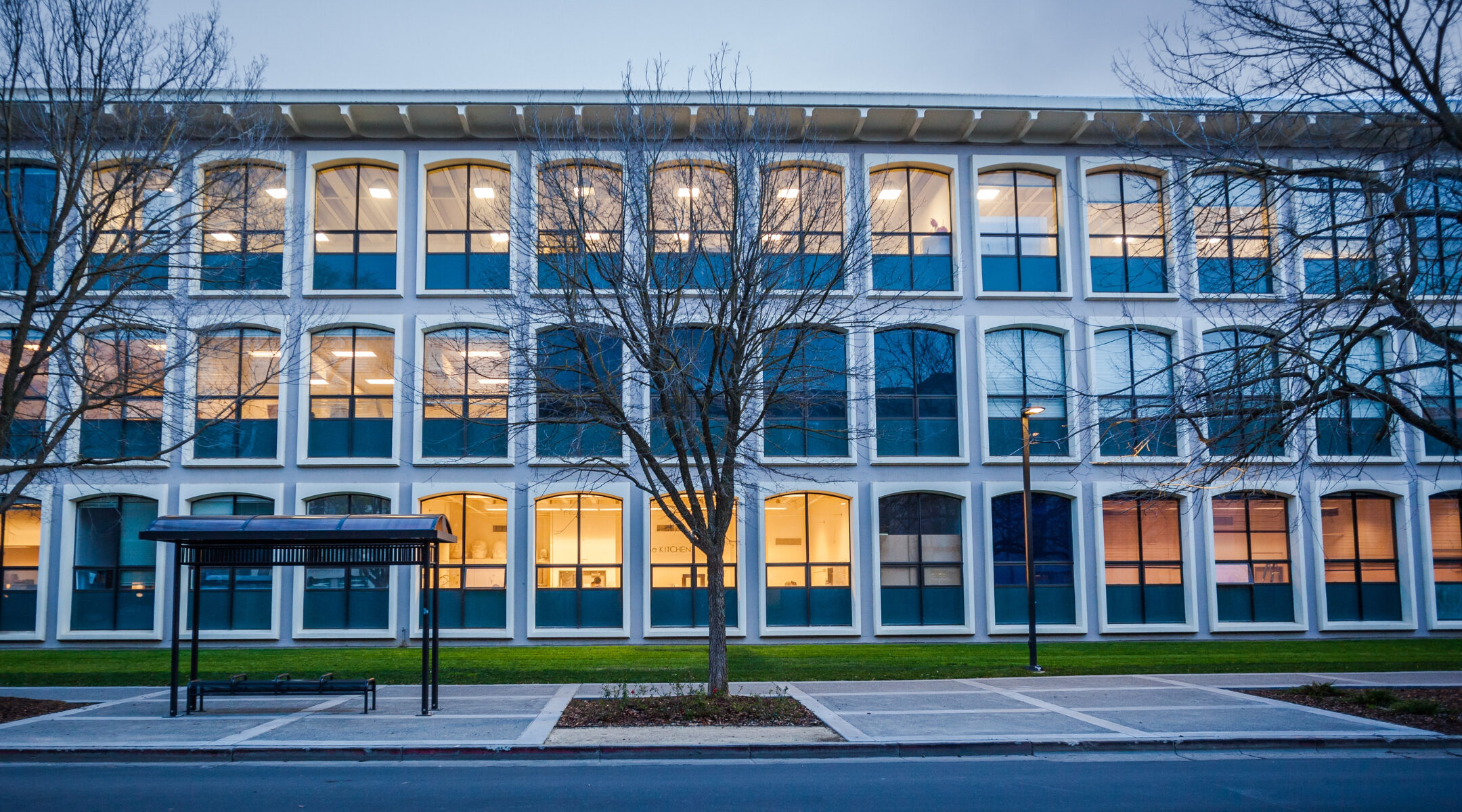 A view of a building on the University of California, Davis campus. (Joseph DeSantis / Getty)
Advertisement

(JTA) — Campus police are investigating an incident in which four men hung banners over a highway overpass at the University of California, Davis, that read “Communism is Jewish” and “The Holocaust is an anti-white lie.”

The white men wore black clothing and masks during the incident on Sunday, according to the Sacramento Bee. University Chancellor Gary May said in a statement that a similar incident had occurred the weekend prior, and university police are considering this a “hate incident.”

“We are sickened that anyone would invest any time in such cowardly acts of hate and intimidation,” May wrote. “They have no place here. We encourage our community to stand against antisemitism and racism.”

Davis Mayor Lucas Frerichs condemned the incident on Twitter. “Hate has no place in Davis, and a common denominator to Holocaust deniers is Anti-Semitism,” Frerichs wrote. “As Mayor, I stand in support w/our Jewish community in Davis, UCD & beyond.”

Multiple antisemitic incidents at UC Davis have been reported over the last few years, including antisemitic fliers in 2019 that were tied to a white supremacist group. In 2015, the campus chapter of the Jewish fraternity Alpha Epsilon Pi was spray-painted with swastikas.

Nearby Congregation Bet Haverim, a Reform synagogue, also condemned the incident and said in a Facebook post that they have been in communication with Davis City Council and the Davis Police Department and have not seen “any signs of vandalism or received any specific threats to date,” though the synagogue is requesting increased patrols. Bet Haverim’s security committee is also offering an in-person security training on Sept. 11th in the synagogue’s sanctuary.

Synagogue leadership urged community members to “consider responding to this incident by doing something Jewish: say a prayer, study a text, or support a Jewish cause. Whatever the intent of the banners’ authors, may their act today result in more Judaism in our lives and our world.”