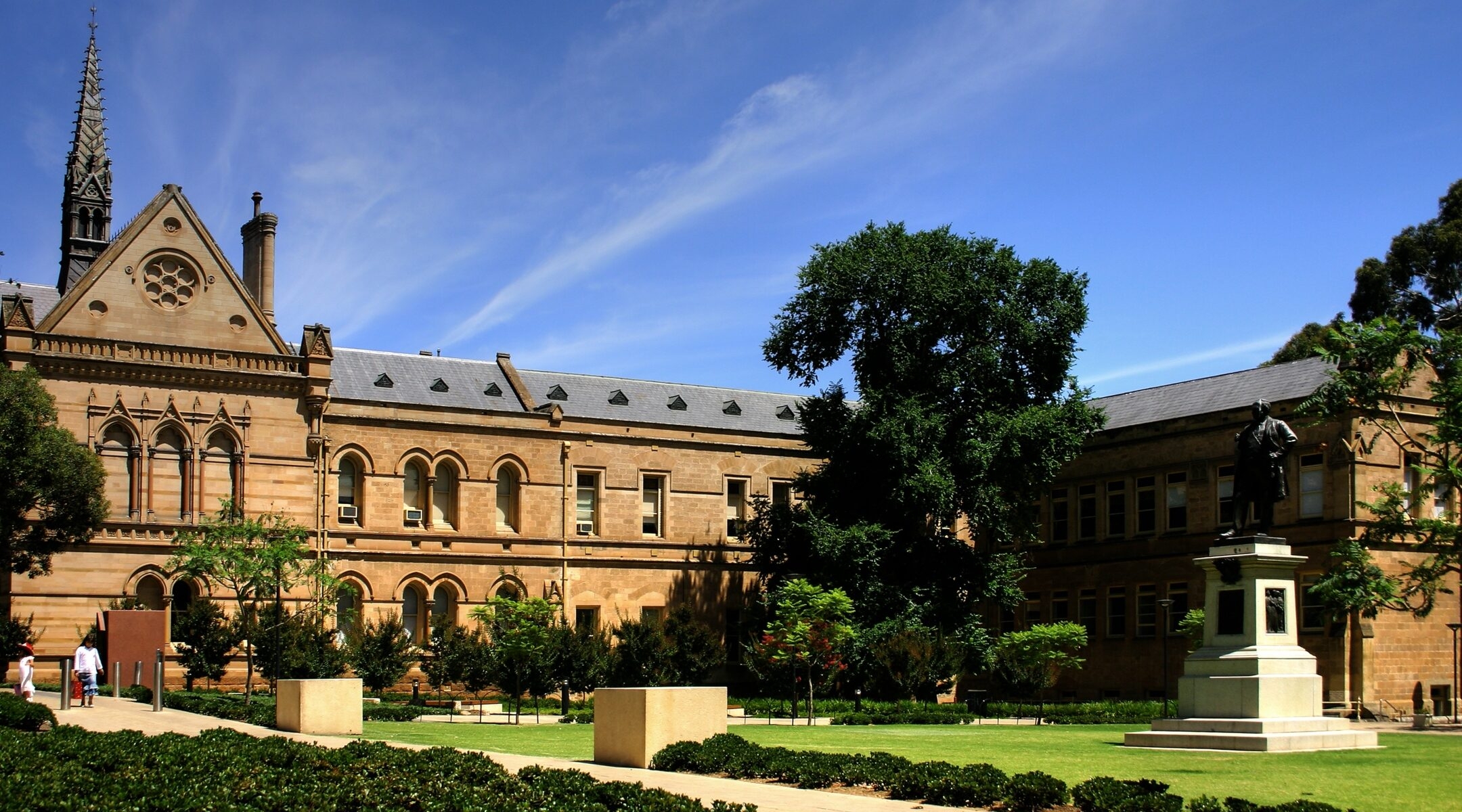 The University of Adelaide campus is shown in an undated photo. (Getty Images)
Advertisement

(JTA) — The student magazine at the University of Adelaide in the state of South Australia called for “death to Israel” in an article.

The Aug. 4 article in On Dit, written by one of its editors, Habibah Jaghoori, was prompted by the three-day conflict last month between Israel and the Palestinian Islamic Jihad in the Gaza Strip. The conflict killed close to 50 Palestinian civilians.

“The solution to achieving peace and bringing forth justice for Palestine is to demand the abolition of Israel,” Jaghoori wrote. “Free Palestine and Death to Israel.”

Jewish students on the campus told The Adelaide Advertiser that the article created a hostile environment. In a follow-up on Twitter, Jaghoori called for Israel to be “annihilated” and said “Death to America.”

In an email to the Australian Jewish News, Jaghoori said she was not targeting Jews. “Death to Israel,” she said, means “death to the state, to the war criminal IDF, to the occupations and to Zionism.”

Jewish organizations called on the university to condemn the article. The Australasian Union of Jewish Students said the university should “hold the perpetrators to account.”

In a reply to the pro-Israel blog, Israelly Cool, the university would not directly condemn the article, noting that On Dit had editorial independence.

On Friday, a member of Australian parliament announced a new inquiry into banning neo-Nazi symbols in South Australia, after the Adelaide Holocaust Museum publicized an image of a group of hooded men making a Hitler salute outside of its building. The Victoria and New South Wales regions, home to Melbourne and Sydney, have already outlawed Nazi imagery.