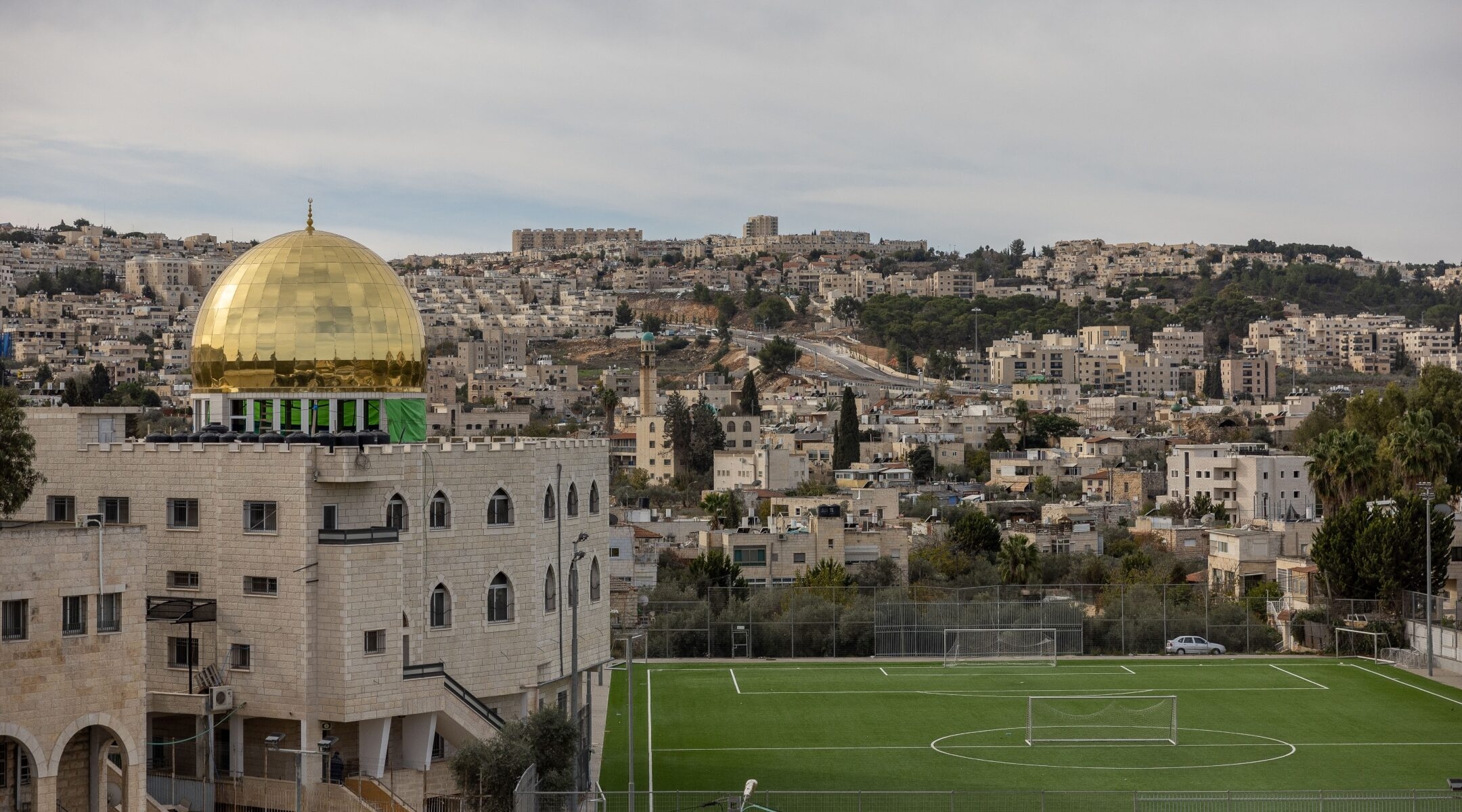 A view of a golden dome built on top of the Abdul Rachman mosque in Beit Safafa, Jerusalem, Dec. 16, 2021. (Yonatan Sindel/Flash90)
Advertisement

(JTA) — Israel’s government advanced a plan to build as many as 700 new apartment units in a suburb of Jerusalem that opponents say encroaches on a Palestinian village that straddles the country’s pre-1967 lines.

The Jerusalem planning and building committee on Monday approved a plan for a new neighborhood called Givat Shaked, which would include high-rise buildings that come right up to the edge of Beit Safafa — a village that was split from 1948 until 1967, when Israel captured eastern Jerusalem in the Six-Day War.

Haaretz quoted residents of the village as saying that the intention appears to be to limit the growth of the Palestinian neighborhood while increasing the Jewish population in the disputed city. The new neighborhood appears aimed at attracting Jewish residents, including in its planning of a site for a synagogue.

Right-wing Jewish activists have objected to a new golden dome atop a mosque in Beit Safafa.

Israeli officials have said in the past that new building benefits all residents of Jerusalem. They note that there are Palestinians renting units in some of the neighborhoods built after 1967.

The new village would also inhibit any future plan to connect Beit Safafa to the West Bank, and it is seen as part of a plan to cut off southeastern Jerusalem from the West Bank.

The Biden administration hopes to preserve the prospect of a two-state outcome to the Israeli-Palestinian conflict and objects to any building that would inhibit Palestinian statehood.