Can young people save the world? This Jewish teen environmental activist thinks so 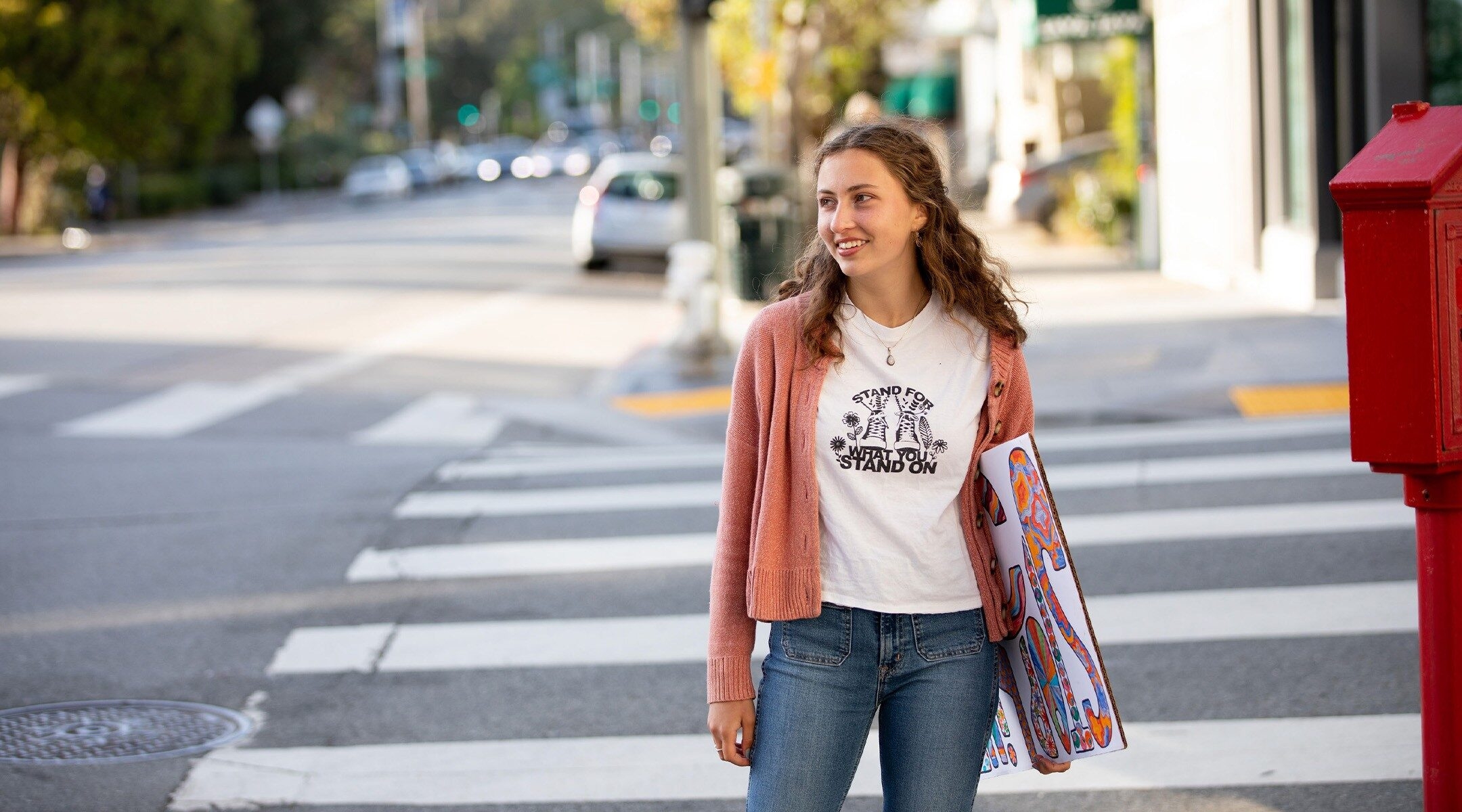 Amelia Fortgang remembers her grandmother taking her to a peace march when she was just 3 years old. The pair held aloft a sign her grandmother made reading, “War causes global warming.”

Amelia’s other grandmother was an elementary school art teacher. Decades ago, she planted a redwood tree with her students.

“The students asked her what the point of planting it was when it wouldn’t grow quickly enough for them to enjoy,” Amelia said. “She told them that they were planting it for future generations.”

Fifty years later, Amelia is that future generation. When she went to the same elementary school years later, she saw the redwood tree — now full grown and very tall — every day.

The activism and environmentalism her grandmothers modeled is part of what animates Amelia, now 18, as she takes her own place as an activist in the fight over climate change.

She is the founder of the Bay Area Youth Climate Summit, an entirely youth-led activist network that offers in-depth environmental justice workshops and mobilizes local Bay Area high schoolers to create and implement climate action plans (CAPs) in their communities and schools.

Amelia, who will attend Yale University this fall to study environmental science and political science, recently received a 2022 Diller Teen Tikkun Olam Award in recognition of her work with the Summit. The $36,000 award is given annually to 15 extraordinary teenagers who exemplify the Jewish value of tikkun olam, repairing the world. The recipients can choose to use the funds toward their education or further their project, or both.

As massive forest fires became more frequent in Northern California and schools began canceling classes due to poor air quality, Amelia felt she had to do something.

“When the sky over San Francisco turned bright orange, it was absolutely terrifying,” she recalled.

Inspired by her grandmothers’ and other family members’ participation in The Kitchen, a progressive and innovative San Francisco Jewish community, Amelia decided to put her passion for social justice and environmentalism into action. First, she became the leader of her high school’s environmental club. Then she decided to launch the Bay Area Youth Climate Summit.

Even as the pandemic halted in-person meetings, Amelia began rallying fellow students to the cause online. Together, they decided to plan an online summit for the summer of 2020.

The summit featured 16 workshops and engaged 300 youth from 14 states and 88 schools. Participants were challenged to devise climate action plans to implement in their schools and report back on their progress.

“The first summit was a huge success, so we decided to keep it going with monthly workshops,” Amelia said.

And years after going with her grandmother to that first march, Amelia again has taken to the streets of San Francisco to  protest and share her voice

Under her leadership, the Bay Area Youth Climate Summit co-organized the September 24, 2021 Youth Global Climate Strike in San Francisco, which saw hundreds of students leave school to demonstrate alongside indigenous community leaders and survivors of wildfires across California. Demonstrations were held in cities across the globe that day ahead of a United Nations climate conference held that November in Glasgow, Scotland.

Amelia’s group also has been involved in federal and local political advocacy, advocating for the Ocean-Based Climate Solutions Act, more climate-related funding, and halting the expansion of an oil pipeline running from Alberta to Wisconsin.

With a heavy academic load, Amelia found her volunteer work a huge time commitment — up to 15 hours a week during the school year and as much as 40 per week in the summers.

“Of course, it has been worth it,” she said.

Despite feeling frustrated that the burning issue of climate change too often is relegated to the back burner when extreme weather is not in the headlines, Amelia says she feels optimistic that so many young people are working on climate change issues.

“Climate change is the most critical and pressing issue today because it magnifies the world’s existing inequities and threatens the future of all aspects of society,” Amelia explained. “Whether people are paying attention or not, it is still happening, and it’s still a crisis.”