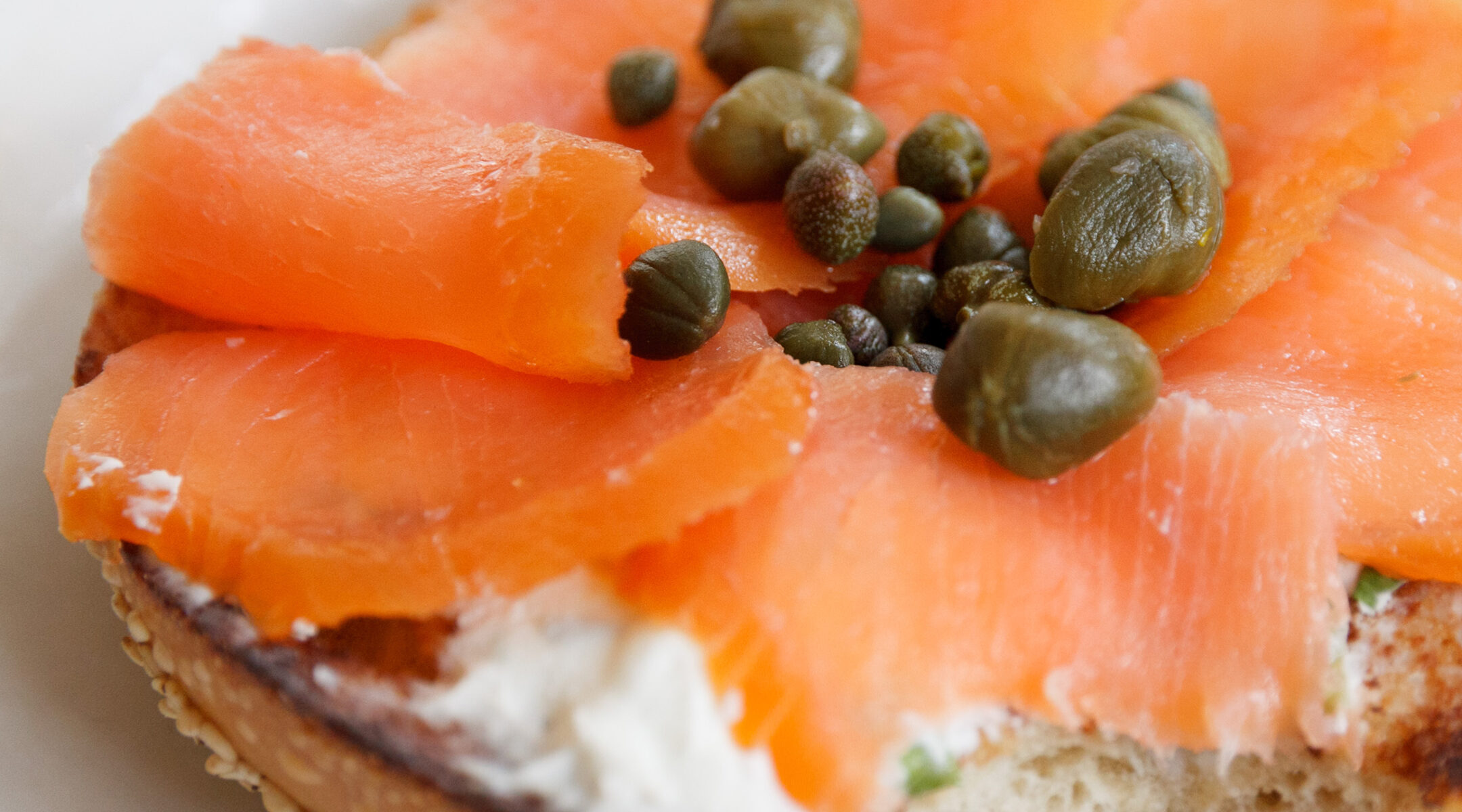 (New York Jewish Week) — Lox is back on the menu at B’nai Jeshurun, the Upper West Side synagogue that last week said it would stop serving the delicacy at the kiddush luncheons that follow Saturday morning services.

In a statement amended Monday to a previous announcement about its new kiddush policies, the influential independent congregation said that if anyone sponsoring a kiddush wanted to offer lox, “they are welcome to do so.”

Still, the shul noted that lox will be eliminated from all non-sponsored community kiddushes because of its “increasing costs” and a desire to include “more plant-based offerings at community meals.”

An earlier announcement on the synagogue’s website, reported by the New York Jewish Week last Friday, said the congregation would stop serving lox out of environmental concerns. In the announcement, Rabbi Shuli Passow,  the director of community engagement at B’nai Jeshurun, explained that the popular Ashkenazi delicacy will be “eliminated from the menu so we can do our part to reduce the environmental impact of pollution and overfishing.”

The new statement noted that when the synagogue first announced the elimination of lox, some people felt that the shul “implied that eating lox is immoral or that [B’nai Jeshurun] is completely boycotting lox or lox providers.”

“These could not be farther from the truth,” the statement said.

The new statement also acknowledged feedback from readers of the original announcement who said it overstated the environmental impact of eating the cured salmon.

“Most lox is, in fact, made from farmed Atlantic salmon,” the new statement said. “We thank those who brought this error to our attention, giving us the opportunity to correct our mistake.”

The new announcement closed on a positive note, saying that the administrators were grateful for the “opportunity to be more reflective and nuanced in our thinking on these decisions and in the way we communicate about them.”

The communications director of the synagogue did not return a call seeking comment.

B’nai Jeshurun, founded in 1825, has been a trail-blazing synagogue, known for the musicality of its services, its progressive politics and its willingness to innovate. Later this month it will host a series of three pre-Rosh Hashanah Selichot, or penitential services, in the Sephardic tradition — an unusual program for a largely Ashkenazi congregation.

The original article announcing the lox policy highlighted the return of the in-person kiddush, a beloved post-services tradition, which was halted during the COVID-19 pandemic. Passow noted in the original announcement that “[w]hile not everyone agrees on what food should be served (no surprise there!), there was widespread consensus that what we eat and how we eat it should intentionally express our values.”