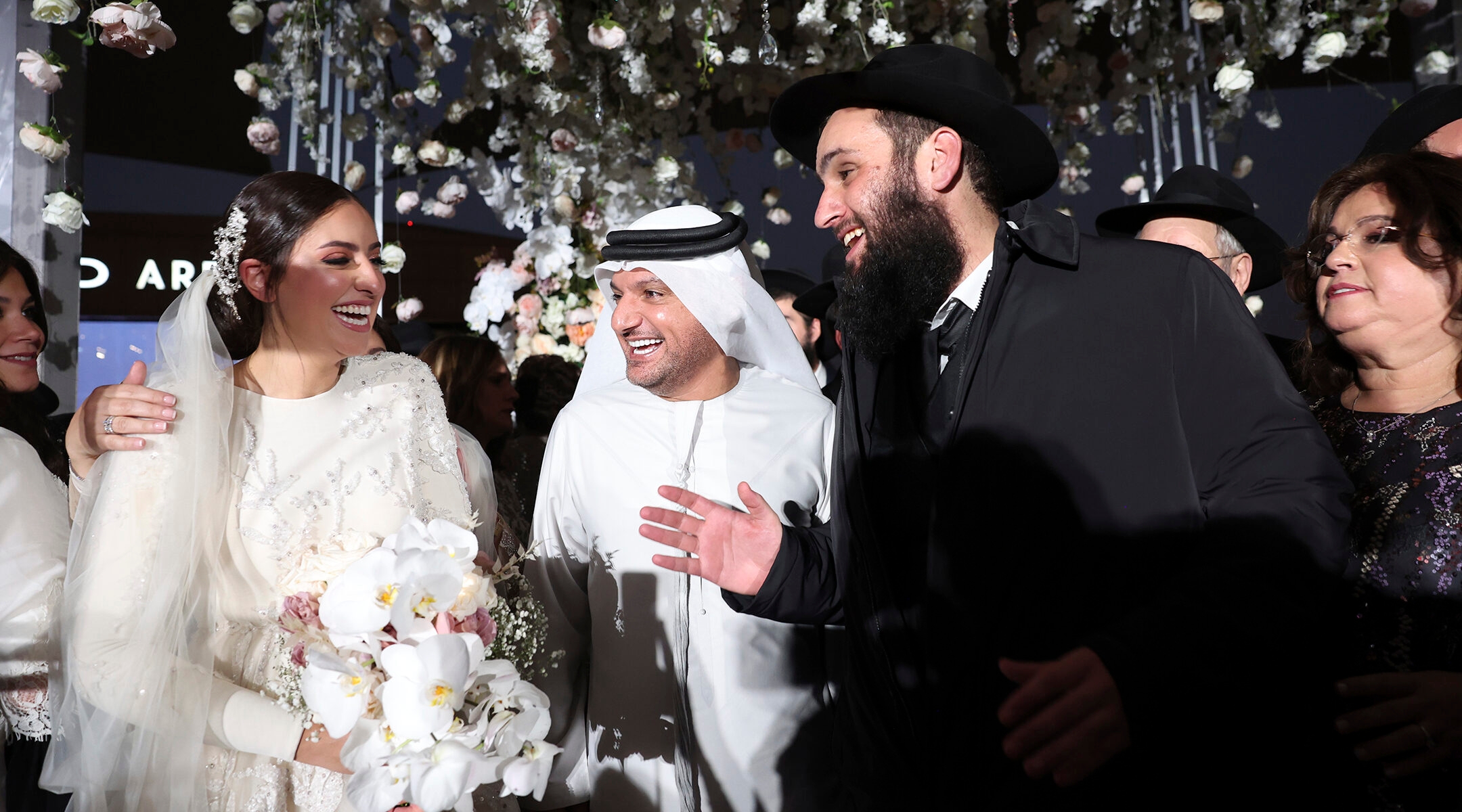 (JTA) — Hundreds of Jews from all over the world have gathered in Abu Dhabi, the capital of the United Arab Emirates, ahead of the two-year anniversary of its establishment of diplomatic ties with Israel.

But the crowds aren’t in town to honor the Abraham Accords — at least not directly.

They came to party Wednesday at the largest Jewish wedding in the history of the UAE, which the bride and groom, emissaries of the Chabad movement who are living in that country, timed to coincide with the anniversary of the signing of the accords.

About 1,500 people, including dignitaries and Emirati royals as well as rabbis stationed around the world, attended the wedding of Rabbi Levi Duchman, 29, who was born in Brooklyn and has been living in the UAE since 2014, and Lea Hadad of Brussels, 27, according to the media relations department of the Chabad-Lubavitch movement.

The wedding “is a source of great national pride, as a demonstration and living experience of the Emirates’ longstanding investment in creating a culture of coexistence and religious diversity,” read a statement to the media about the event.

Chabad emissaries, who typically stay for many years in their postings, are usually dispatched as couples. Only a few rabbis are appointed head emissaries, as Duchman has been, before they are married. Over the past eight years, he has overseen the opening of a Jewish school, Hebrew supplemental school, ritual bath and the government-licensed kosher agency of the UAE, which has a few thousand Jews, according to the statement.

Hadad knows what it means to be a Chabad emissary. Her father is the chief rabbi of Brussels, and her grandfather set up the Chabad community in Milan.

Duchman is one of several Orthodox rabbis working to cultivate Jewish life in the UAE, including Elie Abadie and Yehuda Sarna, who are not affiliated with Chabad. Prior to moving to Abu Dhabi, he lived with a sister and her family in Morocco, where he became committed to Jews in the Arab world, according to the Chabad statement.

The wedding date was carefully chosen not just to match the anniversary of the Abraham Accords but because the date in the Hebrew calendar is significant to Hasidic Jews, according to Chabad. Wednesday is the Hebrew birthdate of both the Baal Shem Tov, the 18th-century founder of the Hasidic movement, and Chabad’s founder, Rabbi Shneur Zalman of Liadi.