For the first time, an UWS synagogue embraces a Sephardic High Holiday tradition 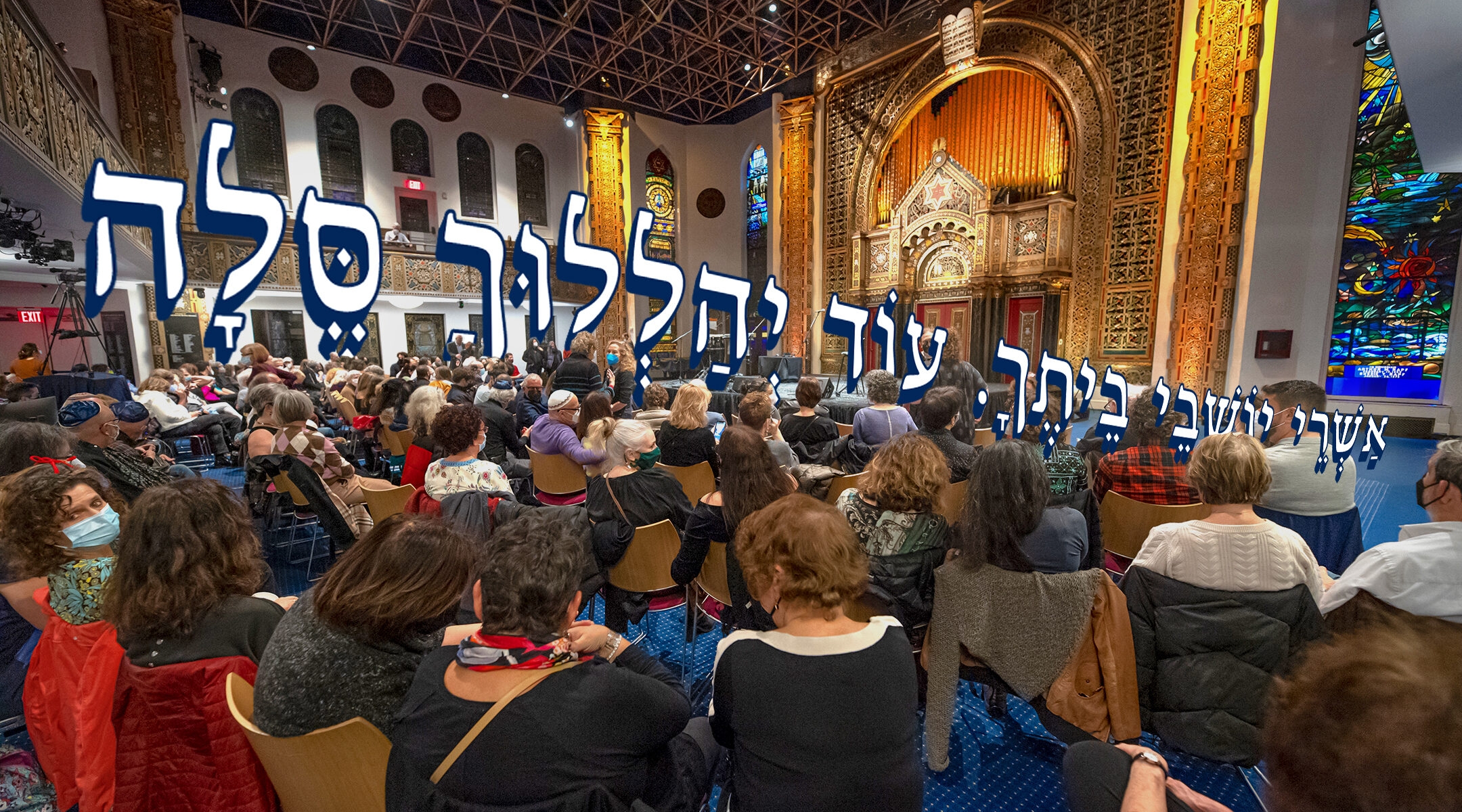 B'nai Jeshurun, the Upper West Side synagogue, will feature selichot services in the Sephardic tradition in preparation for the High Holidays. (Photo by Noam Galai/Getty Images. JTA collage by Grace Yegel))
Advertisement

(New York Jewish Week) — Rabbi Rolando Matalon, who grew up in Argentina in a community of Syrian Jews, has a passion for the poetry and prayers of the Sephardic synagogue. A student of Arabic and Turkish music, he is also the founding co-director of Piyut North America, a project that promotes liturgical music from Jewish communities around the world.

He is also the senior rabbi at B’nai Jeshurun, the unaffiliated Upper West Side congregation known for its musical services. No surprise, then, that has sought to bring Sephardic sounds to a predominantly Ashkenazi synagogue.

Starting Thursday night, Sept. 15, B’nai Jeshurun will present the first of three egalitarian selichot services in the Sephardic tradition, in an intense, guided service featuring the penitiential prayers that are chanted and sung in preparation for the High Holidays, which begin with Rosh Hashanah on Sunday evening, Sept. 25.

B’nai Jeshurun thinks it may be the first progressive synagogue to hold Sephardic selichot services in an egalitarian, liberal style.

“Every community has its particular flavor, identity and tradition which should be respected and preserved,” Matalon told the New York Jewish Week. “At the same time, it’s very nice to share with people what’s so beautiful and meaningful about other traditions.”

Selichot are part of the spiritual preparation for the High Holidays, considered a time for repentance and making amends — to people and to God. In Ashkenazi synagogues, the selichot prayers are usually chanted every day ahead of the High Holidays, beginning on a Saturday night before Rosh Hashanah. Synagogues often combine the first night of selichot with a class or a similar program to draw congregants out past their usual bedtimes.

(B’nai Jeshurun will also hold Ashkenazi-style selichot services beginning Saturday night, preceded by the showing of the 2011 documentary, “Serving Life,” about a prison hospice, followed by a conversation with the filmmaker.)

In traditional Sephardic synagogues, the selichot services begin with Elul, the Hebrew month preceding Rosh Hashanah, and are held daily at dawn for 40 days.

“We take it very seriously that we must spiritually prepare and do soul searching in preparation for Rosh Hashanah and Yom Kippur and this is a wonderful tool to help us prepare,” said Matalon.

Matalon said B’nai Jeshurun will offer an exposure to the liturgy but not the full Sephardic experience. The 60- to 75-minute services will begin at 7:15 p.m. rather than after midnight or before dawn. Men and women will be together.

“In the U.S. at large and in New York specifically, there are people who grew up with this tradition who are looking for an egalitarian environment,” Nadel said. “They remember feeling connected to it and we love it and we noticed that no one else is offering it. We think it’s a great way for people to come together at this time.”

Matalon considers the integration of Sephardic customs, with roots in the Jewish communities of the Iberian peninsula, and Ashkenazi rites, which flourished in Eastern Europe, as a case of appreciation, not appropriation.

“If someone thinks Shakespeare should only be available to English people, that’s ridiculous,” Matalon said. “It is something that transcends the borders of a country or, in this case, of a community. We live in a globalized world. You go to Israel, the Ashkenazim are singing Sephardi melodies right and left and vice versa. A lot of Sephardim are singing Hasidic niggunim [lyric-less tunes]. That is the beauty of our tradition.”

“Homeward Bound: An Experience of Sephardic Selichot,” will be held on three Thursdays, Sept. 15, 22 and 29 at 7:15 p.m. at B’nai Jeshurun, 257 West 88th Street, Manhattan. The services will also be streamed live on BJ’s Youtube channel and Facebook page. Services are free.