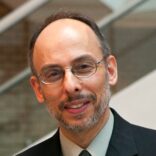 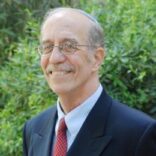 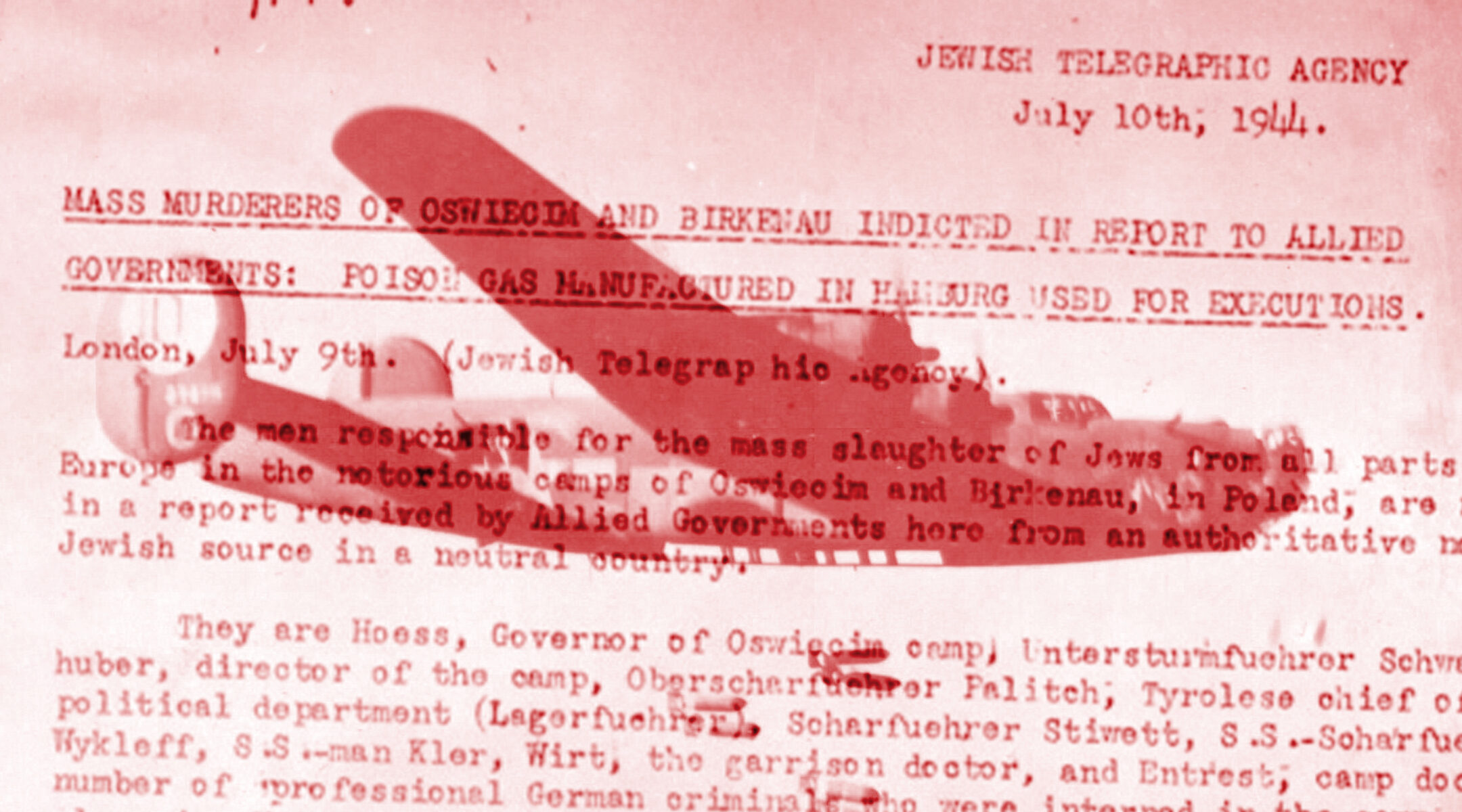 A U.S. Ford "Liberator" shown over Kiel, Germany, Jan. 4, 1944. On July 10, 1944, the Jewish Telegraphic Agency reported on an appeal by Auschwitz escapees for the Allies to bomb the death camp. (United States Army Air Forces/Design by Mollie Suss)
Advertisement

(JTA) — Seventy-eight years ago this week, David Ben-Gurion rose before the Asefat Hanivcharim, Palestine Jewry’s elected assembly, and delivered an explosive “j’accuse” against the Allies for abandoning Europe’s Jews during the Holocaust.

The words of the man who would soon be Israel’s first prime minister take on added significance in view of the upcoming release of Ken Burns’ three-part, six-hour PBS documentary “The U.S. and the Holocaust.” Its official website says the film “dispels” the “myth” that America “looked on with callous indifference” during the Holocaust.

By contrast, Ben-Gurion told the gathering of Jewish community leaders in Jerusalem on Sept. 12, 1944: “As millions of Jews were taken to the slaughter — young and old, infant and newborn, mother and daughter — the world leaders, those who shout slogans about democracy and socialism, looked away from the bloodshed and did not undertake rescue action — they did not even try to rescue them.”

Two months earlier, Ben-Gurion had spoken in similar terms at a ceremony on the 40th anniversary of the death of Theodor Herzl. Addressing himself to the Allies, he thundered: “What have you allowed to be perpetrated against a defenseless people while you stood aside and let them bleed to death, never lifting a finger to help?….Why do you profane our pain and wrath with empty expressions of sympathy which ring like mockery in the ears of millions who are being daily burnt and buried alive in the hell centers of Europe?”

These words were not uttered after the fact. The Holocaust still raged as Ben-Gurion spoke. Trainloads of Jewish deportees were being sent to Auschwitz every day. On the day of the Herzl speech, July 10, three trainloads of Hungarian Jewish deportees arrived in Auschwitz. Over the course of four days that week, more than 30,000 Jews were gassed.

For a few weeks earlier that summer, Ben-Gurion and his colleagues in the leadership of Palestine’s Jewish Agency had mistakenly believed that Auschwitz was a labor camp. But when they learned in late June that it was in fact a death camp, they lobbied Allied diplomats in Europe, the Middle East and the United States to bomb the railways and bridges leading to Auschwitz, or the gas chambers, or both.

RELATED: Ken Burns’ PBS documentary ‘The U.S. And The Holocaust’ asks hard questions about how Americans treated Jews and immigrants during wartime

Future Israeli president Chaim Weizmann and future prime ministers Moshe Shertok (Sharett) and Golda Meyerson (Meir) were among those promoting the proposal in meetings with Allied officials. In early September, just before the aforementioned meeting of the Asefat Hanivcharim, Jewish Agency official Eliyahu Epstein (Elath) reported to Ben-Gurion about his unsuccessful efforts to persuade a Soviet diplomat in Cairo that the Allies should bomb the death camps.

Roosevelt administration officials falsely asserted that the only way to strike the railways or the death camp would be to “divert” planes from distant battle zones, thus undermining the war effort. That claim is repeated in the Burns film as if it were a fact. In reality, American planes were already flying over Auschwitz, bombing the oil factories in the death camp’s industrial zone (where Elie Wiesel was among the slave laborers) — less than five miles from the gas chambers. One of those raids took place on Sept. 13, 1944, the day after Ben-Gurion’s speech to the Jerusalem assembly.

In Ken Burns’ film, interviewees belittle the proposals to bomb the railways on the grounds that the Germans could have quickly repaired them. But that was true for all U.S. bombing attacks on railroads in Europe, yet it never deterred the Roosevelt administration and its allies from targeting them as part of the war effort.

George McGovern, the future U.S. senator and 1972 Democratic presidential nominee, was one of the young pilots who undertook those raids (including bombing the oil factories at Auschwitz). In a 2004 interview, McGovern argued that even if the railway lines could have been repaired, the damage would have delayed the deportations and saved lives.

“[I]t would have helped if we had bombed the railroad lines leading to Auschwitz. The purpose of those rail lines was to carry human beings to their death, and we might even have been able to use long-range fighter planes to get down right on the tracks and knock them out,” McGovern said. Regarding a junction through which trains passed on the way to Auschwitz, he said: “We should have hit that junction and disabled it. We should have hit the rail lines, even if we had to go back several times.”

It is also important to remember that there were bridges along those routes, and bridges could not be quickly repaired. Some of the requests put forward by Jewish groups at the same time actually named bridges that should be targeted. Those pleas were no secret. On July 10, 1944, the Jewish Telegraphic Agency reported that recent escapees from Auschwitz were urging the following: “The crematoria in Oswiecim [Auschwitz] and Birkenau, easily recognisable [sic] by their chimneys and watch-towers, as well as the main railway lines connecting Slovakia and Carpatho-Ruthenia with Poland, especially the bridge at Cop, should be bombed.”

Debating the options for Allied action, a commentator in the Ken Burns film argues that bombing Auschwitz might have been a bad idea because some of the inmates could have been harmed. That argument is disingenuous for two reasons. First, the United States could have bombed the railway lines and bridges to Auschwitz without endangering inmates. Second, the presence of those prisoners was not the reason the Allies rejected the bombing requests; note that they bombed those oil factories in broad daylight, even though slave laborers were likely to be there. Likewise, the United States bombed a rocket factory in the Buchenwald concentration camp in daylight in August 1944, even though the workers would be there; many were indeed killed, but the Allies considered the attack to be justified despite that risk.

Nahum Goldmann, who was the Jewish Agency’s representative in Washington as well as co-chairman of the World Jewish Congress, repeatedly asked U.S. officials to bomb Auschwitz as well as the railways, and heard their excuses about not wanting to “divert” planes from the war effort.

Three days after Ben-Gurion’s speech in Jerusalem, Ernest Frischer of the Czech government-in-exile reported to Goldmann and the WJCongress that the Allies had been bombing “fuel factories…in Oswiecim and Birkenau,” not far from the “extermination installations.” Goldmann pointed out that fact to Allied officials, to no avail. They were, as Ben-Gurion put it, not willing to even “lift a finger” to rescue Jews.

In a recent JTA interview, Burns asserted that President Roosevelt “could not wave a magic wand” but did his best to help the Jews during the Holocaust. Ben-Gurion, who actually lived through those days and was an eyewitness to Roosevelt’s abandonment of the Jews, understood the reality far more clearly.

Rafael Medoff
is founding director of The David S. Wyman Institute for Holocaust Studies and author of more than 20 books about Jewish history and the Holocaust.

Monty N. Penkower
is Professor Emeritus of Modern Jewish History at the Machon Lander Graduate School of Jewish Studies and author of a five-volume study about the rise of the State of Israel between the years 1933-1948.
The views and opinions expressed in this article are those of the author and do not necessarily reflect the views of JTA or its parent company, 70 Faces Media.