This daughter of refugees from Iran is helping refugees in California 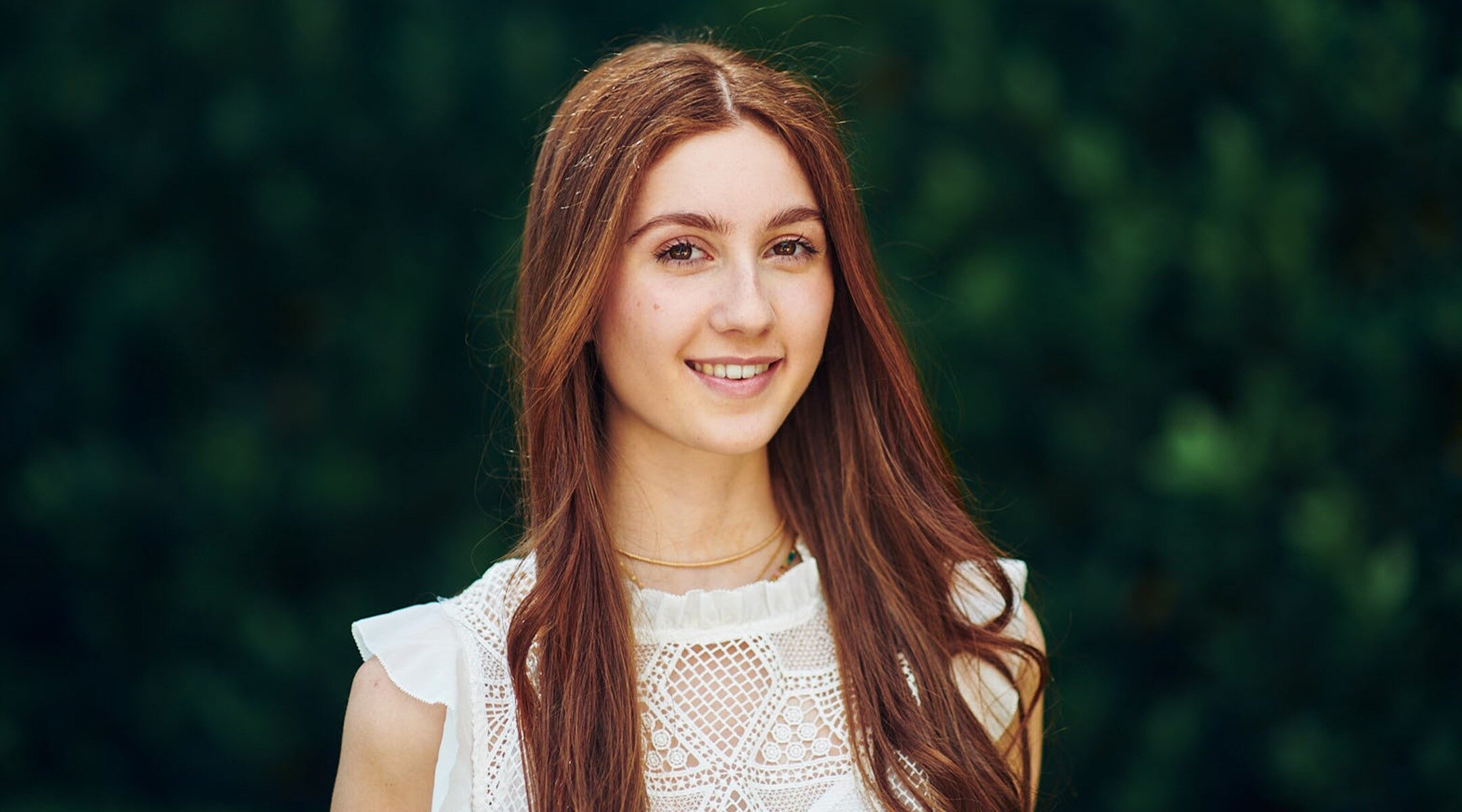 Sienna Nazarian grew up in Beverly Hills, California, listening to her family tell stories about leaving Iran during its 1979 revolution because, as Jews, they no longer felt safe.

Her father and grandparents on both sides fled Iran. (Her mother was born in the United States.)

“They talked about the sense of powerlessness that fleeing created for them,” Sienna said.

That vulnerability resonated with Sienna, and she decided early on that she wanted to help refugees undergoing similar experiences. When it came time to choose a project for her bat mitzvah, she worked with the Los Angeles-based Jewish community IKAR to help collect and send musical instruments to Syrian refugees in refugee camps in Greece.

Myriad volunteer efforts followed. Then, after she began high school, Sienna was inspired to launch her own project to help new refugees adjust to life in Southern California, offering services including learning English and obtaining essential items such as clothes, toiletries and school supplies.

Since Sienna and a classmate, Lily Sind, launched the Refugee Empowerment Project in 2020, they’ve helped over 1,000 refugees and recruited 120 teen and adult volunteers along the way.

Sienna, now 18 and in her senior year of high school, was recently recognized for her efforts and named one of the recipients of the 2022 Diller Teen Tikkun Olam Awards. The $36,000 award is given annually by the Helen Diller Family Foundation to up to 15 extraordinary teenagers who exemplify the Jewish value of tikkun olam, repairing the world. The recipients can choose to use the funds toward their education or further their project, or both.

With more than 82 million people around the world displaced by wars and disasters in countries such as Ukraine, Syria and Venezuela, according to the International Rescue Committee, Sienna says helping this population is critical.

“With Ukraine, that’s a really pressing refugee crisis that is on the news, and everyone’s talking about it, but there have also been other refugee crises that are still going on and are overlooked,” she said.

Some 80,000 Jews lived in Iran during the 1970s. In 1979, Ayatollah Ruhollah Khomeini seized power and established the fundamentalist Islamic state that persists to this day. Amid the revolution, religious minorities including Jews had their freedoms curtailed, and some prominent Jews were executed. Today, an estimated 5,000 to 8,000 Jews remain in the country.

Many of those who fled ended up in Los Angeles.

“My grandparents at our Shabbat dinners on Fridays would talk about stories from Iran and show me pictures, and I always had this desire to connect with that, but I also knew that I could never go there,” Sienna said.

Starting a new life in America was not easy for Sienna’s family. Her grandfather went to night school to learn English after long days at work.

“He was willing to do whatever it took to be able to build a life not only for himself but for his wife and his kids,” Sienna said.

The summer before high school, Sienna expanded her knowledge about the experience of refugees from places other than Iran. She tried to get involved with several organizations assisting refugees but often was told she was too young to volunteer.

So during her freshman year, Sienna and Lily started a school club to help refugees. The International Institute of Los Angeles connected them with teenage sisters who had recently arrived from Afghanistan. Sienna and Lily took them on an outing to the Santa Monica pier and provided them with supplies for the upcoming school year with the money the organization raised.

“It was a really great connection because of the overlap between our ages and, honestly, both our Middle Eastern cultures,” Sienna recalled.

In March 2020, she and Lily decided to expand the club to an independent organization. They started reaching out to students across Los Angeles to spread awareness about refugee crises and create opportunities for teens to help refugees, immigrants and asylum seekers.

“Because we were so young, it was hard to establish a sense of credibility,” Sienna said. “We had to basically convince all of these established partner refugee organizations that we had the ability to make a meaningful impact and actually have operational programs.”

These programs include creating lesson plans for learning English; training volunteers on how to communicate with refugees and respond to their trauma and needs; and starting orientation tours for refugees of Los Angeles landmarks, providing information in their native languages about their new neighborhoods, important contacts and details on American slang, among other information.

Most of the Refugee Empowerment Project’s clients come from the Middle East or Central America. In one typical case, Sienna took a family seeking asylum from El Salvador on an outing to the Griffith Observatory and provided them with contact information for government representatives, local pharmacies and police stations.

When a teenage girl in the family mentioned that her mother didn’t know where to take her little brother to play, Sienna started including local playgrounds in her community orientations.

The Refugee Empowerment Project recently hosted a conference focused on mental health in which speakers discussed local mental health services and the refugee experience and conducted meditation and mindfulness exercises.

Sienna said she plans to use the funding from the Diller Award to help refugees fund their education.

She has one year remaining in high school and isn’t sure where she’ll go to college. Wherever she ends up, Sienna said, she hopes to expand her organization’s impact through ambassadors on various college campuses.

“This is not just a high school project, but definitely something I want to continue doing,” she said.