The Iranian revolution was 40 years ago. Persian Jews in Los Angeles are still feeling the pain. 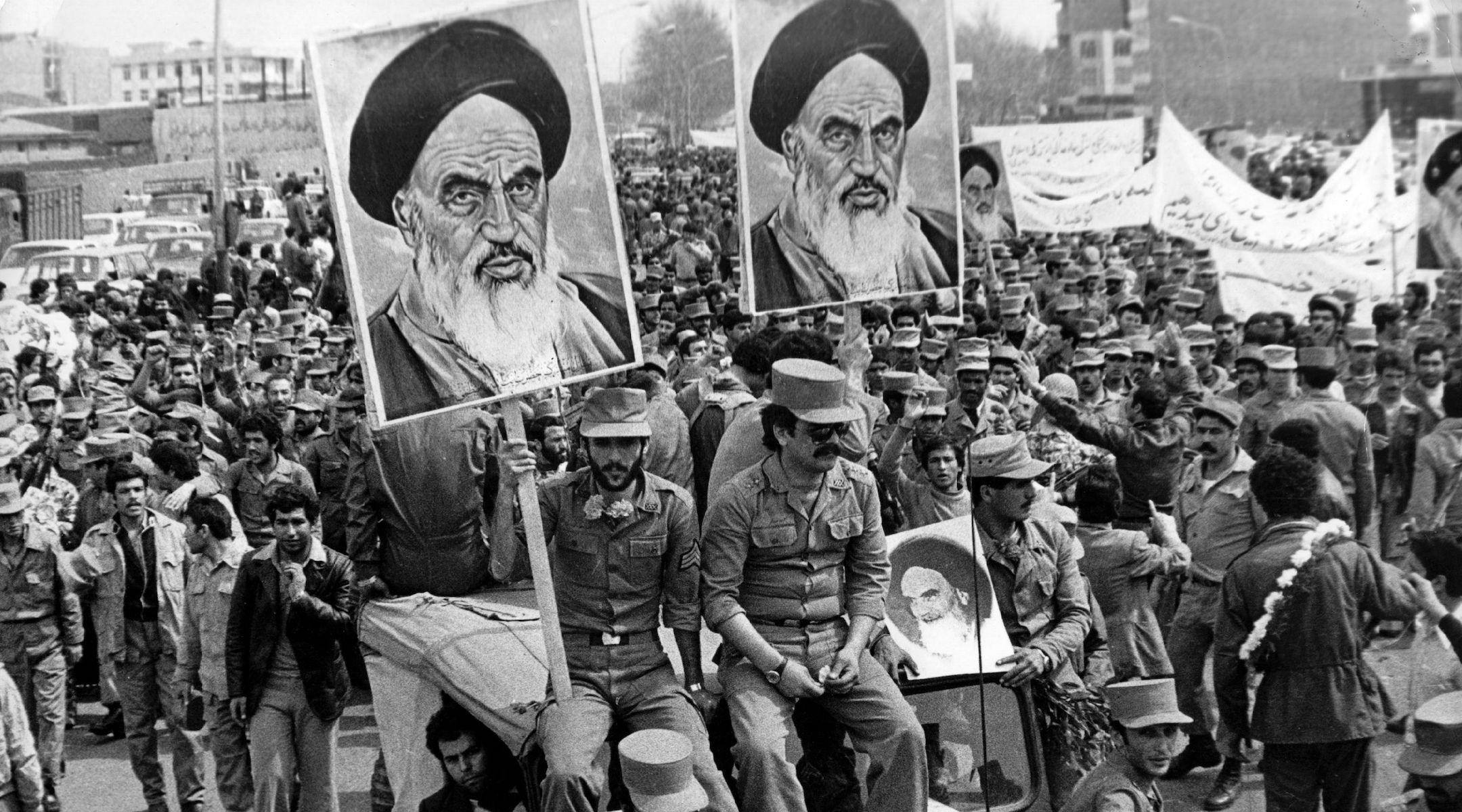 LOS ANGELES (JTA) — Asher Aramnia, an 83-year-old Iranian Jewish businessman living in Los Angeles, fought back tears recently when recalling his beloved cousin, who was randomly executed by Iran’s Islamic regime 40 years ago for the crime of operating a women’s beauty parlor there.

Aramnia is among the thousands of local Iranian Jews who this month are recalling the painful memories of the violence, imprisonment, anti-Semitism and total chaos they encountered 40 years ago after the Iranian regime’s late dictator, Ayatollah Ruhollah Khomeini, took power in Iran.

“We grew up together. I was devastated when hearing the news of her execution because she was supposed to be released from prison that very day,” said Aramnia, who arrived in the U.S. only  a few years before the revolution. He asked that his late cousin’s name be withheld because family members living in America still fear potential reprisals from the Iranian regime.

The nightmare for Iran’s Jews began on Feb. 1, 1979, when the exiled Khomeini returned to Iran, quickly dissolved the monarchy of Shah Mohammad Reza Pahlavi and shortly after established a new fundamentalist Islamic state. Practically overnight, the new theocratic regime eliminated many of the freedoms and civil liberties once taken for granted by Iranians — including the country’s Jews, who under the shah’s reign had experienced one of the greatest periods of peace and prosperity in their long history in the region.

The new regime also quickly executed several prominent Jews in the country, accusing them of sympathizing with the fallen monarchy or “spying for Israel and America.” For fear of what calamity might befall them, many Jewish families rushed to abandon their homes and businesses and fled the country — often under cover of night. Others lost everything they owned, as the new government confiscated millions of dollars in assets.

“The Islamic Revolution was a horrific calamity for Iran’s Jews since our lives were suddenly turned upside down when Khomeini took power,” said Joe Shooshani, a businessman and Beverly Hills city planning commissioner who arrived prior to the revolution. “Those of us who were able to adapt to our new lives in America have done well, and those who were unable to do so have suffered a lot.”

Under the late shah’s rule, Iran’s Jews, as well as other religious minorities in Iran, had become accustomed to being treated with respect, albeit as separate, distinct cultures. Now they were third-class citizens, and the atmosphere of hostility led thousands of them to flee the country after 2,700 years of living there.

Looking back, the trauma of that flight has left deep wounds within the Iranian-American Jewish community, which today, according to activists’ estimates, is approximately 40,000 in Los Angeles and 25,000 in New York. The Jewish community of Iran, which was 80,000 prior to 1979, is now 5,000 to 8,000.

Many have flourished in exile, clustered in “Persian” communities in Beverly Hills, Encino, Brentwood, Encino and other Los Angeles neighborhoods. Their cultural stamp is felt in a network of schools and synagogues here and in the Greater New York area. The Farsi language is still heard at kosher Persian restaurants in West Los Angeles and the Pico-Robertson neighborhood.

But many Iranian Jews continue to live in disbelief at what transpired during the revolution. Jewish flight from Iran began in earnest, most community members agree, in May 1979, when the new regime’s revolutionary guard executed 66-year-old Habib Elghanian, a philanthropist and the leader of Iran’s Jewish community on false charges of spying for Israel and America.

“Elghanian’s execution was mainly political, in order to tell the Iranian Jews that their time as equal and influential citizens had ended, while catering to the Palestinians who had been close to many Islamic revolutionaries before and during the revolution,” said Frank Nikbakht, an activist who left Iran after the revolution and now heads the Los Angeles-based Committee for Minority Rights in Iran. 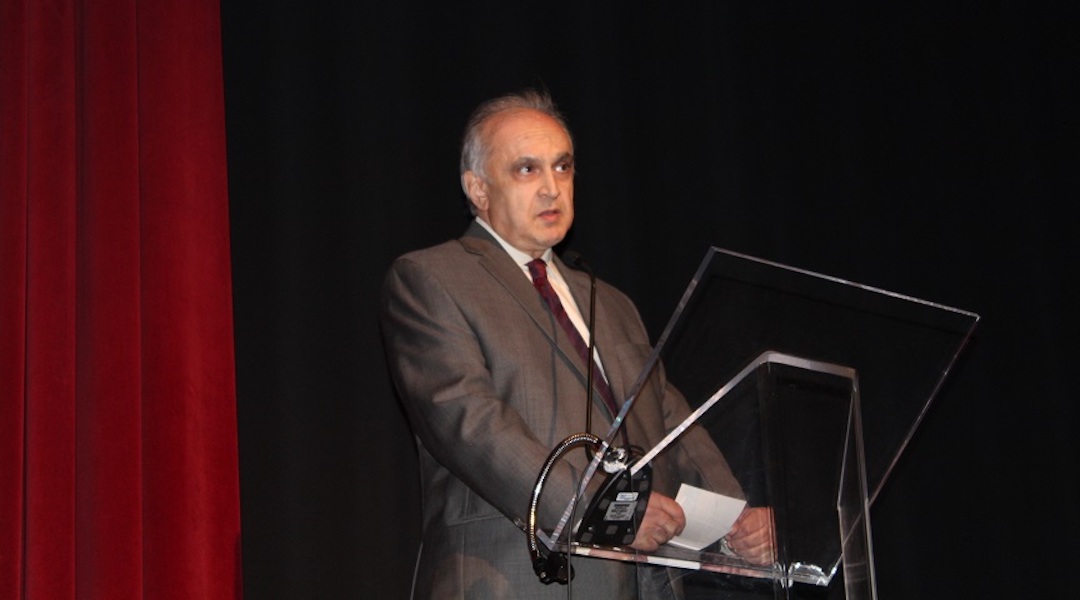 Nikbakht, now in his 60s, said Elghanian was not the last Jew executed by the Iranian regime. Since 1979, at least 14 Jews have been murdered or assassinated by the regime’s agents; two more Jews have died while in custody and 11 others have been officially executed. In 1999, Feizollah Mekhoubad, a 78-year-old cantor of the popular Youssefabad Synagogue in Tehran, was the last Jew to be tortured and then officially executed by the regime, according to a recent report prepared by the Committee for Minority Rights in Iran.

“Executing Jews from time to time was also a policy to keep them in line in Iran,” Nikbakht said. “In some cases, such as the Albert Danialpour case, executions had to do with business rivalries at the hand of Islamic killing judges like Ayatollah [Sadegh] Khalkhali.”

Danielpour was executed in Hamadan on June 5, 1980, charged with cooperating with the CIA and with Israeli intelligence. Khalkhali served as chief justice of the revolutionary courts.

With each Jew the Iranian regime executed, thousands of Jews fled the country. Nikbkaht said others left to escape the regime’s strict sharia laws, which were designed to humiliate and place Jews at a disadvantage.

Since then and until nearly 20 years ago, executions of Jews continued in Iran. In 2000, 13 Jews from the city of Shiraz were arrested on trumped-up charges of spying for Israel and faced execution. Yet as a result of a vocal campaign launched by Iranian-Jewish activists in Los Angeles and the larger Jewish community, the Shiraz Jews ultimately were imprisoned and later were released.

Other Iranian-Jewish leaders in Los Angeles recalled the difficult transition their community members made in settling into their new lives as immigrants in a new country. The Los Angeles-based International Judea Foundation, known as Siamak, was one of the first Iranian Jewish nonprofit groups made up of individual volunteers helping Iranian-Jewish immigrants with various areas of life.

“It was difficult for many Iranian Jews in the beginning to get acculturated to life in America,” said Dariush Fakheri, 69, the founder and head of Siamak. “But ultimately the revolution was beneficial to a great extent because we as a community realized our human potential with minimal boundaries to fulfill our dreams in this great country”.

Despite the hardships and upheaval Iranian Jews encountered following the 1979 revolution, the younger generation who have no recollection of Iran or were born in America said their families’ painful experiences at the hands of the regime are still very much alive for them.

“We must understand our community’s trauma — and there is no other word to describe it — of being forced to flee their homes, the consequences of which reverberates to this day,” said Sam Yebri, an infant when his family left Iran in the early 1980s.

“No matter how assimilated or affluent our community becomes,” he said, “we must remember where we came from, the sacrifices that our parents’ generation made and what responsibilities being part of the global Jewish world entails.”