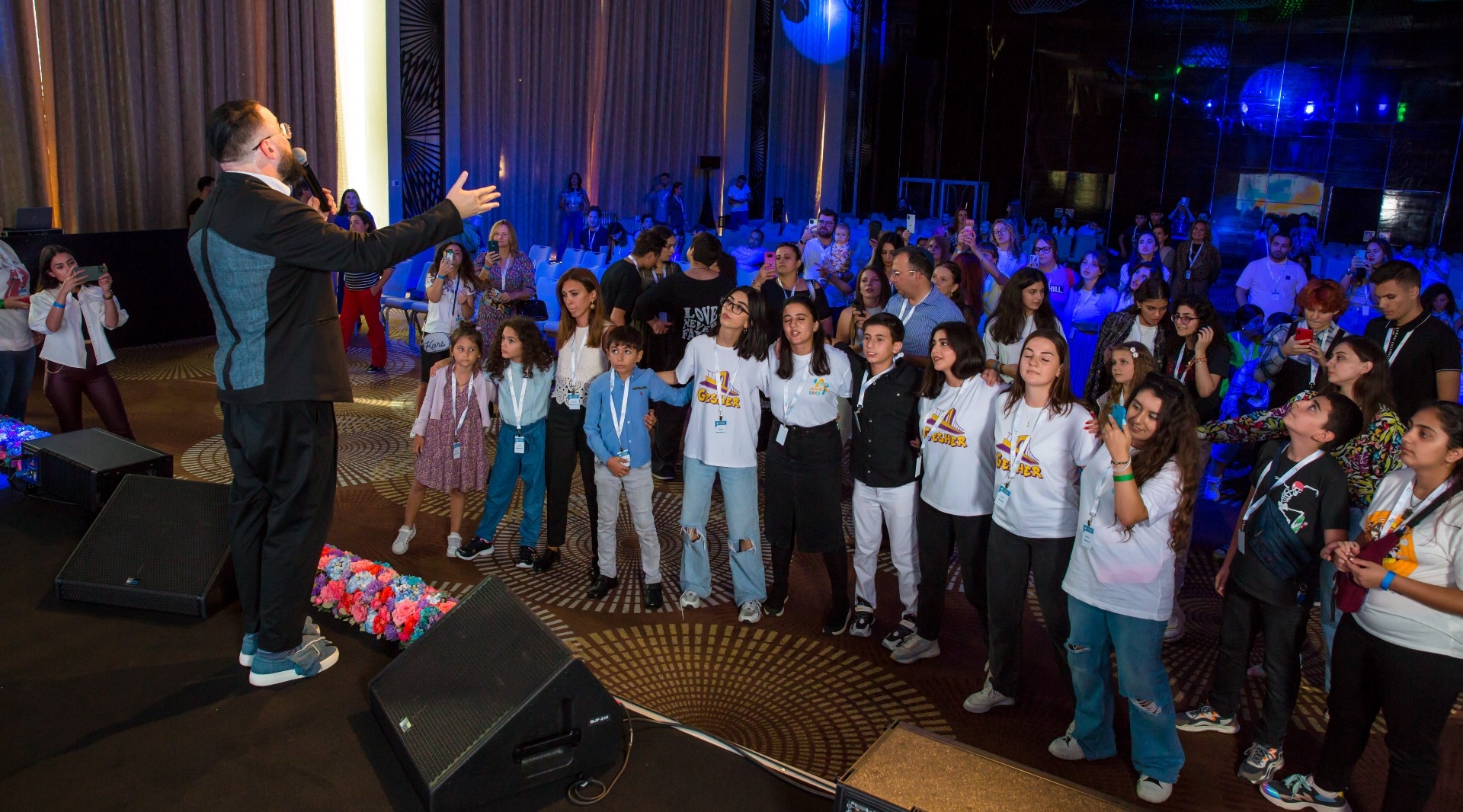 BAKU, Azerbaijan — It’s a Muslim country that’s friendly toward Jews. It has an ancient culture virtually free of antisemitism that also boasts the world’s only all-Jewish mountain village outside of Israel. And it has a young population of Jews eager to learn about Jewish history and traditions.

Welcome to Azerbaijan, which on Sept. 11 became the first Muslim-majority country ever to host a Limmud FSU conference, a learning event run by the global nonprofit for Jews from formerly Soviet countries.

“I specifically wanted to come here because it’s such an unusual place to host a Limmud,” said Limmud FSU co-founder Sandra Cahn. “Each Limmud has its own flavor, and I’m proud to be able to hold this particular gathering in a Muslim country with so much support from the Jewish community and the government.”

More than 300 people attended Limmud Baku 2022, a daylong festival of learning and Jewish culture in Azerbaijan’s capital that took place in a central hotel overlooking the Caspian Sea.

Baku is home to 4,000 of Azerbaijan’s estimated 24,000 Jews. The rest are so-called Mountain Jews, who have distinct cultural, linguistic and religious traditions that in some ways resemble those of their Muslim neighbors.

“This was our minyan country – the 10th – in which we’ve had a conference,” said Limmud FSU founder Chaim Chesler, “and what a special location. Baku is now part of the Limmud family.”

Noting the presence of 60 children and teenagers at the meetup, the organization’s secretary-general, Diane Wohl, said, “This really reflects the future of Limmud FSU. There’s a whole new energetic group of people here who are yearning to learn.”

Among them is Limmud Baku’s project coordinator, Sara Allahverdiyeva, a 22-year-old with a physics degree and the former program director of the Jewish Agency for Israel office in Baku.

“Jews here have traditions and cuisine you don’t find in other countries,” said Allahverdiyeva. “They spoke Gorski, a language that also died. That’s why people are interested, because if we don’t do conferences like this, people will forget their traditions.”

Natayan Babayeva, 21, was among the conference’s young volunteers.

“I like being part of the Jewish community,” she said. “It is my way of preserving a connection to my roots, because I do not come from a family that observes Jewish traditions. As a child I attended Jewish summer camp, and now I have become a Limmud FSU volunteer.”

For Ilyas Abushzada, 21, this was his first-ever Jewish community event.

“I learned of Limmud through my Jewish friends,” he said. “I want to learn as much as possible about Jewish culture and religion, and I see Limmud as a great opportunity to do that.”

Rabbi Marc Schneier, president of the New York-based Foundation for Ethnic Understanding and a frequent traveler to Muslim-majority countries, said Azerbaijan has the biggest Jewish community of any of the world’s 57 countries where Islam is the dominant religion.

“We Jews are grateful for the role that Azerbaijan and, in particular, President Ilham Aliyev, has played in serving as a role model for the other 56 Muslim countries, especially in three areas: its relationship with Israel, President Aliyev’s reverence and respect for his country’s indigenous Jewish community, and its example of inter-religious tolerance and coexistence,” he said.

Among other things, Azerbaijan’s remote village of Kranaiya Sloboda, located 25 miles south of the Azerbaijani-Russian border, is an all-Jewish shtetl of 3,500 inhabitants that also hosts the Museum of Mountain Jews, which tells the story of this community through artifacts such as traditional costumes and jewelry, ritual utensils, manuscripts and ketubot, or marriage contracts.

Dozens of speakers appeared at the Limmud FSU conference, speaking on topics ranging from the rebirth of Jewish communities in Arab countries to the psychology of motivation and how to achieve happiness. The conference also featured master classes in candle-making, ceramics, collages and painting. And for the first time-ever at a Limmud FSU conference, a volunteer used the occasion as an opportunity to make a public marriage proposal to his girlfriend (she accepted). 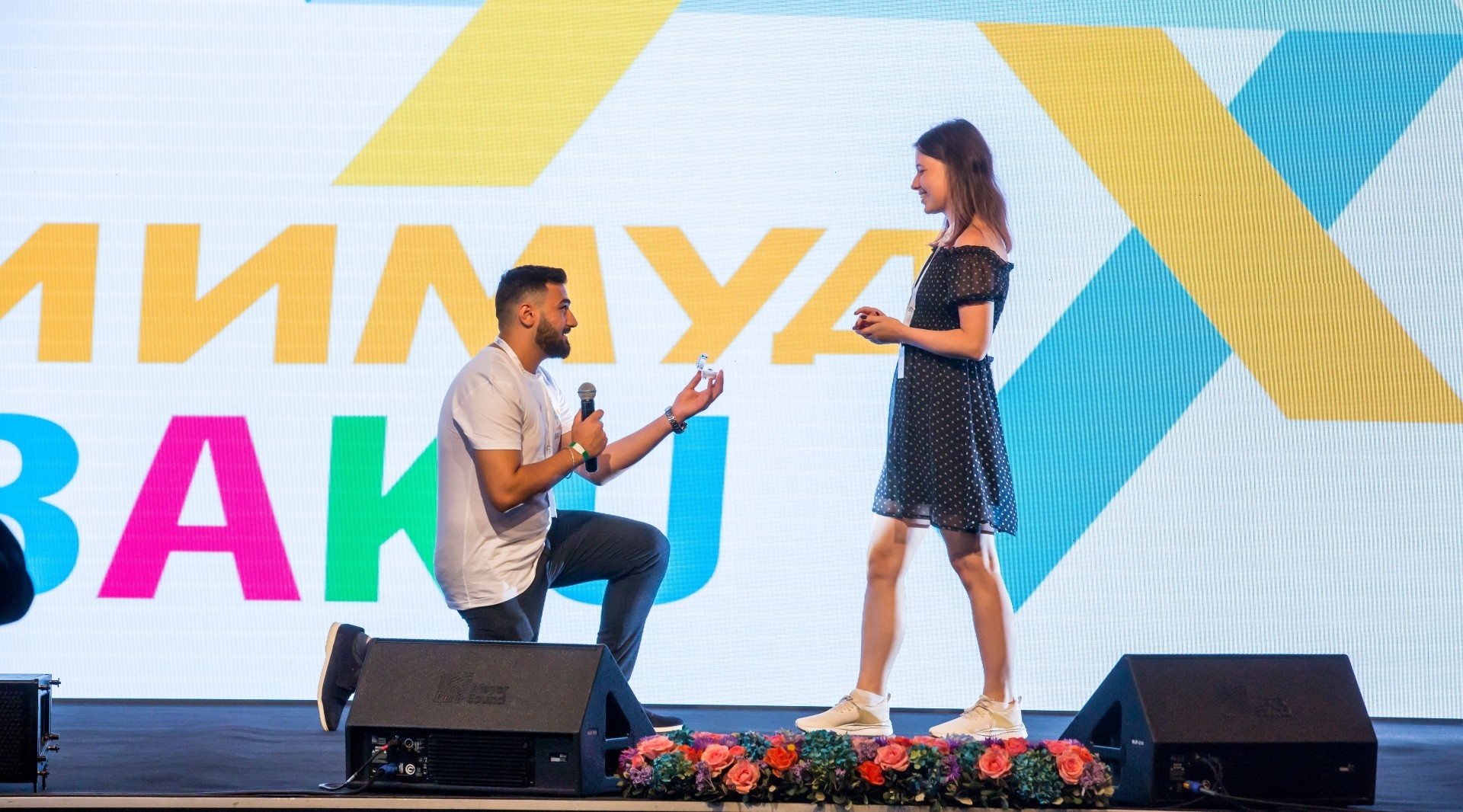 One volunteer used the occasion of the Limmud FSU conference in Baku, Azerbaijan, to make a public marriage proposal. (Emin Malishev)

Key supporters of Limmud FSU are the Conference on Jewish Material Claims against Germany, the World Zionist Organization, Genesis Philanthropy Group, the Israeli Prime Minister’s Office, Nativ, the Jewish National Fund – Keren Kayemet LeIsrael, Diane Wohl and others. Since the first Limmud FSU conference in 2006, at least 80 events across the globe have been hosted with
over 80,000 participants. Besides Chesler and Cahn, the organization’s leaders are Chairman Matthew Bronfman and President Aaron Frenkel.

“I’ve been coming here for 30 years, and I feel like this place is my home. Azerbaijan is a special country for me,” Frenkel said at the festival. “We understand that Azerbaijan loves its Jews. For example, the synagogue in Quba was built with help from their Muslim neighbors, and Jews helped build the mosque. So I’m happy to be here in this capacity. We have a lot to learn from you.”

Once Jewish life in the Muslim world is normalized, said Istanbul-based Rabbi Mendi Chitrik, spiritual leader of Turkey’s Ashkenazi Jews and chairman of the Alliance of Rabbis in Islamic States, “it creates an opening for the normalization of Israel with the Islamic sphere. This is not our mission, but an automatic outcome because we live here and we know the mentality.” Vugar Mammadov, a former Azerbaijani official, said the impact of having a Limmud FSU conference in the country is notable.

Arthur Lenk, who served as Israel’s ambassador in Baku from 2005 to 2009, has made it his mission since retiring from the foreign service to help Azerbaijan improve its education system. He spoke about a venture between Azerbaijan’s Education Ministry and the nonprofit organization ORT Israel in which teachers from the former Soviet republic visit Israel periodically to learn the latest techniques in STEAM subjects — science, technology, engineering, arts and mathematics — and apply those techniques in their classrooms back home.

“This is a huge change for anyone who grew up in the Soviet education system,” Lenk said. “Our main goal is to prepare students to become responsible citizens who are lifelong learners capable of meeting the challenges of adult life and entering the national labor market.” 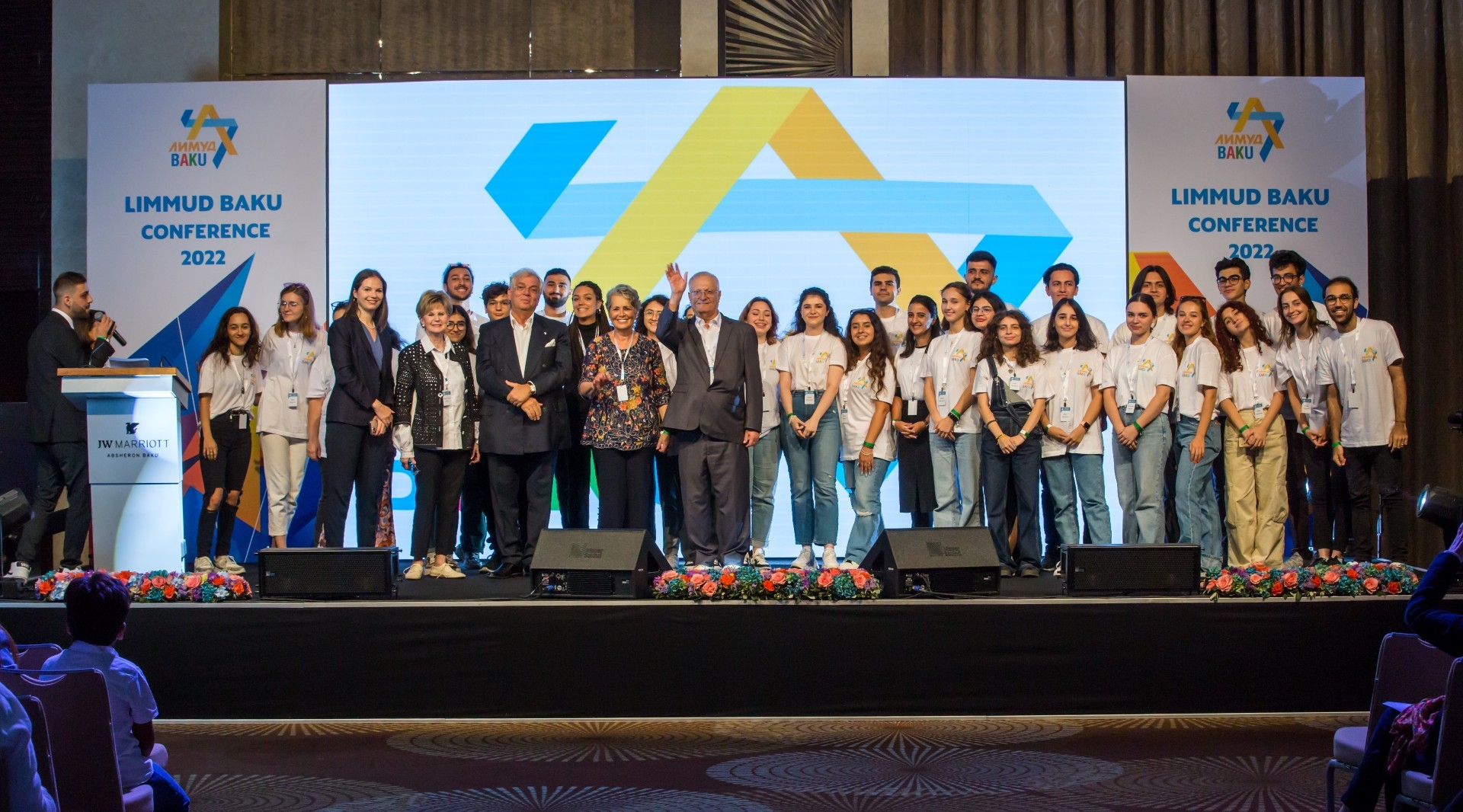 Alex Mershon, director of the Department of Culture and Education at Nativ, which is part of the Israeli government’s outreach to Jews in the former Soviet Union, said the event was an unprecedented success.

He said, “This conference has shown how many audiences there are outside the main countries of the FSU that are hungry for Jewish learning and engagement with Israel.”

Hamida Jafarova, who teaches Israel studies at Baku’s Azerbaijan University of Languages, recently spent a week in Israel courtesy of the Jewish Agency. Although not Jewish herself, she said at the conference that she feels a strong connection to Israel and its history.

“We have common values, and we have a similar history,” said Jafarova, 33. “I myself have been in synagogue several times. We are tolerant of all religions.”