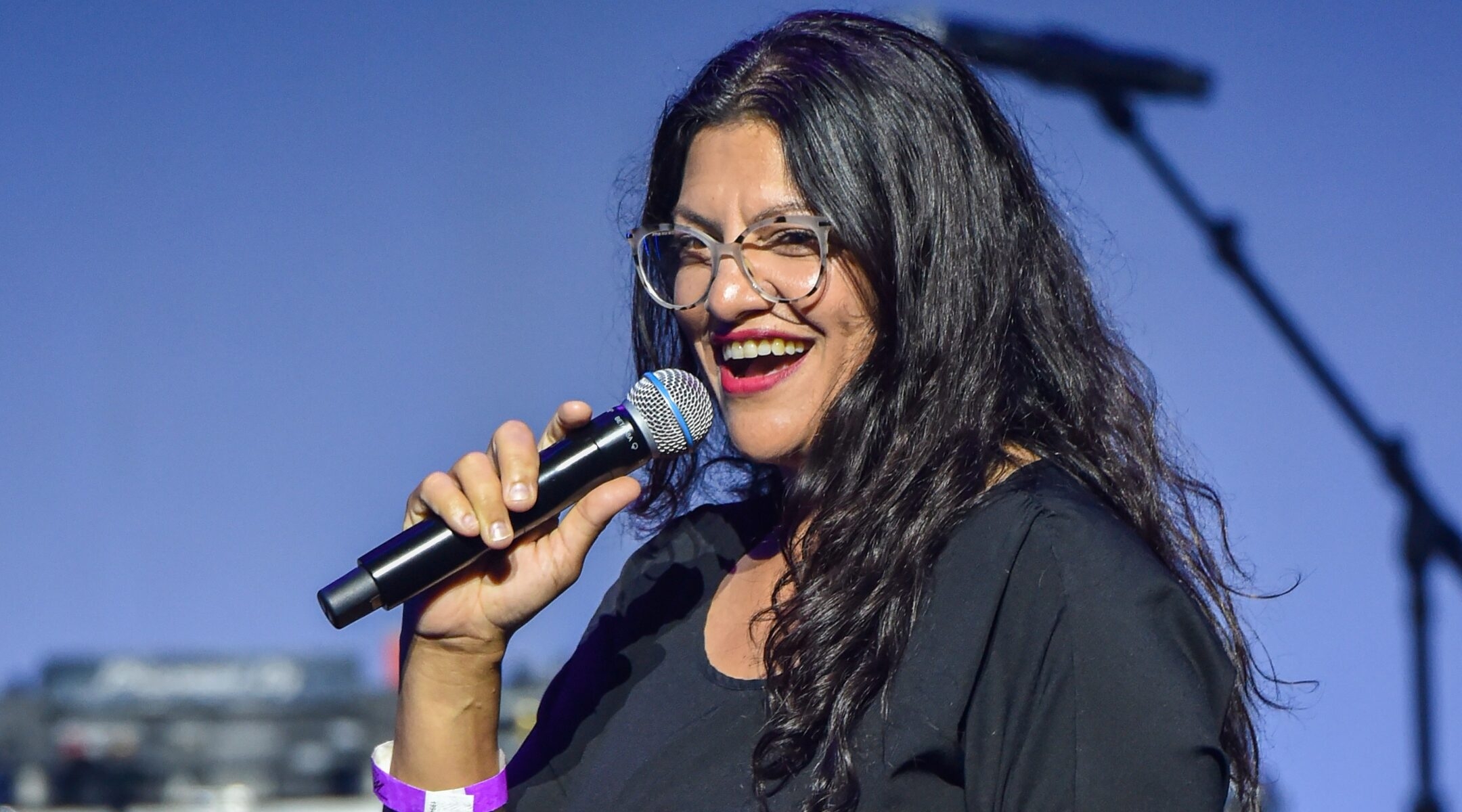 WASHINGTON (JTA) — It’s an argument that has percolated for years in salons and on social media and now members of Congress are duking it out: What fits better into the “progressive” portmanteau, supporting or opposing Israeli policies?

Rep. Rashida Tlaib, a Michigan Democrat who is Palestinian American and who is the only member of Congress who opposes Israel’s self-definition as a Jewish state, said Tuesday that there was no room in the progressive movement for supporters of what she called Israel’s “apartheid” government.

“I want you all to know that among progressives, it’s become clear that you cannot claim to hold progressive values, yet back Israel’s apartheid government, and we will continue to push back and not accept that you are progressive except for Palestine,” Tlaib said in an online forum organized by American Muslims for Palestine.

“Progressive except for Palestine,” known as PEP in political shorthand, has for years been a critique that pro-Palestinian progressives have aimed at pro-Israel progressives, and support for Palestinians and criticism of Israel has increased among progressives in recent years, although a substantial number in Congress remain aligned with the mainstream pro-Israel community.

Jonathan Greenblatt, the Anti-Defamation League CEO, posted the video of Tlaib speaking and tweeted, “In one sentence, @RepRashida simultaneously tells American Jews that they need to pass an anti-Zionist litmus test to participate in progressive spaces even as she doubles down on her #antisemitism by slandering Israel as an apartheid state.”

Tlaib is a member of the Congressional Progressive Caucus and at least two of her fellow members said they found her challenge offensive. “I fundamentally reject the notion that one cannot support Israel’s right to exist as a Jewish and democratic state and be a progressive,” tweeted New York Democrat Jerry Nadler, who is Jewish.

There were a number of other members of the caucus on the online forum, including Marie Newman of Illinois, Andre Carson of Indiana and Judy Chu of California.

Also commenting was Rep. Debbie Wasserman Schultz of Florida, who is not in the progressive caucus but is one of the leading Jewish Democratic members of Congress.

“The outrageous progressive litmus test on Israel by @RashidaTlaib is nothing short of antisemitic,” Wasserman Schultz tweeted. “Proud progressives do support Israel’s right to exist as a Jewish and democratic state. Suggesting otherwise is shameful and dangerous. Divisive rhetoric does not lead to peace.”

Rep. Ted Deutch, another Jewish Florida Democrat who is retiring to head the American Jewish Committee, said support for Israel was itself a progressive value.

“There are progressive activists, progressive students, and progressive Members of Congress whose support of democratic Israel is fundamentally a part of their progressive values,” he said on Twitter. “They all belong at the table. We will not be silenced.”

“I want you all to know that among #progressives, it becomes clear that you cannot claim to hold progressive values if you are an antisemite,” he said on Twitter.