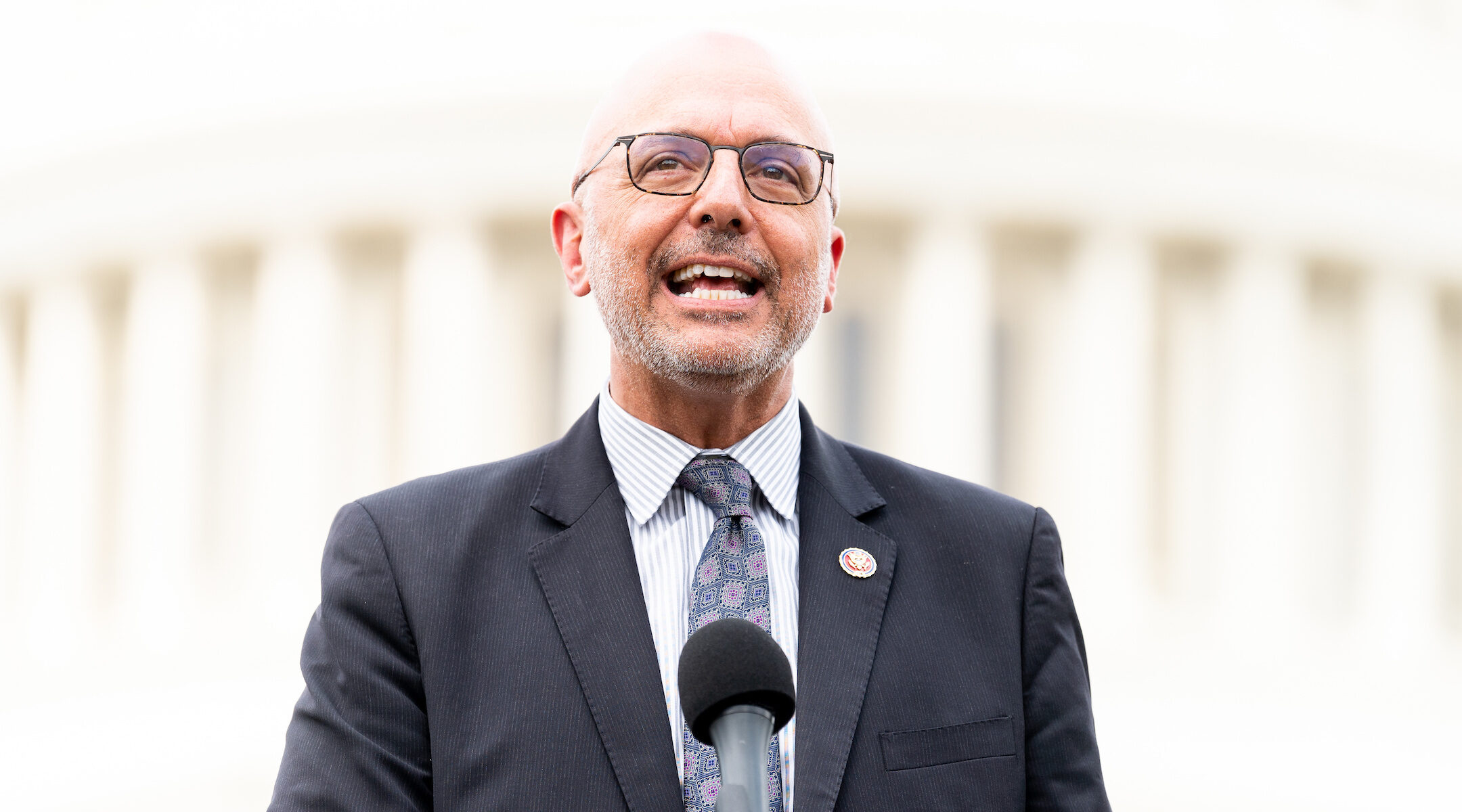 Rep. Ted Deutch speaks during an event in front of the Capitol to urge the passage of gun ownership background checks legislation, June 20, 2019. (Michael Brochstein/SOPA Images/LightRocket via Getty Images)
Advertisement

The vote Thursday was 420-9, with two voting present. The bill now goes to the Senate, where it is likely to be approved.

A number of progressives objected, saying that they were caught off-guard by the request at the last minute. The leadership pulled the item out of the broader funding bill and set up a standalone vote for Thursday.

Pro-Israel groups anxiously tracked the vote to see how extensive the influence was of the “Squad,” the grouping of leftists in the Democratic Party who in May directed their fury at Israel during the Gaza conflict.

But most progressives in the Democratic caucus, including those who vocally opposed the insertion in the broader funding bill, ultimately backed the Iron Dome funding, which was limited to Israel’s defense system and not to any offensive artillery. The nay votes, in the end, numbered only nine and included just four members of the six-member Squad — including Rep. Ayanna Pressley, D-Mass., who had enjoyed positive relations with many in the mainstream Boston Jewish community prior to her outspoken criticism of Israel in May.

Among other members of the Squad, Jamaal Bowman of New York voted for the funding and Alexandria Ocasio-Cortez of New York voted “present.” The “no” votes included one Republican, Thomas Massie of West Virginia.

The debate beforehand engendered a bitter exchange between one Squad member, Rep. Rashida Tlaib, D-Mich, who is Palestinian American and who voted “no,” and Rep. Ted Deutch, D-Fla., who is Jewish and chairman of the Middle East subcommittee. Tlaib called Israel an “apartheid” state and Deutch said that was “antisemitism.”