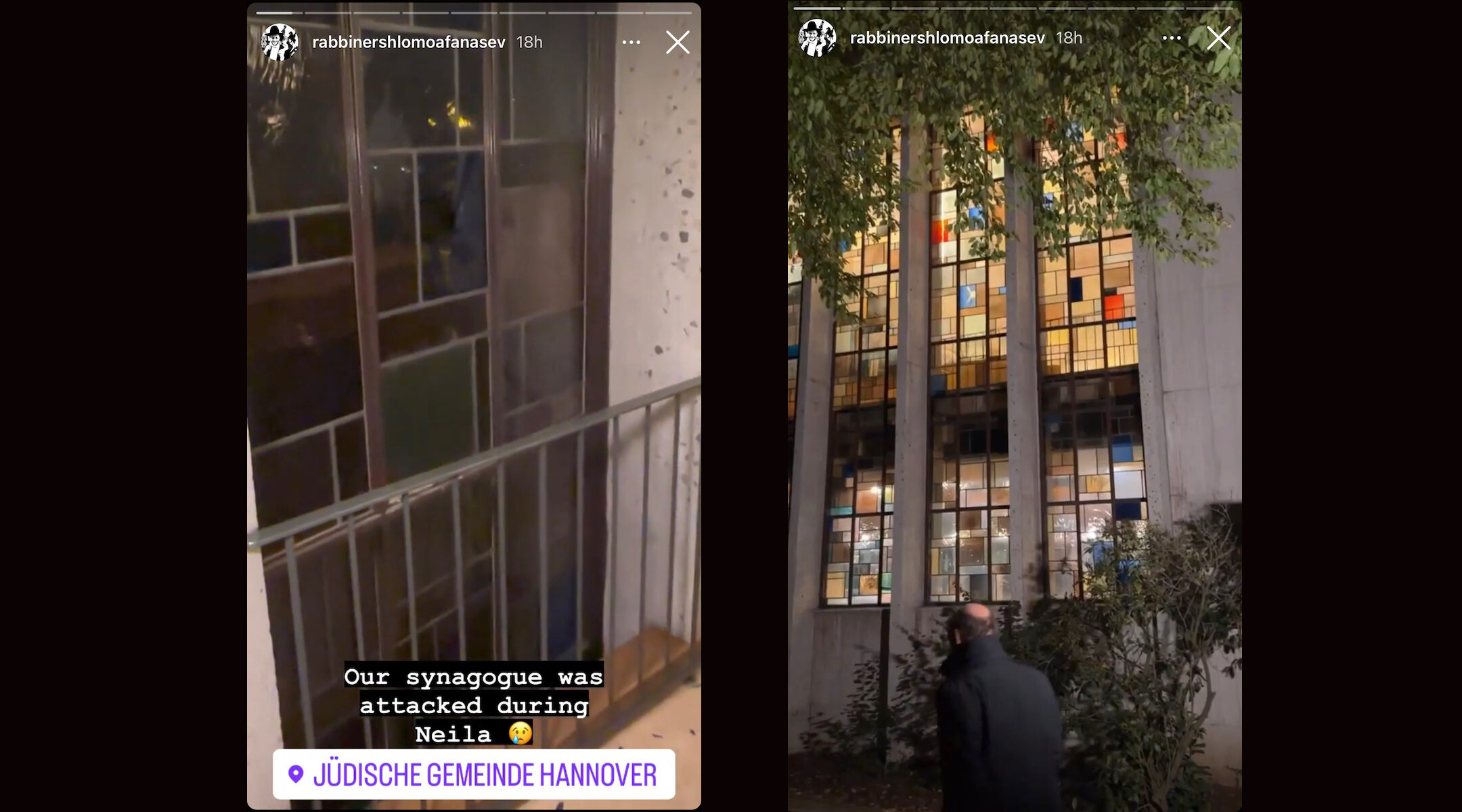 The rabbi of the Jewish community of Hannover, Germany, posted pictures of a broken window he said followed an attack during Yom Kippur services in 2022. (Instagram)
Advertisement

(JTA) — A broken window interrupted the final moments of Yom Kippur services in Hannover, Germany, unsettling a Jewish community on edge because of prior attacks during the holiday.

It was unclear late Wednesday exactly what had happened at the Orthodox synagogue in the northern German city, officials there said. Police are investigating and had learned that there are no video cameras in the vicinity, according to local media reports. No one was injured in the incident.

“I don’t want to play down what happened, but such criminal acts were often our historical companions,” Rabbi Shlomo Afanasev wrote on Twitter, where he posted videos of the broken window. “We will not be intimidated and will continue to build: our communities, our families, and Judaism in Germany.”

Rabbi Rebecca Blady, who was present during the attack in Halle and directs Hillel in Germany from Berlin, tweeted that she had put off signing online after Yom Kippur because she was afraid of what she would learn.

“Yom Kippur is never quiet here. I delayed returning to my devices and accounts til hours after the fast ended. To hold the high that I was blessed to have in Berlin today. Because somehow, in Germany, that high can’t last. Schade,” Blady wrote, using the German word meaning “pity.”

German officials say they want a full explanation of the incident in Hannover. “If it is confirmed that the window was smashed, this is not mere property damage,” Boris Pistorius, the interior minister of Lower Saxony, Hannover’s region, said in a statement. “Any form of violence against Jewish life is an attack on our free, open and solidary society.”

The German government reported a 29% increase in antisemitic incidents between 2021 and 2022, with most of the incidents emanating from the country’s right wing and most relating to online activity.