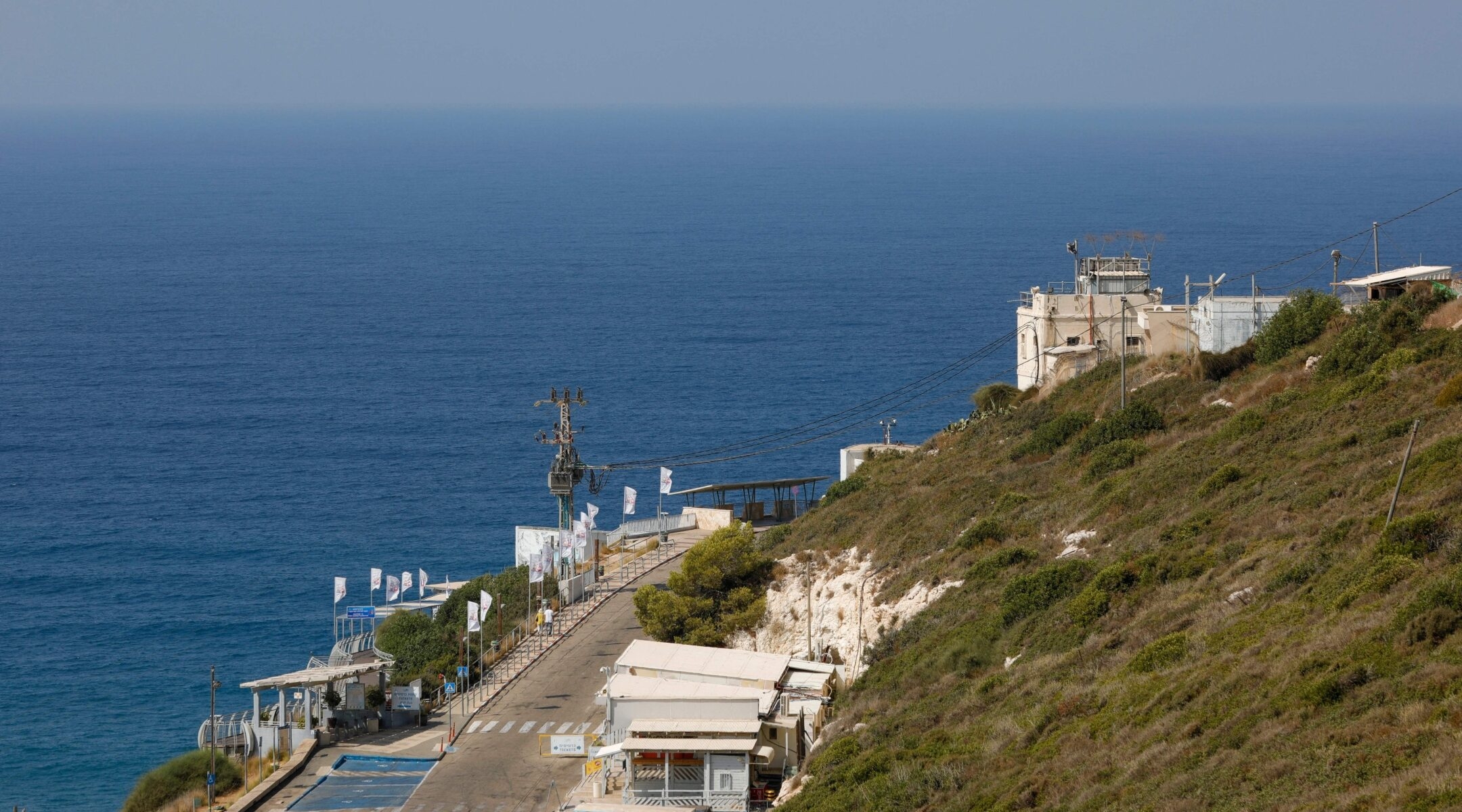 A picture shows a view of an Israeli military base at Rosh Hanikra, known in Lebanon as Ras al-Naqura, at the border between the two countries, Oct. 4, 2022. (Jalaa Marey/AFP via Getty Images)
Advertisement

WASHINGTON (JTA) — The Biden administration is still hoping to close a deal between Israel and Lebanon on a maritime border. Still, Israel is citing the deal’s apparent collapse to prepare for tensions on its northern border.

“Special Presidential Coordinator Amos Hochstein continues his robust engagement to bring the maritime boundary discussions to a close,” a National Security Council spokeswoman told the Jewish Telegraphic Agency. “We remain in close communication with the Israelis and Lebanese. We are at a critical stage in the negotiations and the gaps have narrowed. We remain committed to reaching a resolution and believe a lasting compromise is possible.”

Israel meantime was preparing for an outbreak of violence in light of reports that Hezbollah, the controlling militia in Lebanon, was not happy with Israel’s refusal to agree to Lebanese terms.

“In light of the developments in the maritime border negotiations with Lebanon,” a statement from Defense Minister Benny Gantz said after a meeting Thursday with top defense officials, “Minister Gantz instructed the defense establishment to prepare for any scenario in which tensions increase in the northern arena, including defensive and offensive readiness.”

Just days ago, all sides seemed to be close to a deal on setting a maritime border between the two countries, which are still technically at war, which seemed feasible. The rights to fossil fuel exploration in the Mediterranean waters off the Israeli and Lebanese coasts are at stake.

Prime Minister Yair Lapid on Sunday said he was examining the latest proposal advanced by Hochstein, the Biden administration’s lead negotiator. He did not reveal details except to say that Israel would derive income from a natural gas field that would fall on the Lebanese side of the border.

“The proposal safeguards Israel’s full security-diplomatic interests, as well as our economic interests,” he said.

The initial reaction from the Lebanese government and from Hezbollah, the terrorist militia that is more powerful than the country’s army and which has a veto on political outcomes, were positive. Hezbollah called Hochstein’s proposal a “very important step.”

However, according to Arab media, Hezbollah and Lebanon have balked at arrangements that would codify any relationship with Israel from the symbolic, including a signing ceremony, to the substantive, including buoys marking the border and requiring consultations with Israel to start new drilling for fossil fuels.

Hezbollah has hinted that launching a gas extraction field, Karish, on what would be the Israeli side of the border, would cross a red line and could lead to military engagement, Axios reported.