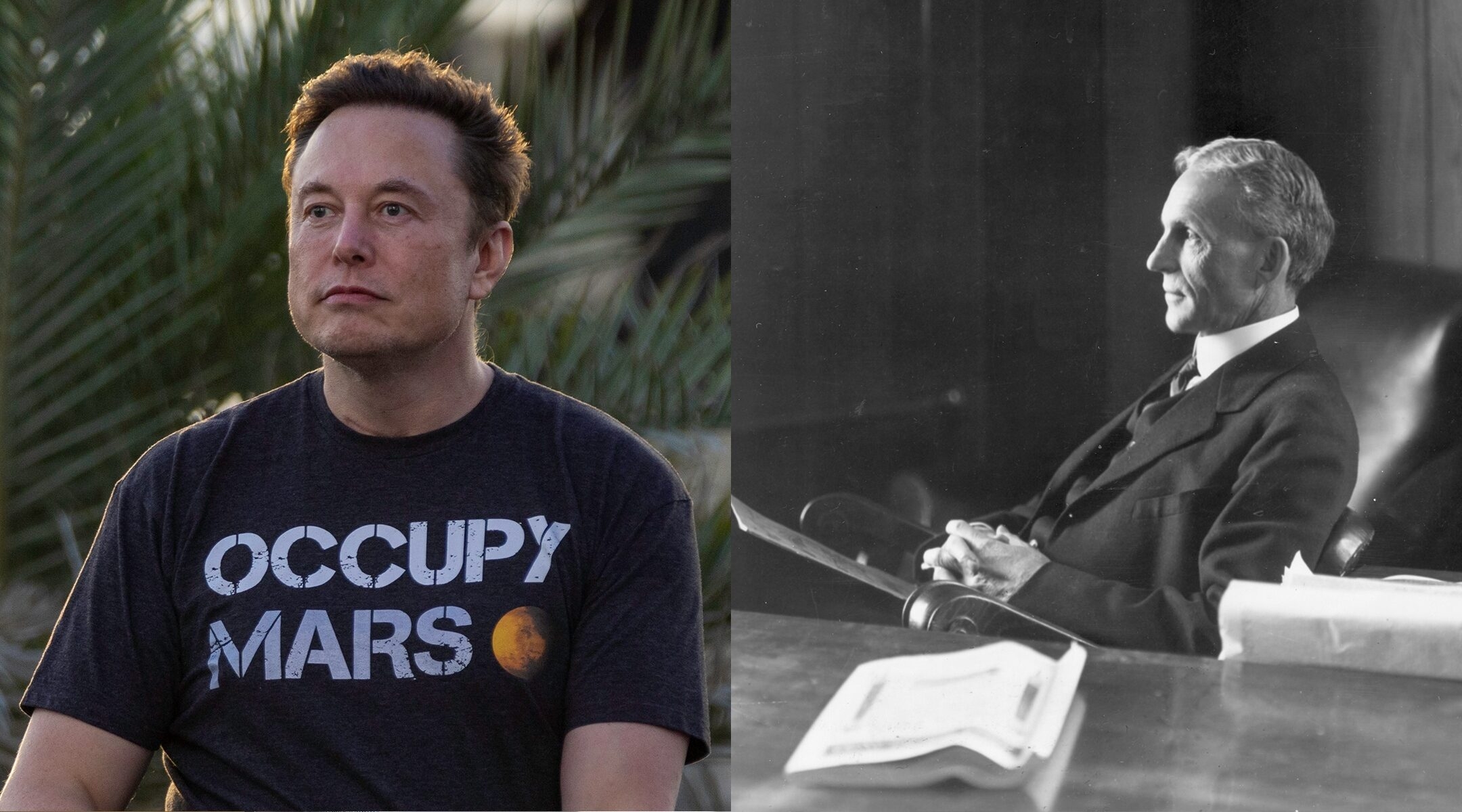 WASHINGTON (JTA) — Jonathan Greenblatt, the Anti-Defamation League CEO, is having second thoughts about holding up a notorious hater of Jews as an exemplar of American genius.

Speaking on CNBC Friday morning, Greenblatt praised Henry Ford, perhaps the most notorious American antisemite and someone he has previously criticized, as an antecedent for a certain contemporary car manufacturer.

“Elon Musk is an amazing entrepreneur and extraordinary innovator is the Henry Ford of our time,” Greenblatt said about the prospect of Musk taking over social media behemoth Twitter.

“He’s taken on big huge complex tasks that no one thought could be solved like rocketry or mobility or solar,” Greenblatt added about Musk. “And to think what he can do with the public square. I mean, I’d certainly have some qualms about just a handful of companies controlling so much of the public debate, but I’m hopeful the regulators will give this a chance.”

It was a jarring analogy. After all, Google “Henry Ford + the Anti-Defamation League” and you might get a deep dive into how the automotive pioneer was one of the lead purveyors of virulent antisemitism a century or so ago. Or an analysis of whether his company profited from Nazi slave labor. In 2020, Greenblatt called on then-President Donald Trump to apologize for praising Ford.

It was also a 180 for Greenblatt and the ADL on Musk’s intended Twitter acquisition. In April, when Musk revealed his intentions, the ADL posted an analysis entitled “Elon Musk Plans to Buy Twitter. Right-wing Extremists Rejoice.”  Greenblatt promoted the piece on Twitter, saying it was a “key perspective to pay attention to.” Indeed there has been widespread apprehension among Jewish officials at the prospect of Musk, who has derided the weeding out of hate speech, controlling Twitter.

After a backlash on Twitter (where else), Greenblatt said he might have made a more apt comparison. “Admittedly, the Henry Ford reference was wrong even though he was an innovator in the automobile industry. I certainly was not trying to praise Ford and didn’t intend to minimize his contemptible antisemitism in any way,” he said in a statement to the Jewish Telegraphic Agency.

But he added that he stood by his praise for Musk in fields outside social media — and said Musk’s success in his previous ventures meant he could set high expectations for Musk’s Twitter ownership.

“While I clearly could have been much clearer, I was laying down a gauntlet about what we expect Elon Musk to do,” Greenblatt added. “As I have been saying for months, we have serious concerns around how Musk will handle hate and harassment on the platform. As I’ve stated publicly repeatedly, we want to be cautiously optimistic about how Musk will run the platform because he successfully has innovated other industries and tackled incredibly complex problems. I would implore him to apply an equal level of effort and resources, not just to optimizing the business model, but to turning around the toxicity so rampant on Twitter and improving public discourse as a result.”

Musk is on the hook to complete his purchase of Twitter by Oct. 28 to avoid a trial over his past effort to back out of the deal. He must finalize $44 billion in financing by then.