A bitter battle between two bagel shops boils over in Columbus 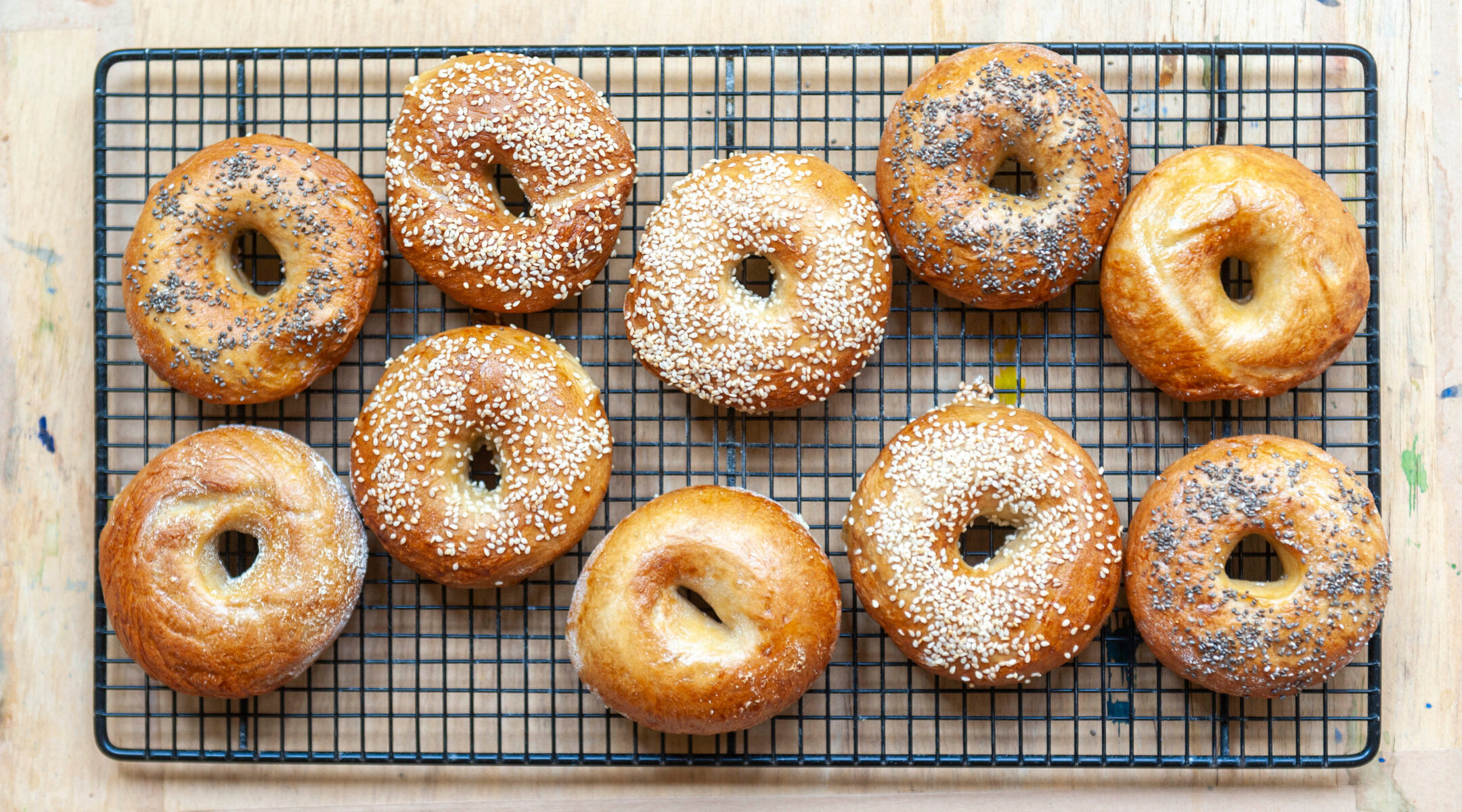 (JTA) — A feud between two Jewish bagel shop owners in Columbus, Ohio, has spilled out of the oven and into full public view, resulting in a lawsuit and restraining order.

The Columbus Jewish News reports that the owner of Block’s Bagels, a local Jewish deli mainstay since 1967, last week sued former business partner Jeremy Fox, owner of the Fox’s Bagels & Deli chain, after the latter moved to rebrand two shops the parties had been operating jointly.

In court earlier this week, the judge in the case ordered two Fox’s locations to continue purchasing products from Block’s, saying the latter “has met its burden to demonstrate by clear and convincing evidence that it is entitled to a TRO [temporary restraining order],”  the Columbus Jewish News reports.

The Fox’s locations, which opened in 2017 and 2020, had been jointly operated and branded as Block’s Bagels shops until earlier this month, when Fox announced on Facebook that all locations would be rebranded under the Fox’s label and that the Block’s shops would be “closed.”

According to the lawsuit, this change — which the Block family said they only learned about from Facebook — also meant that Fox would be sourcing his bagels and other food products from a different supplier, sticking Block’s with $10,000 in nonreturnable perishable goods and violating their supply agreement in the process. Fox had purchased another local bagel maker, Sammy’s Bagels, earlier this year.

“Jeremy Fox’s actions as it relates to the Broad Street bagel shop formerly named Block’s Hot Bagels risks the livelihoods of my employees,” Hal Block, the 89-year-old owner of Block’s Bagels, told the Columbus Jewish News in a statement. “I cannot sit idly by and watch this happen.”

Block further alleged that Fox purchased a competing bagel production facility “behind our backs” as Block’s son Steven, who had taken over the business from his father, was dying of cancer earlier this year.

“Originally our license agreement was intended to be a short-term solution,” Fox had told the Columbus Jewish News about the rebranding prior to the lawsuit. “It’s been nearly six years now and it was time for us to go our separate ways.” Fox said the change would give the chain “more freedom to operate and expand our menu to better fit the community and its ever-evolving needs.”

The Block family has long been active in Columbus’ Jewish community. Steven was a board member of Congregation Agudas Achim and the family are supporters of the Columbus Jewish Center, known for donating bagels to various Jewish events. Both Steven Block and Jeremy Fox had their bar mitzvahs at Agudas Achim, according to CJN.

“I’m 89 years old,” Block told the CJN. “My plans at this stage of my life didn’t include a legal fight to try and obtain what is owed from a business partner who we helped establish and set up for success.”

Columbus isn’t the only place where bagelers have feuded recently. A Jewish deli in Hong Kong was at the center of a social media uproar this summer. And to come full circle, a Hallmark Channel movie this Hanukkah will center around warring Jewish deli owners who fall in love.

This story was produced in partnership with the Columbus Jewish News.