Yeshiva University, fighting students’ LGBTQ club, launches one of its own 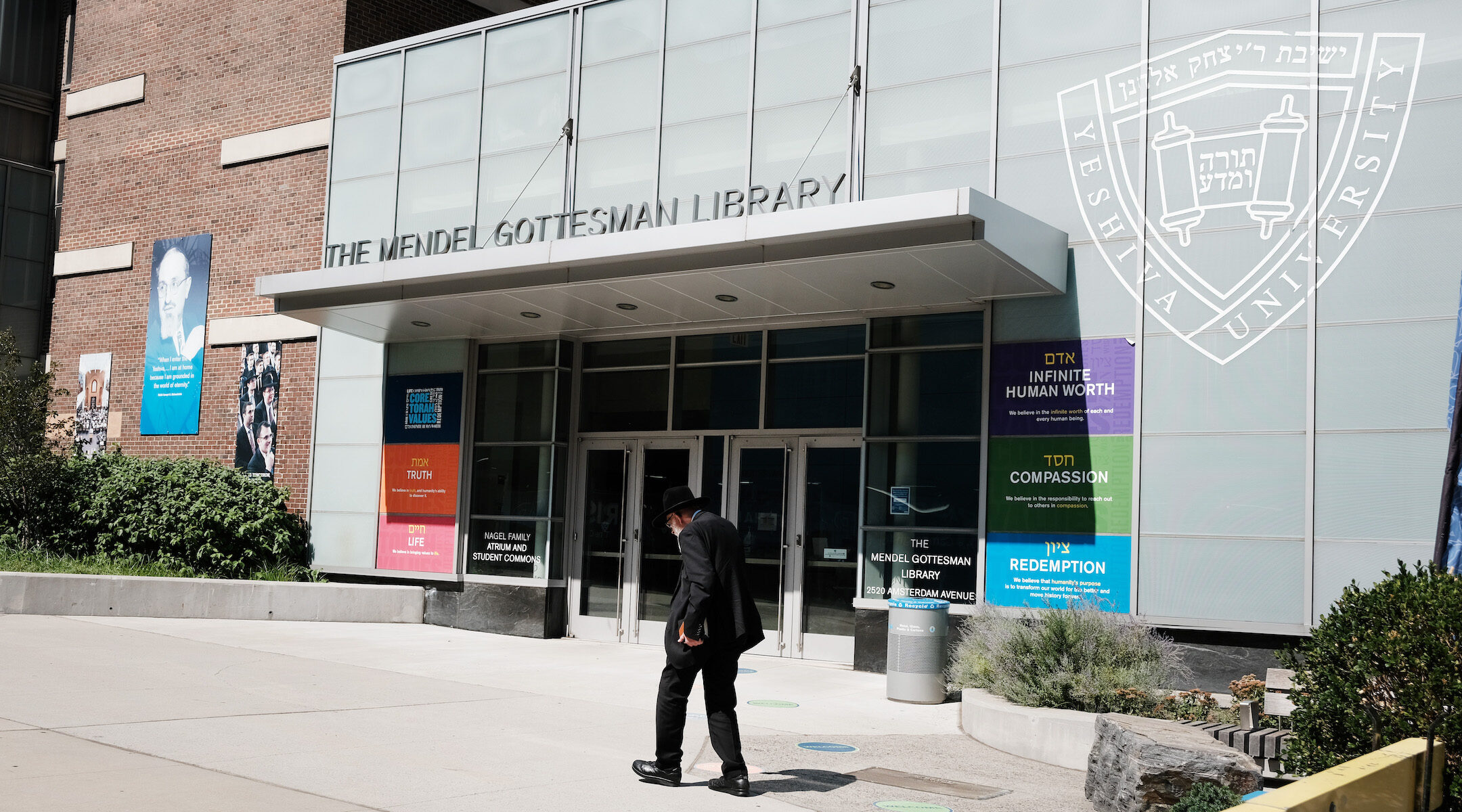 The Modern Orthodox university announced Monday that the alternative club reflects input and perspectives from conversations among its rabbis, educators and current and past undergraduate LGBTQ students.

Named the Kol Yisroel Areivim Club, which refers to the Jewish principle that all Jews are responsible for one another, the club “was approved by the Administration, in partnership with lay leadership, and endorsed by senior Roshei Yeshiva,” including Rabbi Hershel Schachter, the Rosh Yeshiva, or chief rabbinical authority, of Yeshiva University.

The announcement is the latest attempt by the university to reconcile its stated commitment to ensuring “an inclusive campus for all students” and its religious opposition to homosexual behavior under its interpretation of Jewish law. Previously, the university had canceled all student clubs rather than accede to a court order demanding that it recognize the YU Pride Alliance, a support group for LGBTQ students that has been unofficially active on campus since 2009.

In a statement, the YU Pride Alliance called the new club “a desperate stunt by Yeshiva University to distract from the growing calls from its donors, alumni, faculty, policymakers, and the business community, who have stood alongside the YU Pride Alliance, as we continue to fight for our rights.”

“The YU sham is not a club as it was not formed by students, is not led by students, and does not have members; rather, it is a feeble attempt by YU to continue denying LGBTQ students equal treatment as full members of the YU student community,” its statement continued.

“This process violates one of our core queer Jewish values of ‘nothing about us without us,’” Fried, a lesbian alum of Y.U.’s affiliated Stern College for Women, wrote in a statement to the New York Jewish Week. A decision “made without LGBTQ+ individuals and queer voices at the table is concerning and can even be harmful to the very people it aims to support,” she added.

Yeshiva University officials did not respond to requests for comment.

The university will also bolster its existing on-campus support services for LGBTQ students, according to the announcement, which include sensitivity training for faculty and staff, specialized consultations through the counseling center and strict anti-harassment, anti-bullying and anti-discrimination policies.

In the announcement, the university emphasizes that the club will support students within the framework of halacha, or Jewish law.

“Within this association students may gather, share their experiences, host events, and support one another while benefiting from the full resources of the Yeshiva community,” the statement said.

The university has not recognized the YU Pride Alliance up to this point, citing that it goes against the school’s “Torah values.” It is unclear from the announcement how the Kol Yisroel Arevim Club will differ.

In June, a New York State Supreme Court judge ruled that Y.U. must recognize the YU Pride Alliance, saying the school is defined as a secular institution in its charter and therefore subject to the New York City Human Rights Law.

Y.U. sought relief from that ruling from the U.S. Supreme Court, and when that motion was denied, temporarily suspended all student clubs through the Jewish holidays, which ended this year on Oct. 18.

The administration has received criticism for its actions from faculty, alumni, students and donors, especially from its graduate programs, which include a law school, medical school and school of social work. Y.U. has indicated that it will continue to defend its position as the case proceeds in New York State courts.

A number of Modern Orthodox institutions have in recent years sought to be more welcoming to LGBTQ students, even though few Orthodox authorities have ruled that same-sex marriage or sexual relations can be countenanced under Jewish law. SAR Academy, a Modern Orthodox day school in the Bronx, is one of the only Modern Orthodox schools that sanctions an official Gay-Straight Alliance — a club formed last year with input from JQY.

An SAR administrator explained to the New York Jewish Week earlier this year that the school’s goal in approving the club was “balancing the heteronormative nature of our community with our belief that the Orthodox community must be a place for all Jews regardless of gender or sexual orientation.”