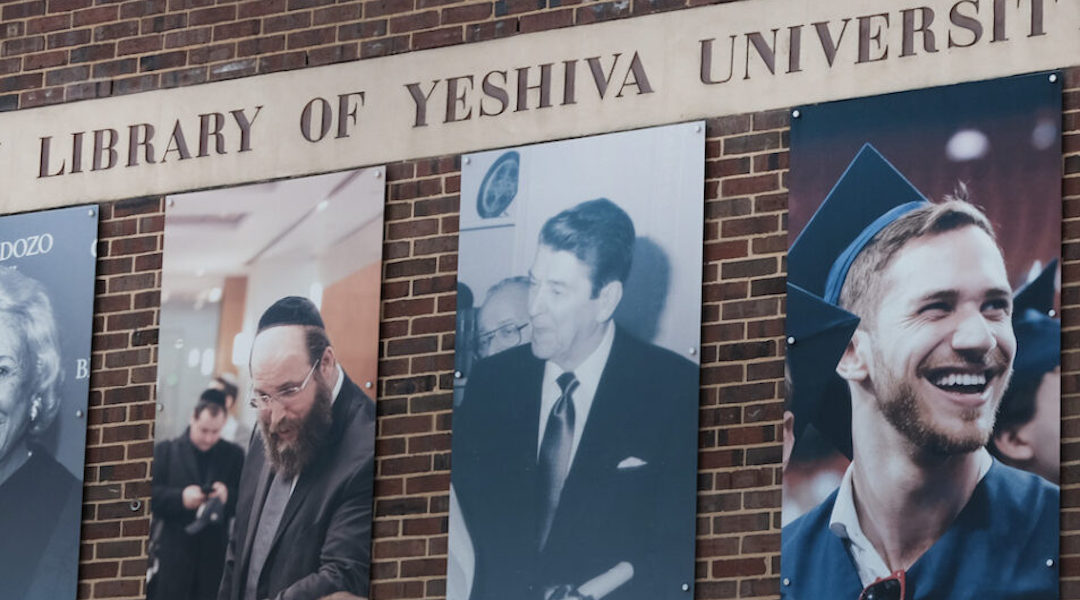 (New York Jewish Week) — Student clubs at Yeshiva University will resume later this month after a judge approved an agreement between the university and an LGBTQ club pausing their dispute until all appeals are decided.

The Modern Orthodox university had suspended all club activity rather than comply with a previous court decision ordering it to support the YU Pride Alliance over the administration’s rigorous objections.

The LGBTQ club had proposed the “stay” in the dispute, saying it did not want other clubs punished while Y.U. pursued its case in court.

The university announced the resumption of clubs following the Jewish holidays in a press release from the Becket Fund for Religious Liberty, which is representing Yeshiva University in its case against the YU Pride Alliance.

On Sept. 29, a New York State Supreme Court officially granted a permanent stay to Yeshiva University — hitting pause on a judge’s order from this past June that would have required the university to recognize YU Pride Alliance as a campus club. It will last throughout the entire appeals process, including any future appeals to the U.S. Supreme Court.

The stay comes after weeks of strife within the university over Y.U.’s attempts to block the club, which it says represents values it cannot condone under its Orthodox interpretations of Jewish law concerning homosexuality.

The YU Commentator, the student newspaper, reported that although clubs will open again, campus events and activities will not resume for weeks afterward, as there is a lengthy approval process for club activity. Shemini Atzeret, the last holiday in the autumn High Holiday season, ends this year on the evening of Oct. 18.

“Because no clubs have been approved, there is not even a live link to submit an event request for clubs,” Baruch Lerman, the president of the Yeshiva Student Union, told the Commentator.

Meanwhile, Jewish Queer Youth, the organization that has been funding and housing the YU Pride Alliance over the last few years, had offered to provide funding for campus club events until they can resume on campus. The Commentator reported that the organization has already approved $1,160 to fund at least three events.

In a 5-4 decision to deny the university’s first stay application on Sept. 14, the U.S. Supreme Court said that once the university exhausted all of the appeals to the New York courts, it could bring its case back to the Supreme Court.

The university has received pushback on its decision to block the YU Pride Alliance on campus, especially from students and faculty in its affiliated graduate programs. Lower courts have said that because the university is chartered as a public institution eligible for public funding, it cannot violate New York State’s human rights regulations regarding LGBTQ students.