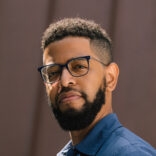 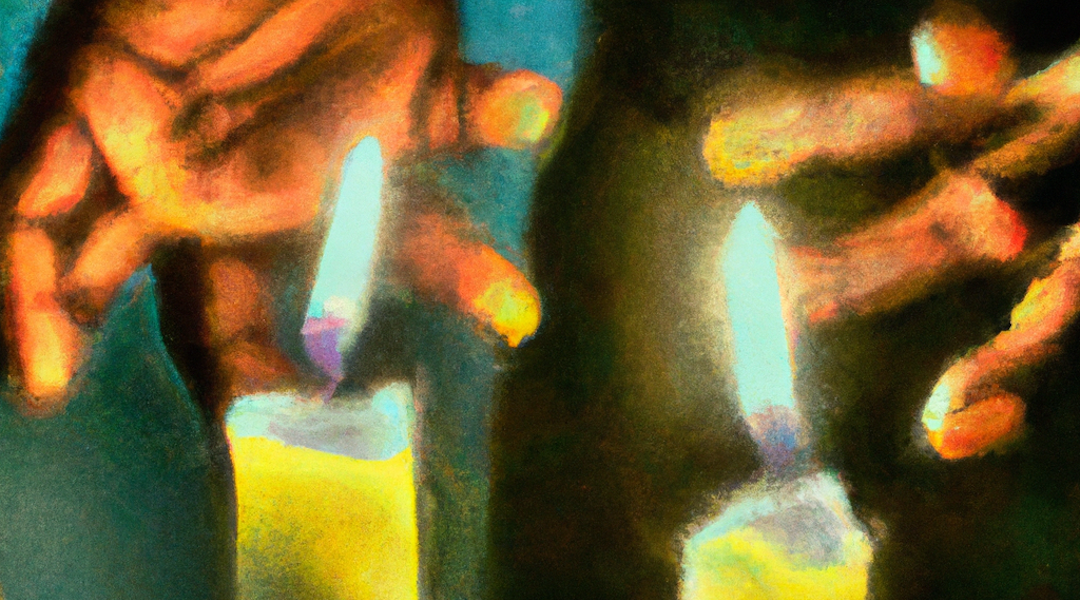 "To live as a Black Jew in America means to live with an awareness of just how precarious group belonging can be." (JTA illustration)
Advertisement

(JTA) — When I read the news about Kanye West, I didn’t know whether to turn off my phone, or throw it.

I knew it would only be a matter of time before the emails and texts began rolling in: What do you think about Kanye? What’s to be done about antisemitism in the Black community? You must agree that Ye is challenging systems of power, not being antisemitic! Have you read this article by Black person X? Have you read this thought-piece by Jewish person Y? You know Heschel and other Jews walked with King at Selma; what would it take to get back to that!?

Here’s the reality: I am Black, I am a rabbi and I am a theater artist who frequently makes work that probes the intersections of Black and Jewish identity. So yes, I get why any number of people reached out to get my “take.” But to be honest, I find the Kanye saturation of this moment to be more exhausting than instructive, harmful as his incessant flow of antisemitic bile is.

The reason for my exhaustion is that moments like this more often result in stale public rehearsals of facts-and-figures, rhetorical whataboutism and, in my case, private requests for explanations or defenses. In cases where there’s a public apology, we might get a heavily staged meeting between a symbolic Black person and a symbolic Jew, but no one really thinks that such a “coming together” does the real work of forging understanding.

In short, events like these tend to result in panic and punishment, not in introspection.

Lest I be misunderstood, let me state a few points clearly:

Inhabiting a Black and Jewish identity in contemporary America can be maddening. It is like navigating a rhetorical funhouse: You know that your lived experience is fully coherent, but the reflections you encounter along the path distort, disfigure and “invisiblize” your reality. More precisely, as a Black Jew you are forced to consider your identities from the perspectives of others, very few of whom have given any thought to your particular existence. If this idea sounds familiar, well, it is. It’s actually quite old.

In his seminal 20th century masterpiece, “The Souls of Black Folk,” the eminent Black polymath W.E.B. Du Bois addressed the conundrum of living in a society where the structures of racism force Black people into a split consciousness. “It is a peculiar sensation,” Du Bois writes, “this double-consciousness, this sense of always looking at one’s self through the eyes of [white] others, of measuring one’s soul by the tape of a world that looks on in amused contempt and pity. One ever feels his twoness, — an American, a Negro; two souls, two thoughts, two unreconciled strivings…”

While I have reservations about aspects of Du Bois’s broader worldview (e.g. his intra-Black elitism, his romantic view of nations and peoplehood) I find deep resonance in his observations on “double consciousness.” I have been in countless situations where I have simply sought to follow my interests, only for my Blackness to be the cause for minor and major slights. I have also endured antisemitic aggression and witnessed anti-Jewish religious sentiment up close. What is more, I have experienced the above in Jewish communities and Black communities, respectively. I am not alone in this. Many Black Jews can attest to the same.

To live as a Black Jew in America means to live with an awareness of just how precarious group belonging can be. In the case of hate speech, it also means an unfortunate familiarity with the frequent intersections between anti-Blackness and antisemitism.  Such experience would lead me to believe that Black Jews might have something unique to say in this moment. And yet, predictably, what has happened since Kanye’s recent spate of antisemitic tweets is that Black Jews have been functionally overlooked in the public discourse — our voices relegated to small or parochial news outlets, niche podcasts, newsletters or Twitter feeds.

To me, this phenomenon places Du Bois’s observations in greater relief. Namely, being Black and Jewish in America is more than an act of “double-consciousness,” it is an act of “triple-consciousness.” In this configuration, I know by virtue of my Black, Jewish and American identities that I am an integrated being who embodies a way forward for our society, but I am often made to contend with the fact that my communities, and society in general, can only grasp my identity in its discrete parts, not as a whole.

In case you think this “triple consciousness” is theoretical, let me give a few concrete examples.

To live with “triple consciousness” is to notice that there were relatively few calls beyond those of Black individuals to condemn and boycott Kanye when he trafficked in white supremacist, anti-Black ideology.

To live with “triple consciousness” is to argue with non-Jewish acquaintances that pointing out the number of Jews in finance and media does not a keen observation make, nor does it provide evidence of a powerful cabal.

To live with “triple consciousness” is to carry the distinct, lived histories of two peoples in your heart and mind at all times. To live with “triple consciousness” is to know in the most intimate way that anti-Black rhetoric hurts Jews, and antisemitic rhetoric hurts Black people, because there are many of us who carry both identities and cannot disentangle them one from the other.

Finally, and most personally, to live with “triple consciousness” is to wonder whether my mixed Jewish child will grow up in an America where she feels compelled to closet aspects of her identity because society cannot hold the wonder of her complexity.

I cannot solve the issue of “triple consciousness” — after all, I did not create the strange reality underpinning it. Such a feat calls for a tremendous amount of work, honesty and humility. It also requires a critical willingness to interrogate how multiple oppressions are interlinked, rather than to dismiss such language as performative and overly “woke.”

I am not interested in virtue-signaling, much less ideological purity. Rather, I want what everyone wants, what Du Bois wanted: the simple dignity to be myself — Black, Jewish and American, “without being cursed and spit upon.”

Kendell Pinkney
is a New York based theater artist, producer and rabbi. He is the Rabbinical Educator at Reboot and the founding Artistic Director of The Workshop, an arts and culture fellowship for BIPOC-Jewish artists.
The views and opinions expressed in this article are those of the author and do not necessarily reflect the views of JTA or its parent company, 70 Faces Media.