Gad Elmaleh, popular comedian who has been source of pride for French Jews, converts to Catholicism 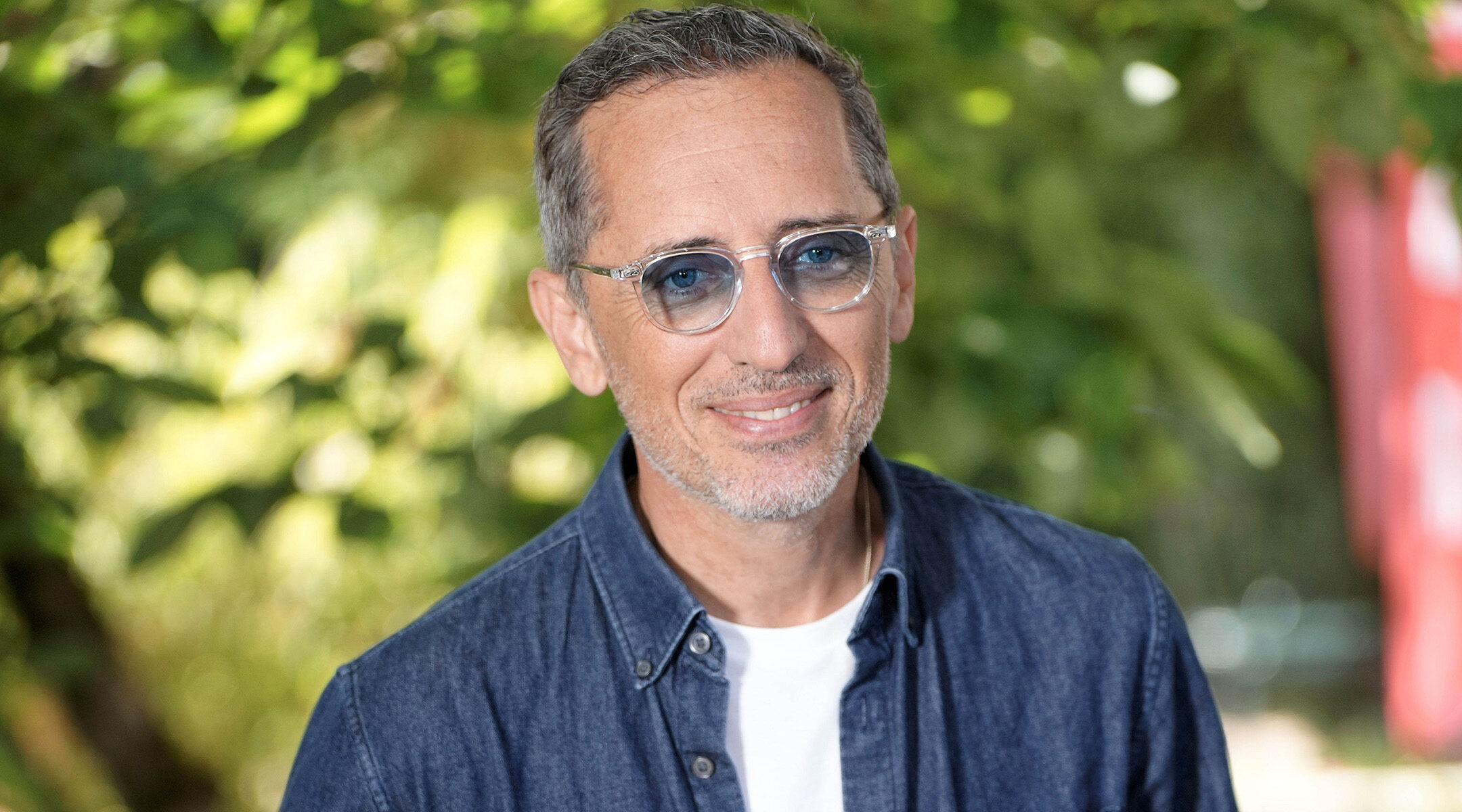 (JTA) — Gad Elmaleh has been one of the most famous Jews in France’s entertainment industry over the past two decades. The son of Moroccan immigrants, who has often referenced his Jewish identity in his wildly-successful sketches, has been nominated for a Cesar award, the French equivalent of an Oscar, and he has crossed over into the American comedy landscape. He made further headlines for having a child with the daughter of a princess from Monaco.

In a country with high rates of antisemitism, his success was a source of pride and comfort for French Jews.

But on Monday, the actor said during a television interview promoting his new autobiographic film“Reste un peu” (“Stay a While”) that he is converting to Catholicism.

The new film, which is due to premiere in France next week, features Elmaleh’s actual mother and father, Regine and David, portraying themselves. His parents are not too happy about his decision but decided to “support me anyway,” he said on France 2’s “Quelle Epoque” talk show.

“Although, if you ask them what’s going on with me, they’ll probably say ‘he’s working through something at the moment, he’s not exactly 100% with it right now,’” Elmaleh said.

But he explained his conversion in mystical terms, saying the “Virgin Marie took me under her wing.”

“I turned to her gradually, and began asking her to help me, especially before shows,” he said.

Elmaleh, 51, recalled being afraid to enter a church as child growing up in his native Casablanca. He moved with his parents to Canada when he was 17 and from there to Paris in the 1990s. “It was completely forbidden. My dad told me: You see this building? You do not enter there,” he said.

Elmaleh, who had lived in the United States for several years until returning recently to France, was in 2007 voted the “funniest man of the year” by viewers of the TF1 television channel.

His mother has been less understanding when he first told her about his change of faith.

“She told me: ‘You’re changing a God so may as well change parents,’” he recalled from a conversation that made its way also into the screenplay and the film. Those words “were very violent, they hit me very hard,” Elmaleh said. “But here’s the thing, which I also explained to her: I’m not changing Gods. I still believe in the same God.”

Reactions to Elmaleh’s announcement were mixed. Some fans, including Jews, on Twitter congratulated him on following bravely and fully a spiritual journey, while others berated him. Some reacted with skepticism toward the performer.

“This is no doubt a joke,” Pierre-Ange Zalcberg, a lawyer for an association promoting blood donations in France, wrote on Twitter.

Alain Jakubowicz, the previous president of the LICRA anti-racism group, who is Jewish, expressed his confusion in the form of a question.

“How to make a successful film out of a personal journey?” he tweeted about Elmaleh’s conversion.