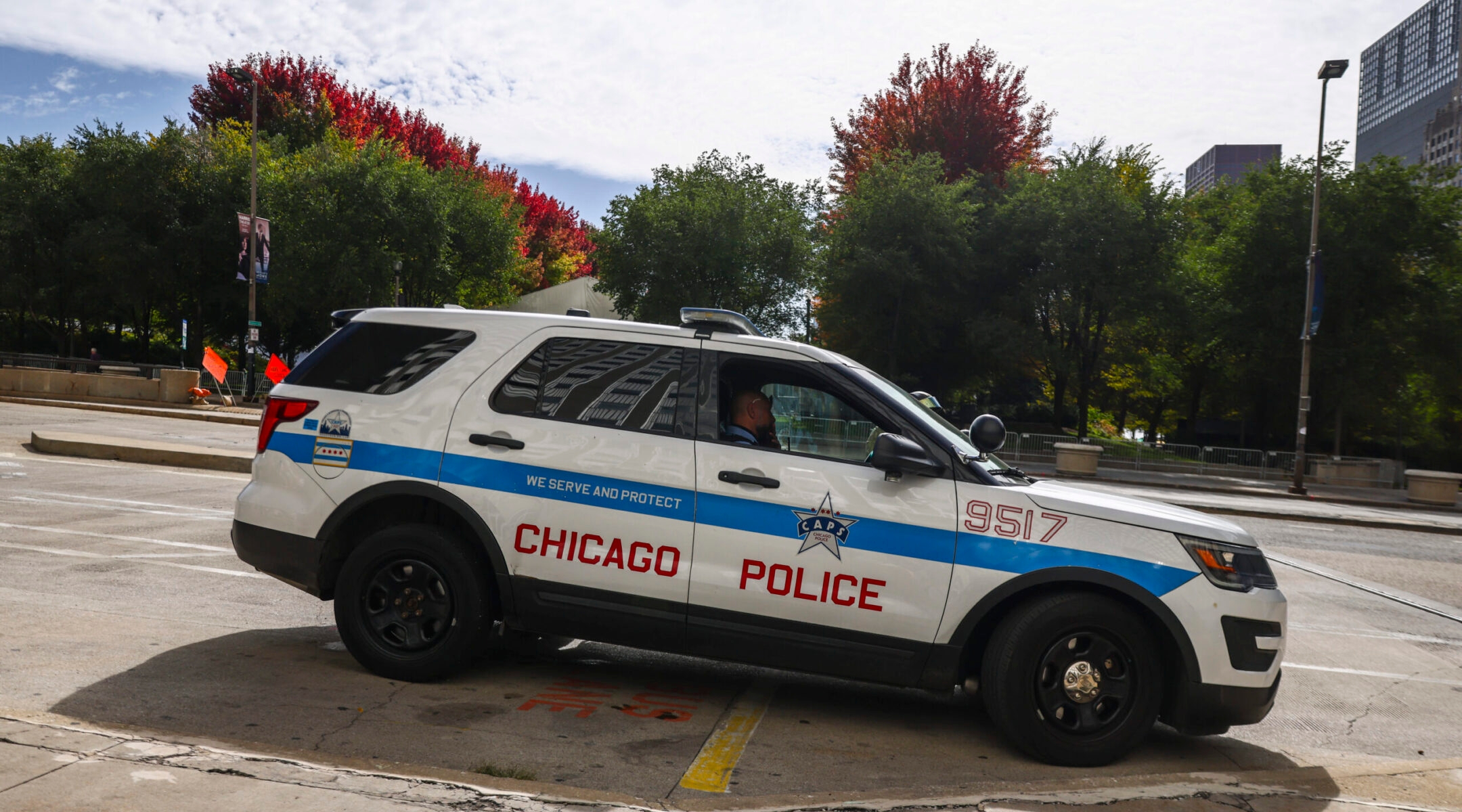 (JTA) – Chicago Jews were alarmed Thursday as local news outlets reported that a bus full of Jewish schoolchildren had been the victim of antisemitic harassment.

Police were investigating after a group of adults had forced the bus to stop, made their way on board, and then delivered a “Heil Hitler” salute, according to the reports, which appeared in a wide array of Chicago outlets, including the Tribune and Sun-Times newspapers.

The story unnerved parents and triggered outcry among Chicagoans worried about rising crime and antisemitism at an especially tense time for American Jews.

But it wasn’t true, according to the CEO of the school whose students were involved.

“This is the definition of a fake story,” Rabbi Menachem Levine, the head of Joan Dachs Bais Yaakov – Yeshivas Tiferes Tzvi elementary school in West Rogers Park, told the Jewish Telegraphic Agency Friday. “I literally had a media incident for nothing.”

The saga raises questions about how antisemitism watchdogs call attention to the incidents that American Jews report. The story landed in the papers through the advocacy of the Simon Wiesenthal Center, which sent a press release Thursday noting that the incident took place on the anniversary of Kristallnacht, the 1938 pogrom that marked a turning point in the Nazis’ campaign against the Jews of Europe.

The center had been contacted by a Chicago parent whose child reported that a man had made a Nazi salute during a conflict with the children on his bus. The parent also filed a report with the Chicago Police Department.

What actually happened, Levine said, was unnerving but not antisemitic. According to a video of the incident which he said he reviewed, the elementary school-aged kids had been calling out of the school bus at a group of men on the street, saying they looked like they were “mafia guys.” One of the men flagged down the bus, and the bus driver, acting against protocol, opened the door; the man then yelled an expletive at the kids, warning them to “watch what you say.”

While this was happening, Levine said, “some of the kids are laughing their heads off. They think it’s this hysterical thing.” Levine said he couldn’t share the video with the media because students’ faces are visible, but that he had also spoken to the students involved to confirm their accounts.

Afterward, however, one of the students reported to their parent that they had seen one of the men performing a Nazi salute; none of the other witnesses recalled such an act taking place. The parent, in turn, filed a police report and contacted the Simon Wiesenthal Center, which has played a prominent role in responding to multiple high-profile instances of antisemitism.

The organization reported the parent’s account of the incident to the media while linking it to the high-profile rise in antisemitism reported across the country.

The release led to a flurry of news reports that quickly circulated among Chicago’s Jewish community, which is centered on the north side of the city, where the incident took place, and in its northern suburbs. It ignited fear among families already on edge because of national incidents and reports about harassment of Orthodox Jews in New York City.

“We plan to send our kids to Jewish schools, and this is the biggest fear — things like this happening,” said Rebecca Finkel, a mother who lives within a 10-minute drive of the reported incident. “I’m the granddaughter of a Holocaust survivor. And in my mind, it’s not a question of if these things can happen, but which generation is going to be most impacted.”

All that left Levine, whose campus is the largest Jewish elementary school in the Midwest, in the position of trying to play catch up against what he said was a false news story as it spread rapidly through local and national outlets.

In an email to parents, he emphasized that “there was no antisemitic, threatening or racist behavior in the occurrence,” and continued, “We know there has been an increase in antisemitism recently, and we are all concerned about this. However, this occurrence was not one of antisemitism; the spread of misinformation is simply due to irresponsible reporting.”

Reached for contact, Slovin, the midwest director of the Simon Wiesenthal Center, told JTA that the center had relied on the parent’s report when they made their “statement of concern” to the media. (Most outlets that reported on the incident relied almost entirely on the center’s statement.)

She said she had spoken to two parents who filed police reports and also spoke to multiple police officers who were investigating the allegations. It is typical for officers to investigate reports of violence or harassment that are filed.

Slovin added that the Chicago PD told her organization that the incident was being investigated as a hate crime, but she acknowledged that the school itself “do[es] not believe it was antisemitic in nature.” The center had not retracted its press release on Friday.

While Levine said the center does “good work,” he said their handling of the bus incident was “highly irresponsible” and “a ‘boy who cried wolf’ case.”

The grandson of four Polish Holocaust survivors, Levine said that if there ever were an antisemitic incident at the school that required his attention, “I’ll be the first one to scream it out.” But he said he does worry that the false reports of the bus incident could encourage “one nutcase to read this and say, ‘Oh, I’ll show them real antisemitism’ — that’s all we need.”

Finkel, too, said she was concerned about the ramifications of a false report of antisemitism at a time when multiple indicators suggest that incidents targeting Jews are rising. The reports from her city broke during the “Never Is Now” conference organized by the Anti-Defamation League, a civil rights group that last year tallied more incidents of antisemitism in the United States than in any year since it began publishing annual counts in 1979.

“Antisemitism is so real and so dangerous and so pervasive,” Finkel said. “We don’t need to fabricate anything — we can rely on the truth to ask for allyship and to fight it in our own community. The truth is scary enough.”