As Elon Musk polled users, Donald Trump tells Jewish Republicans he sees ‘no reason’ to go back to Twitter 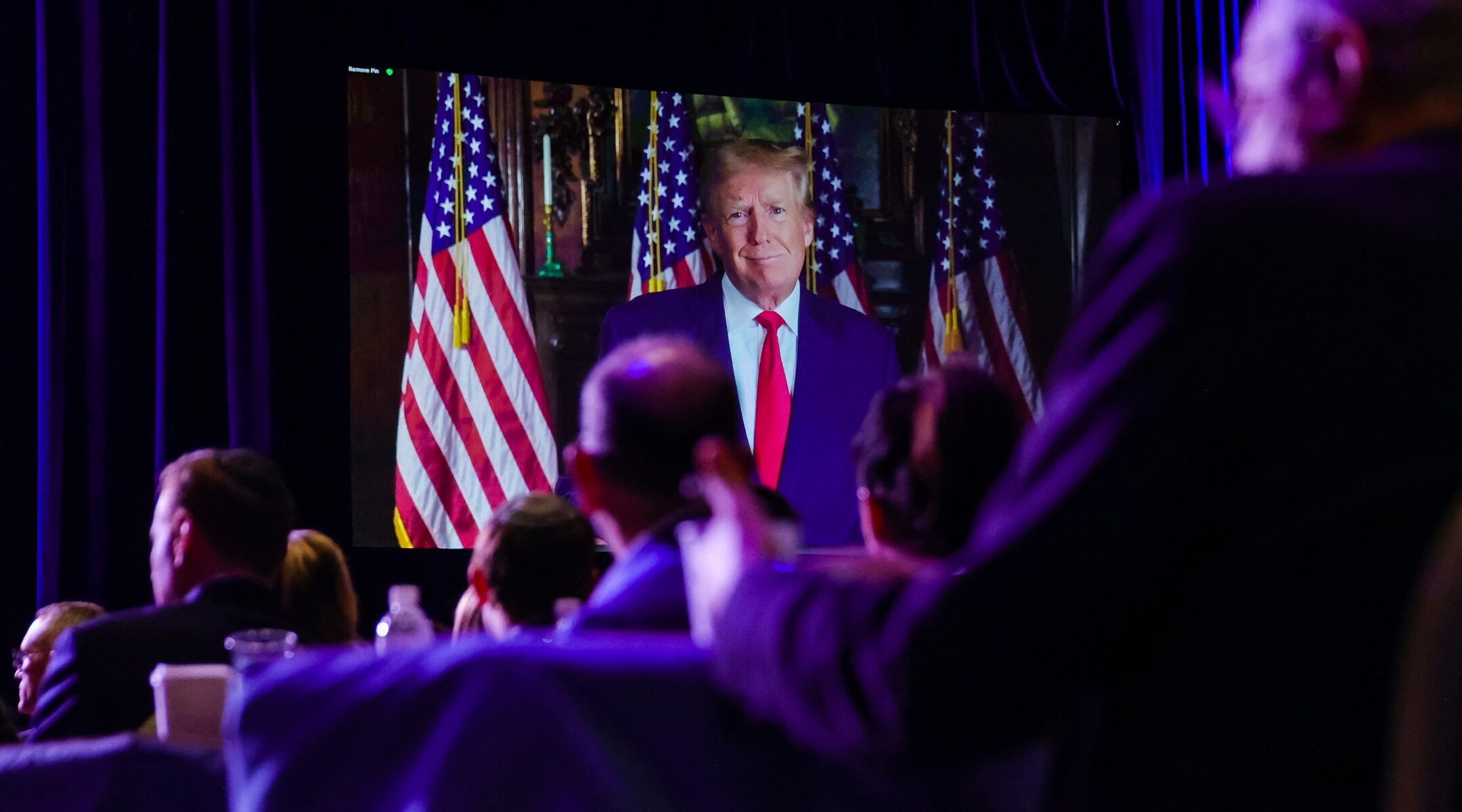 LAS VEGAS (JTA) — As Elon Musk polled Twitter users about whether he should reinstate Donald Trump’s account, the former president told Jewish Republicans Saturday that he saw “no reason” to go back to the platform, saying his competing social media outlet had “smart voices,” including pro-Israel voices.

The CEO of the Republican Jewish Coalition had asked Trump, who was addressing the group’s conference via video from his Florida home, about the poll.

“I don’t know if you’ve been following. Twitter is blowing up today: Elon Musk posted a poll that had over 13 million respondents so far, asking whether or not you should be reinstated on on Twitter,” Brooks said. “My question to you is what do you think about Elon Musk buying Twitter? And if you are reinstated, will we see you back on Twitter again?”

Trump responded with something of a demurral.

Trump said he liked Musk, but he preferred Truth Social, the platform he launched after Twitter banned him following the deadly insurrection at the U.S. Capitol on Jan. 6, 2021, by Trump’s supporters.

Twitter had long made efforts to remove bots and hate speech, though watchdogs said it needed to do more. But after Musk took over the company in recent weeks, he fired thousands of workers and many others have quit, including the executives responsible for ensuring that the platform is free of hate. The social platform is seen as vulnerable to collapse.

“Truth Social is through the roof, it’s doing phenomenally well,” Trump said of his platform, which is also reportedly near collapse.

Trump also played up what he said were pro-Israel voices on the platform he owns.

“It’s taking care of voices that really want to be taken care of and really smart voices, brilliant voices voices that in many cases are both sides, but I can tell you there’s a lot of voice for Israel and power for Israel,” he said.

“Truth Social has taken its place for a lot of people and I don’t see them going back onto Twitter,” Trump said.

Hours later Musk announced that as a result of his poll, he would restore Trump to the platform.

“The people have spoken,” he said of his unscientific poll, in which more than 15 million Twitter accounts voted, 51.8% of them in favor of reinstating Trump. He added: “Vox populi, vox dei,” Latin for “voice of the people, voice of God.”

Trump in his RJC talk invoked a number of tropes that have drawn criticism from Jewish groups in the past. He conflated his American Jewish audience with Israelis, saying that Biden administration officials “don’t even listen to your leaders” and saying that critics of Israel in Congress are “more powerful than the Israeli coalition.”

He also repeated falsehoods that the 2020 presidential election was “rigged” and said that if he remained in power he would have expanded the Abraham Accords, the deal he brokered normalizing relations between Israel and four Arab countries, to “10, 12, 14 [Arab countries], we would have had maybe all of them … we could have truly had peace in the Middle East.”

The Biden administration has pledged to expand the Abraham Accords, one of its rare foreign policy agreements with the Trump administration.