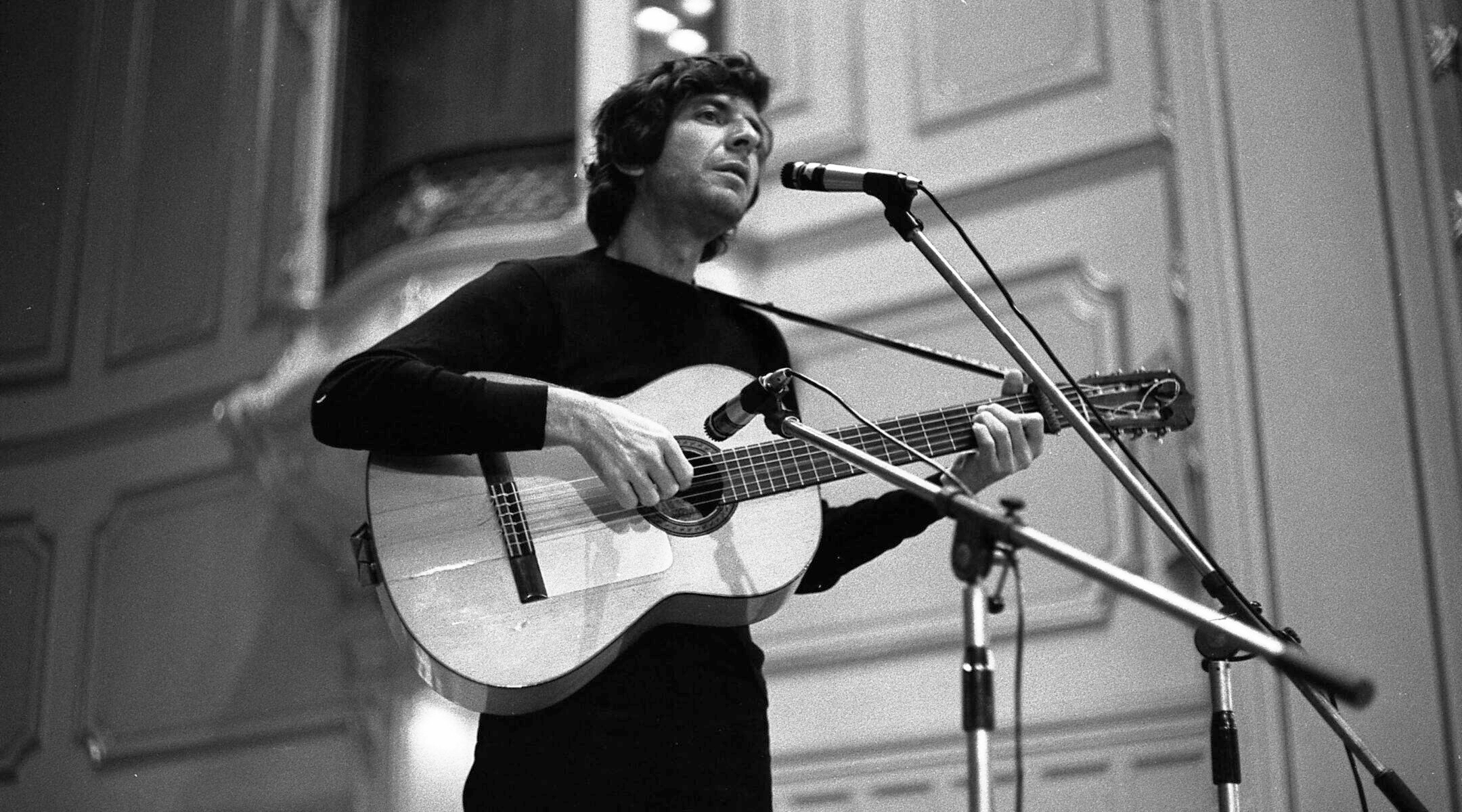 (JTA) — Leonard Cohen’s momentous trip to the Sinai Desert to perform for Israeli soldiers in the wake of the Yom Kippur War is being turned into a dramatized TV series.

“Who by Fire: Leonard Cohen in the Sinai” will be written by Yehonatan Indursky, a co-creator of “Shtisel,” the landmark Israeli drama about an Orthodox family in Jerusalem, according to Variety, which reported the news on Monday.

The limited series, an adaptation of journalist Matti Friedman’s 2022 book of the same name, will film in Israel in 2024. It’s being co-produced by Keshet, the Israeli company that has also produced shows such as “Prisoners of War,” which was adapted for U.S. audiences as “Homeland.”

Cohen’s trip to the frontlines of the 1973 war became a turning point in the way the folk troubadour incorporated his Jewishness into his songs — for instance, his 1974 album “New Skin for the Old Ceremony” featured “Who By Fire,” a song inspired by the Yom Kippur “Unataneh Tokef” prayer. Despite being internationally famous, Cohen slept in an army sleeping bag, ate army rations and performed a series of concerts for on-edge soldiers, who decades later told Friedman that they were moved by his support.

“In October 1973 the poet and singer Leonard Cohen — 39 years old, famous, unhappy, and at a creative dead end — traveled to the Sinai desert and inserted himself into the chaos and blood of the Yom Kippur War,” the show’s press materials read. “Moving around the front with a guitar and a pick-up team of local musicians, Cohen dived headlong into a global crisis and met hundreds of fighting men and women at the worst moment of their lives. Cohen’s audience knew his songs might be the last thing they heard, and those who survived never forgot the experience.”