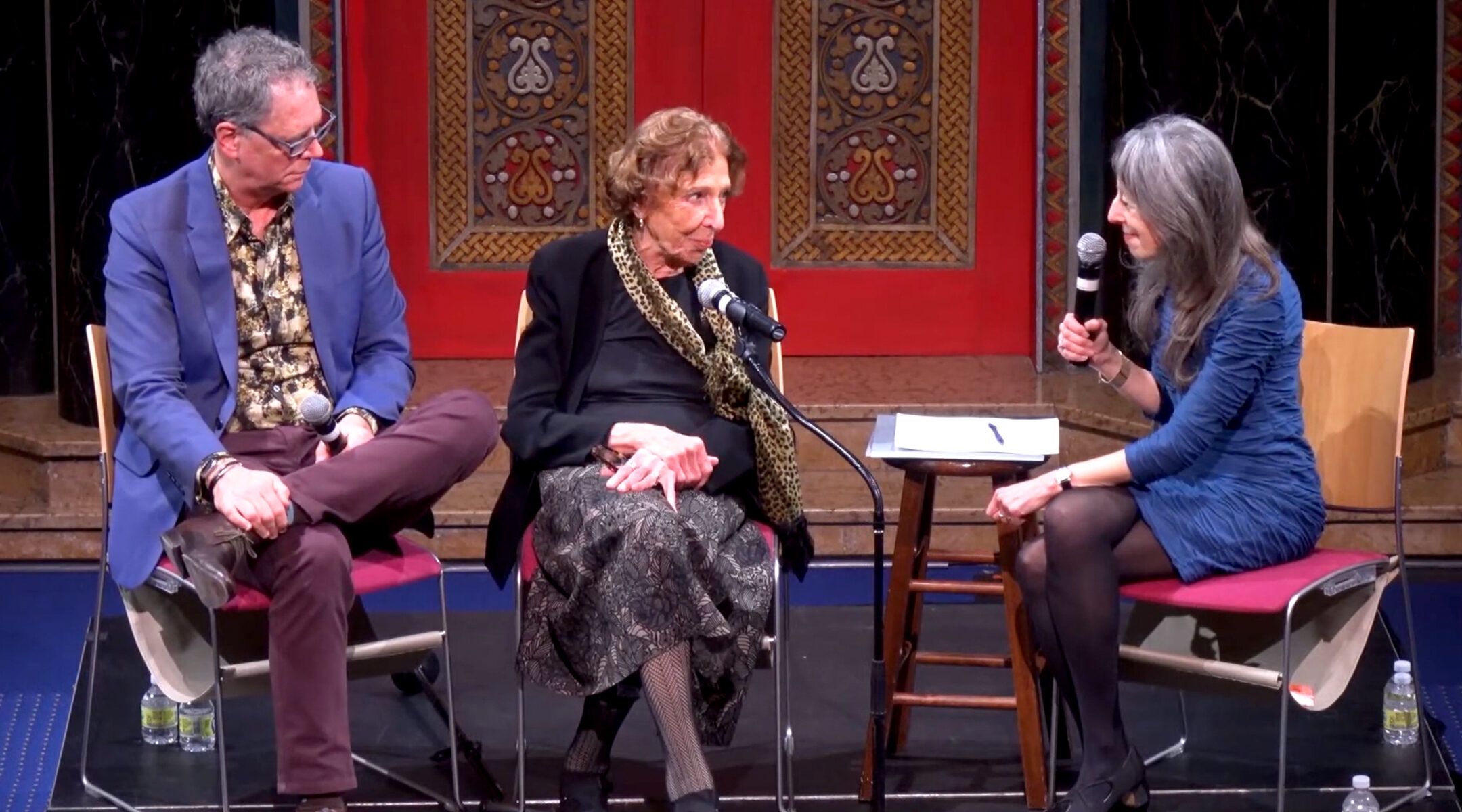 Author Michael Frank, left, and the subject of his new book, Stella Levi, in conversation with Sandee Brawarsky at B'nai Jeshurun in New York City on Nov. 30, 2022. (YouTube screenshot)
Advertisement

(New York Jewish Week) — Auschwitz survivor Stella Levi chose not to tell the story of what she endured during the Holocaust until she was well into her 90s and met the author Michael Frank.

On Wednesday evening, Frank read that passage from “One Hundred Saturdays: Stella Levi and the Search for a Lost World,” his new book based on the conversations he and Levi had over the course of 100 Saturday afternoons spent together at her Greenwich Village apartment. The New York Jewish Week hosted the live conversation with Frank and Levi — glamorous and whip-smart at age 99 — at B’nai Jeshurun in Manhattan. The New York Jewish Week’s former arts and culture editor, Sandee Brawarsky, moderated.

The book — a moving, personal account of the once-vibrant Sephardic Jewish community that had thrived on Rhodes, an island in the Aegean Sea — was just named one of the 10 best books of 2022 by the Wall Street Journal.

During the conversation, Frank and Levi shared a lighthearted rapport, occasionally speaking to one another in Italian, the language in which Levi was educated. (Her family, along with the rest of Rhodes’ Jewish community, spoke Judeo-Spanish.)

Some 350 guests filled the sanctuary at the Upper West Side’s B’nai Jeshurun to hear Levi share memories of her childhood in the Juderia — the Jewish quarter — of Rhodes; her harrowing, three-week journey to Auschwitz in July of 1944 and what she endured there; how she arrived in the U.S. and eventually built a life for herself in New York City.

Of the approximately 1,700 members of the island’s Jewish community who were deported by the Nazis, only some 150 survived.

And yet, despite the horrors she witnessed, Levi, from an early age, lived life to the fullest — moving to New York, learning English at Columbia University, serving on the board of Centro Primo Levi NY and helping keep the memory of the Rhodes Jewish community alive.

Rounding out the program were singer Daphna Mor and oud player Adam Good performing Sephardic songs, as well as a slideshow of vibrant artwork by Maira Kalman, who illustrated “100 Saturdays.”

To watch a recording of the event, which was presented in partnership with B’nai Jeshurun, the Jewish Book Council, Natan and the ASF Institute of Jewish Experience, click below.