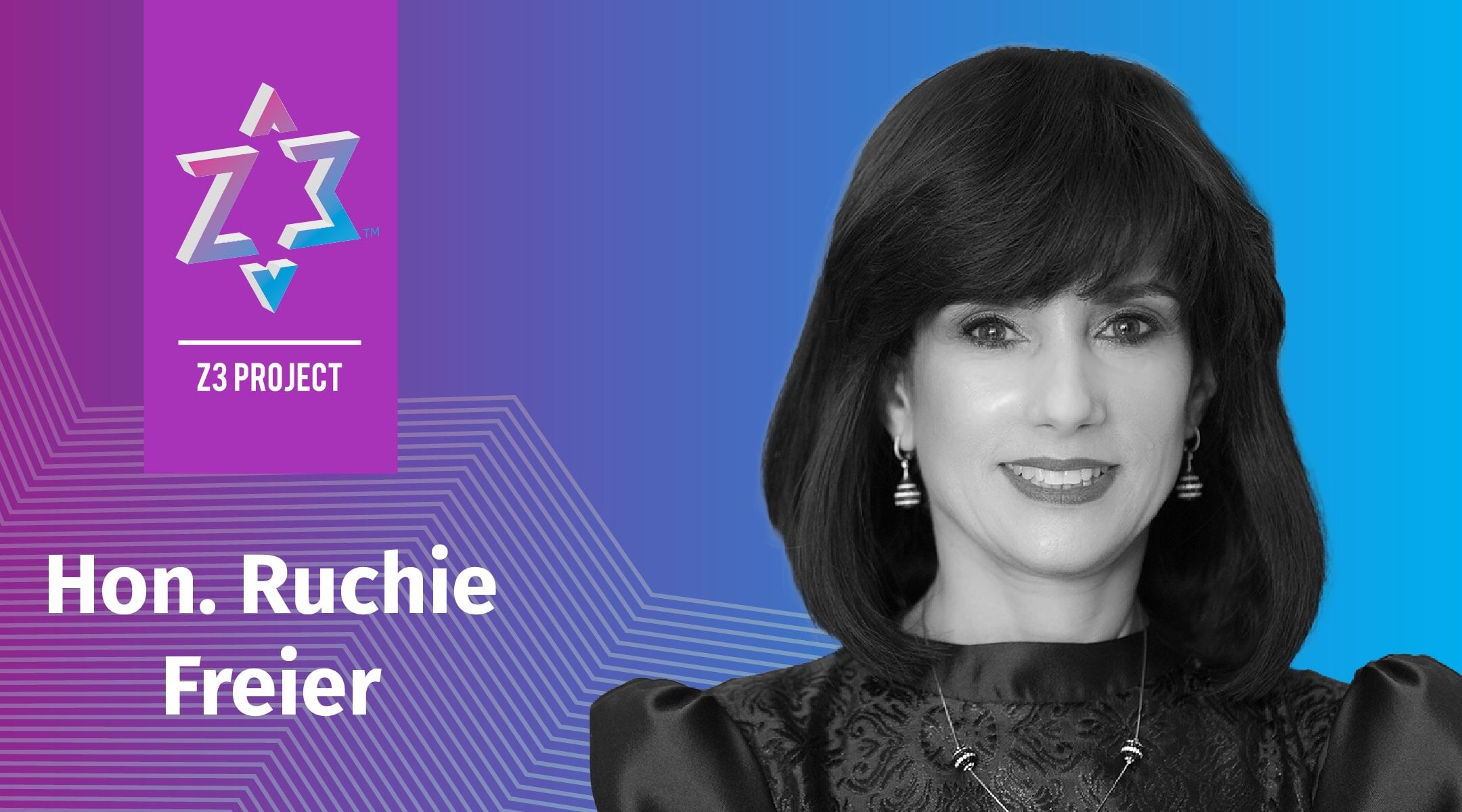 In addition to being the first Hasidic woman to be elected a civil court judge in New York, Ruchie Freier helped found Ezras Nashim, an all-women’s volunteer EMT service. (Courtesy of the Z3 Project)
Advertisement

Rachel “Ruchie” Freier was the first Hasidic woman to be elected a civil court judge in New York. That is just one of many accomplishments for this mother of six who blows away preconceived ideas about what religious Jews can accomplish in the secular world.

Freier also formed B’Derech, a nonprofit that helps provide education for adolescents in the Hasidic community. And she became a paramedic after she helped found Ezras Nashim, an all-women’s volunteer EMT service. What unites her various roles is a desire to serve God, she says, and that’s what keeps her rooted in her religious upbringing.

In our interview, she discusses the changing public perception of Hasidim and relations between religious and secular Jews.

There have been a string of books and TV series on Jews who have rejected Hasidism. What do you think of the negative portrayal of Hasidism in the media?

That’s a great question, and it’s always bothered me going back years ago. I think now that there’s so much social media and so much more access, Hasidim are coming forward and opening up. A little bit of that misunderstanding has been cleared. When people choose to be insular—and for good reasons—these are going to be the side effects of insularity. While there’s a lot of good to be done when you want to insulate your family and your children from outside forces, there’s some information that the outside should get to know.

You are the first Hasid to serve in many of your roles. Do you feel pressure to represent all Hasidim in public life?

I always make it very clear that I just speak for myself. But when I speak my own opinion, it opens up a lot of windows and doors that were shut previously. So, it wasn’t like some umbrella agency said, “Ruchie here is our representative. Listen to what she’s saying because she is the voice of the people.” No, and the fact that I’m not any official representative gives me much more latitude to sit down on the sofa and just talk and share things without thinking about what my boss wants me to say. I only have to answer to God.”

Are you stretching what is considered acceptable for women to accomplish in your community? And do you face any kind of backlash?

It depends on what capacity. I do many things in terms of serving in law and being a judge. I don’t have backlash for that. In my volunteer work, where I created a volunteer EMS agency for women, I have backlash. It depends on who you’re referring to because people have to understand that Hasidim are not monolithic. We don’t always agree on everything. And that’s perfectly fine.

You have six children, grandchildren, and a full career and public life. What is the secret to juggling it all?

One thing I have is a very supportive husband and a supportive mother. If you don’t have the support of your family, of your loved ones, then you’re really climbing an uphill battle. That’s what makes it possible. And the other thing is I pray a lot. I’m doing this with the intention only of creating a kiddush Hashem, to sanctify God’s name. That’s my only goal. I don’t do this for any financial gain. I do it because I feel that the more we understand each other, the more bridges can be made. I speak to diverse audiences, and they always say, by the time I finish speaking, that we have more in common that unites us than that which divides us.

That’s one of the themes of the Z3. What is the state of relations now between religious and secular Jews right now?

As time has gone on, and the Hasidim have multiplied and become a larger population, we’re more open to understanding that while we’re insular, there are segments of society that we can participate in. We see they have gone on to college and have gone out to work. They can’t be ignored anymore. Maybe in the past generation, we were dealing with Holocaust survivors, and they were happy just rebuilding and sticking together as a tight-knit community. Now, as third-generation Americans, we are participating more in the American system in a good way.

How does your background in Judaism impact the decisions you make in a legal setting?

What’s really interesting is the court itself is always looking for diversity on the bench, And the reason for that is to have a bench that’s more understanding of the people that we serve. Everybody’s a human being with their own unique background—whether it’s someone on the bench with a strong Jewish background or a Catholic background. The fact that I have a religious upbringing helps the bench with the Torah values of pursuing justice. And the Mishnah is replete with admonishing judges on how they have to behave. The religious values that I was raised with give me the foundation that I need to be the best judge that I can be.

You mentioned that you speak to a diverse group of people in your work. What do you think unites us all as Jews?

What unites us, first of all, is our heritage, that we’re one nation. And no matter how you look at another person, at the end of the day, that’s one very important part that unites us. But what happens is there’s so much fluff that gets in the way. The typical thing that I’m going to hear from anybody who doesn’t really know Hasidim is, “They don’t work.” I know so many people who really work hard to make a living. It’s one of these statements that have been passed down for decades. They also say, “They don’t like us. They hate us.” How do you know? You ever invite someone to your home for a Shabbos dinner and try to be friendly? Maybe if you were friendly, you’d get a different reaction. Sometimes, stereotypes and politics get in the way. That’s why I like the Z3 concept. Take them out of where they’re always sitting, put them in a different place, put them together, and say, “Talk. Just start talking.” And it may just change the way you think.