As landmark Saul Bellow documentary premieres, a look back at his life through the JTA Archive 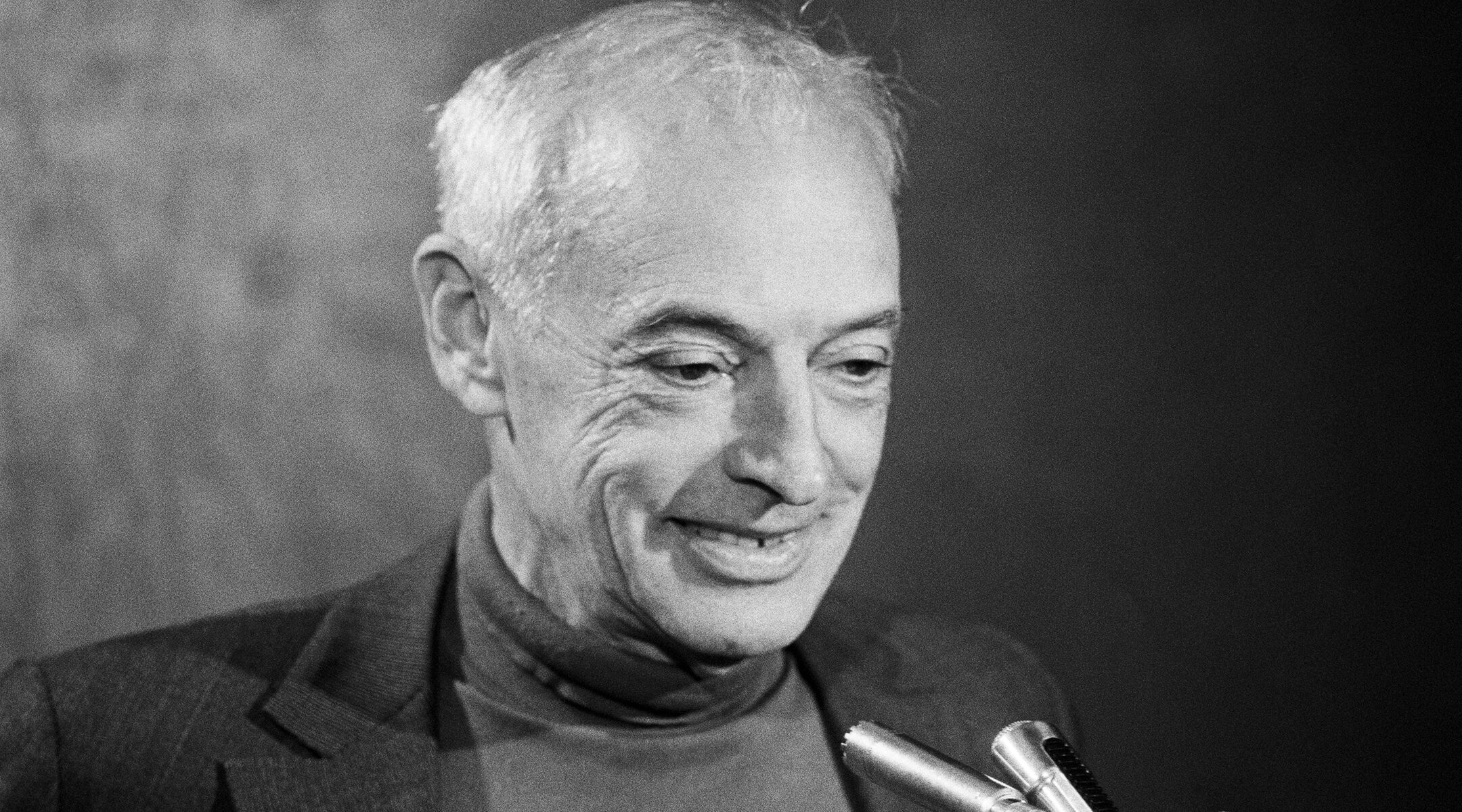 Saul Bellow talks to reporters about being awarded the 1976 Nobel Prize in Literature. (Getty Images)
Advertisement

(JTA) — Given his place in the international literary canon, it’s hard to believe that there has never been a widely-released documentary made about the Jewish Nobel Prize winner Saul Bellow.

That’s about to change, as PBS debuts “American Masters: The Adventures of Saul Bellow” on Monday night.

The documentary, which was filmed by Israeli director Asaf Galay between 2016 and 2019 and features what is being touted as the last interview Philip Roth gave before his death in 2018, digs deep into Bellow’s personal life and inspirations. Many know about his successful novels and memorable (usually Jewish) characters, but as the film shows, Bellow had a turbulent personal life that involved five marriages. Several of his closest friends and family members felt betrayed or offended by how Bellow wrote unflattering characters closely based on them. His moderate conservative political leanings put him at odds with the ethos of the 1960s, and some saw his framing of occasional Black characters as racist.

But the film also devotes time to explaining — through interviews with scholars, other novelists and members of the Bellow clan — how Bellow’s deep-rooted sense of “otherness” as the son of Jewish immigrants influenced his work, and how he, in turn, influenced many Jewish American writers who followed him. Roth, for instance, says on camera that Bellow inspired him to create fuller Jewish characters in his own work.

To mark the milestone film, we looked back through all of the Saul Bellow content in the Jewish Telegraphic Agency’s Archive. What emerged was a portrait of a leading Jewish intellectual of his time who was deeply invested in the Soviet Jewry movement and Israel, and who was beloved by the American Jewish community — despite his complicated relationship to his Jewishness and his bristling at being called a “Jewish writer.”

Bellow was born in 1915 in Canada to parents with Lithuanian ancestry who first immigrated from St. Petersburg, Russia. In the 1920s, when Bellow was 9, the family moved to Chicago. By the 1950s, the plight of Jews in the Soviet Union — who were forbidden from openly practicing their religion and from emigrating — had become a rallying cry for American Jews. As a 1958 JTA report shows, Bellow was passionate about the issue; in January of that year, he signed a letter to The New York Times about “the purge of Yiddish writers, the refusal of the current Soviet regime to permit a renaissance of Jewish culture and the existence of a quota system on Jews in education, professional and civil service fields.” Other signatories included fellow Jewish writers Irving Howe, Alfred Kazin and Lionel Trilling. 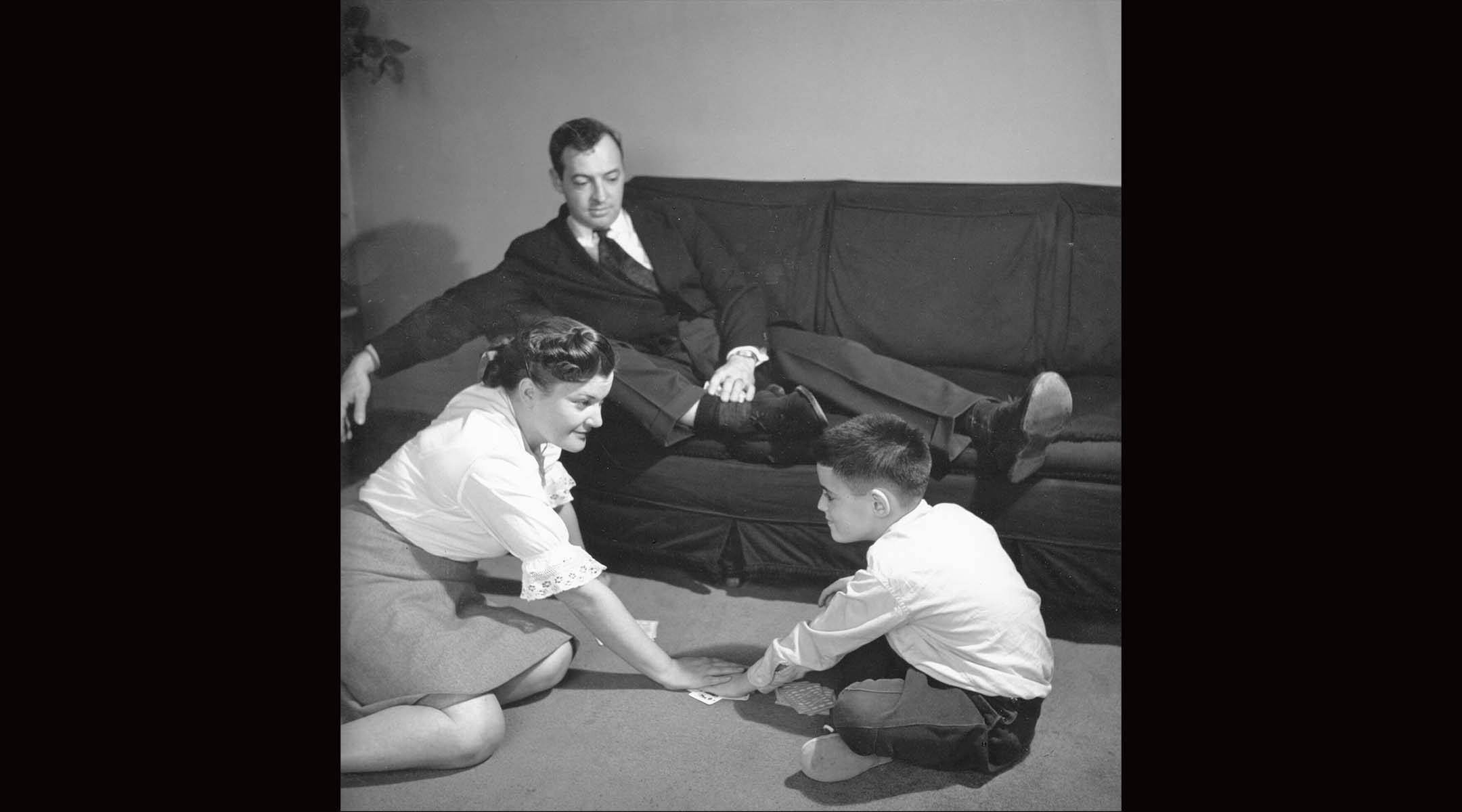 He signed another letter to the Times on the topic in 1965, and in 1969 he circulated an appeal for cultural freedom for Jews to the Soviet Writers Union, getting other prominent writers such as Noam Chomsky and Nat Hentoff to sign. By 1970, the issue had become widely publicized, and Bellow stayed involved, signing onto a petition with several other thought leaders that asked: “Has the government of the Soviet Union no concern for human rights or for the decent opinion of mankind?”

Like many American Jews, Bellow had complicated feelings on Israel. “If you want everyone to love you, don’t discuss Israeli politics,” he once wrote.

In the 1970s, JTA reports show that he followed Israeli diplomacy closely and was a strong supporter of the Jewish state in the face of international criticism. In 1974, at a PEN press conference, he called for a boycott of UNESCO, the United Nations’ cultural heritage arm that has historically been very critical of Israeli policy.

In 1984, Bellow met with then-Israeli Prime Minister Shimon Peres, who was in the United States on an official state visit.

But Bellow wasn’t a blanket supporter of Israel — in 1979, he signed a letter protesting West Bank settlement expansion that was read at a rally of 30,000 people in Tel Aviv. In 1987, while in Haifa for a conference on his work, Bellow criticized the Israeli government for the way it handled the Jonathan Pollard spy case, bringing up an issue that still reverberates in Israel-Diaspora conversation — and in U.S. politics.

“I think the American Jews are very sensitive to the question of dual allegiance, and it is probably wrong of Israel to press this question because it is one which is very often used by antisemites,” Bellow said.

After garnering multiple National Book Awards and a Pulitzer Prize, Bellow won the Nobel Prize in Literature in 1976. JTA’s report on the award noted that Bellow’s most recent book at the time, published right around the time of the Nobel announcements, was a memoir about his 1975 stay in Jerusalem, titled “To Jerusalem and Back.” The report added: “Two of his books, ‘Herzog,’ published in 1964 and ‘Mr. Sammler’s Planet,’ which won him the National Book Award in 1971, have been translated into Hebrew and were enthusiastically received by Israeli critics and public.”

(Bellow wasn’t the only Jew to win a Nobel that year: Milton Friedman won the economics prize, Baruch Blumberg shared the medicine prize and Burton Richter shared the physics prize.) 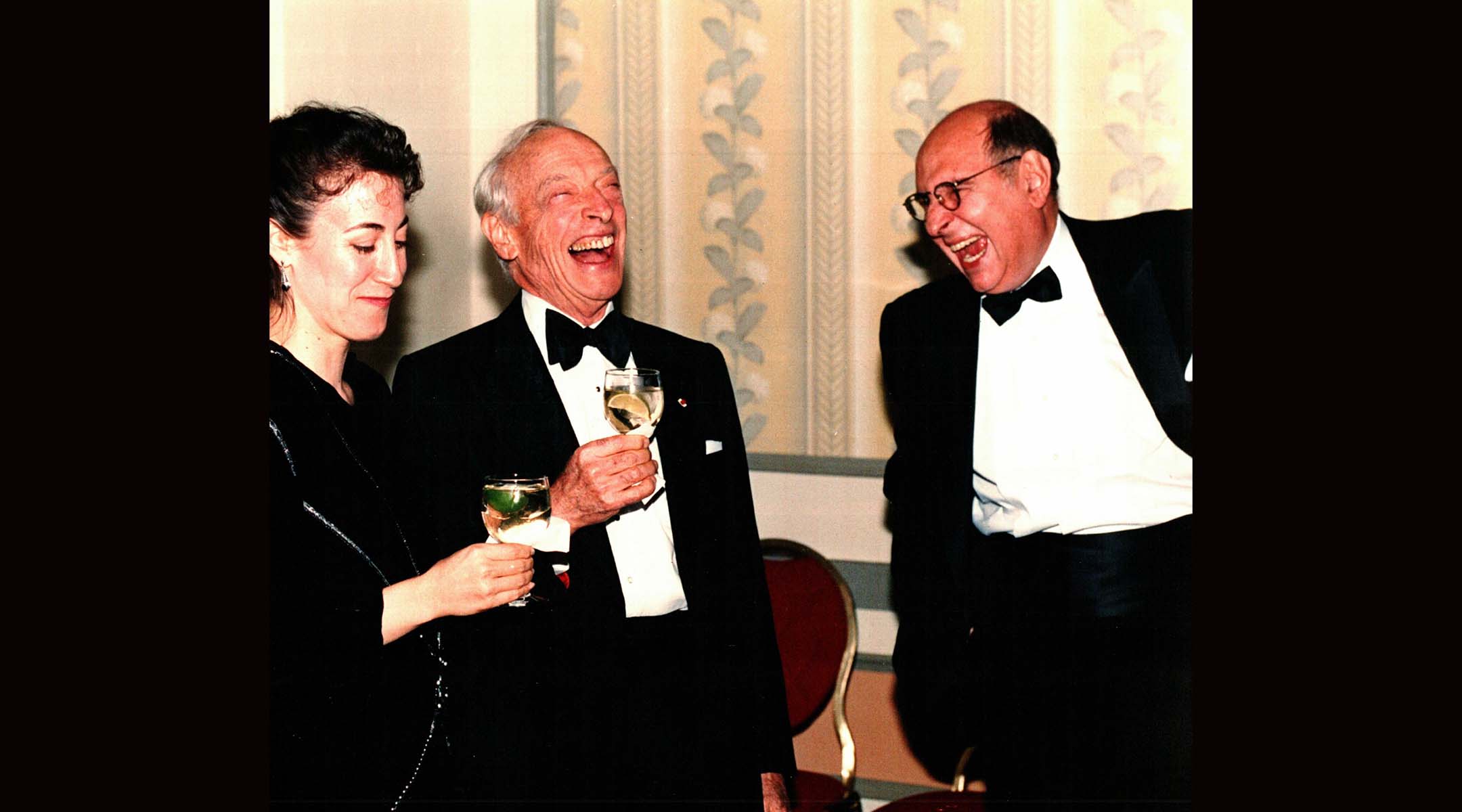 Bellow, center, with his fifth wife Janis Freedman-Bellow and longtime friend Allan Bloom, who is the subject of Bellow’s last novel, “Ravelstein.” (Courtesy of the Bellow family)

The Anti-Defamation League also gave Bellow an award in 1976. According to a JTA report, Seymour Graubard, honorary national chairman of the ADL at the time, said that Bellow “has correctly rejected all efforts to pigeonhole him as a ‘Jewish writer.’ Rather, he has simply found in the Jewish experience those common strains of humanity that are part of all of us — and therein lies his greatness as an American writer.”

Debate over whether or not Bellow should be labeled a “Jewish writer,” and what that meant, dogged him for much of his career. After his death in 2005, at 89, a New York Jewish Week obituary focused on Bellow as “a literary giant who did not want to be bound by the tag of Jewish writer.”

“Mr. Bellow bridled at being considered a Jewish writer, though his early novels, most notably 1944’s ‘The Victim,’ dealt with anti-Semitism and featured characters who spoke Yiddish and Russian,” Steve Lipman wrote.

Bellow’s biographer James Atlas added in the obituary: “He always said he was a writer first, an American second and Jewish third. But all three were elements of his genius. His greatest contribution was that he was able to write fiction that had tremendous philosophical depth.”

In a JTA essay at the time of Bellow’s death, academic and fiction writer John J. Clayton argued: “No good writer wants to be pigeonholed or limited in scope. But he is deeply a Jewish writer — not just a Jew by birth.

“Jewish culture, Jewish sensibility, a Jewish sense of holiness in the everyday, permeate his work.”