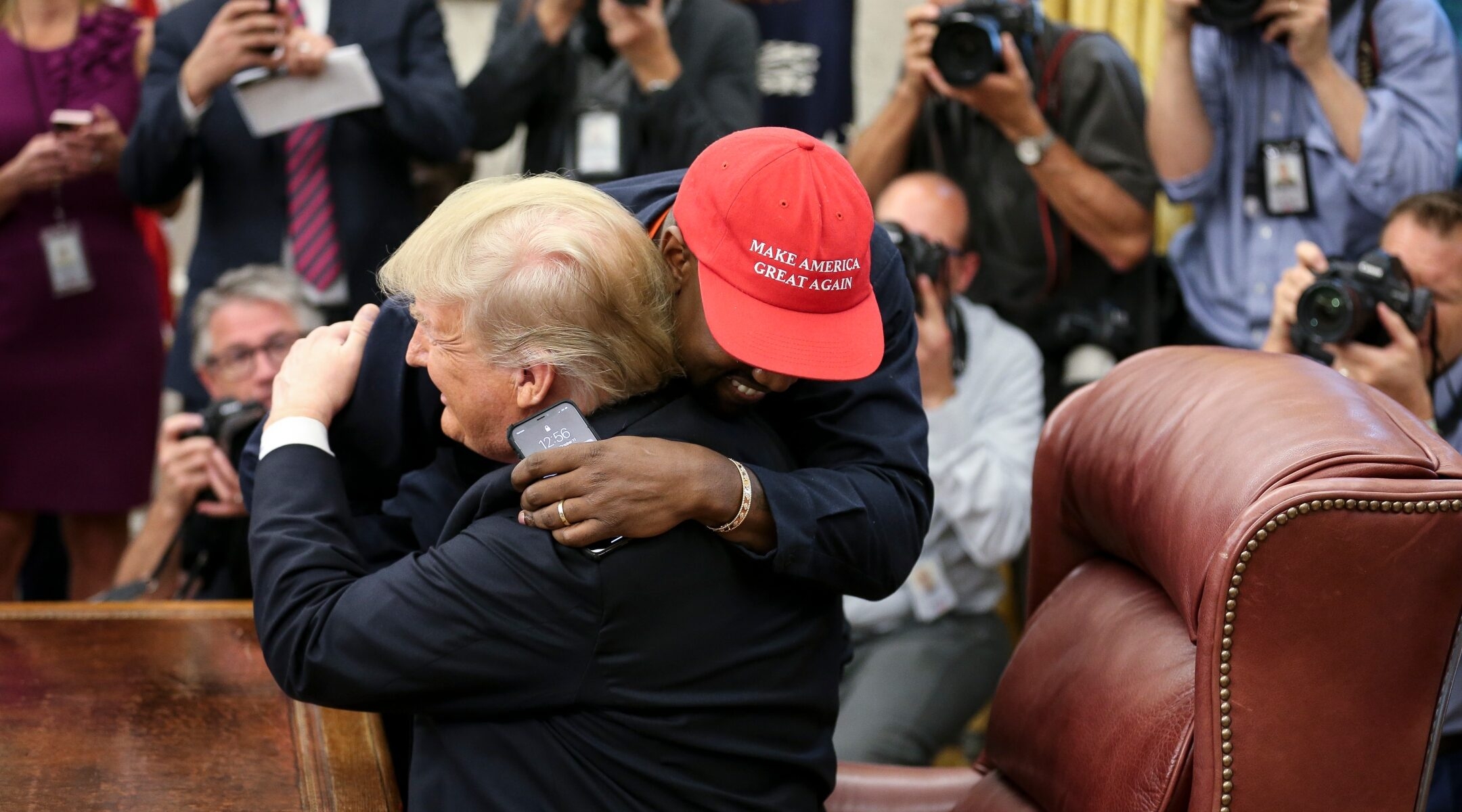 (JTA) — A national survey found that Democrats are twice as likely as Republicans to agree that prejudice against Jews is a serious problem and that antisemitism poses a growing threat to Jews.

The divide between Republicans and Democrats in the Quinnipiac University survey released Wednesday tracks with previous polling — but it also comes after weeks of antisemitic invective from the rapper and designer Kanye West, who now identifies as a Christian conservative and who has courted Republicans.

It also comes after former President Donald Trump, a Republican, dined with West, who is now known as Ye, and Nick Fuentes, a prominent Holocaust denier, and after multiple government and nonprofit groups have reported spikes in reported attacks on Jews.

A similar divide characterized a question about whether antisemitism “represents a growing threat to Jewish Americans,” with 73% of Democrats saying that it does, as opposed to 34% of Republicans. Overall, 51% of respondents said it represented a growing threat.

Quinnipiac University, based in Hamden, Connecticut, has been asking versions of questions about prejudice against Jews since 2017, when it started tracking assessments of prejudice against a number of minority groups in the wake of the election of Trump, who during his campaign and presidency made bigoted statements.

In August 2019, after a year of deadly attacks on synagogues in Pittsburgh and Poway, California, 48% of Republicans classified anti-Jewish prejudice as a serious problem, while 78% of Democrats did.

In 2017, the pollsters asked the question twice, once in February just after Trump assumed office and then a month later after a series of bomb threats against Jewish institutions, and a vandal destroyed headstones in a St. Louis Jewish cemetery. Trump made headlines when he shouted down reporters who asked about the perceived rise in antisemitism. The overall number of respondents classifying prejudice against Jews as serious rose from 49% to 70% in that period.

In the March 9, 2017, survey, after the bomb threats and the vandalism, and Trump’s press conference, 53% of Republicans said prejudice against Jews was a serious problem and 87% of Democrats did.

The new survey marks the first time Quinnipiac has asked respondents whether antisemitism “represents a growing threat to Jewish Americans.” It was also the first of the surveys to use the word “antisemitism.”