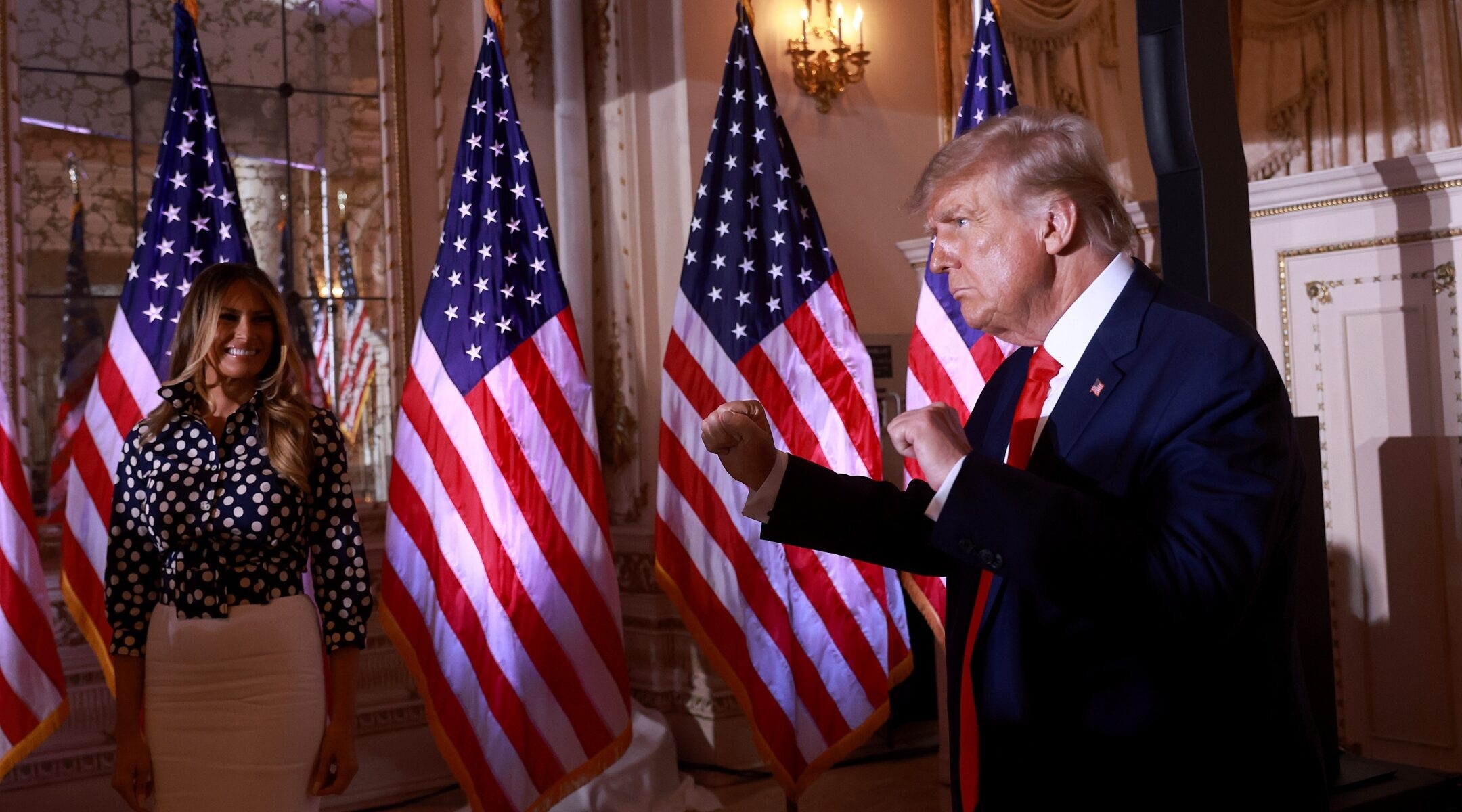 (JTA) — Former President Donald Trump is set to address a conference organized by a haredi Orthodox education group weeks after his dinner with two prominent antisemitic figures sparked a wave of criticism.

Trump will speak Friday at the annual President’s Conference of Torah Umesorah, Politico reported on Thursday, a days-long event at his National Doral club in Miami.

Last week, Trump earned more condemnation after saying Jewish leaders were “lacking loyalty” to him because they do not praise him enough for his pro-Israel policies while president.

Trump, who is running for the 2024 presidency, said he did not know Nick Fuentes, a prominent Holocaust denier, before dining with him and Kanye West, the rapper who now goes by Ye and has gone on multiple antisemitic tirades in recent months.

Politico reported that the Torah Umesorah group, which trains haredi Jewish educators, has had conferences at the National Doral in the past.

Trump fares better with Orthodox Jews than he does with other American Jewish groups due to his conservative policies on Israel and his efforts to uphold the rights of faith groups in issues involving the separation of church and state.

A conference organizer did not respond to a request for comment.