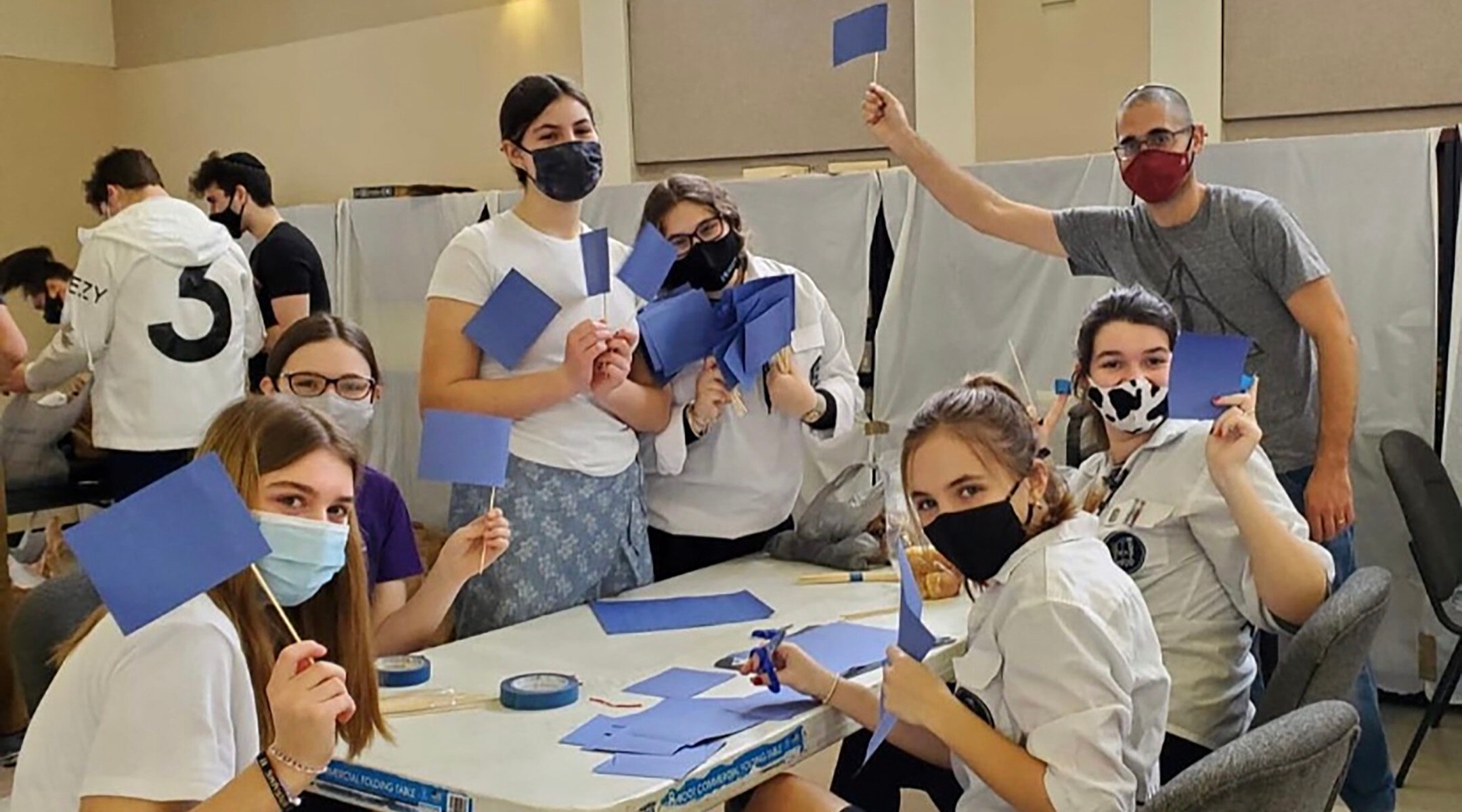 After leaving The Leffell School, a pluralistic Jewish day school in Hartsdale, New York, Korinman notices that he feels less connected to his classmates at High School of American Studies at Lehman College, his public school in the Bronx, than he did to his Jewish day school peers.

“When I was in a Jewish school, everyone felt connected with each other because of their connection to God or even just to Judaism,” said Korinman, a junior. “Without a God, or any form of Judaism in this public school that I’m in, there’s nothing tying each one of me and my classmates to each other.”

The differences that Korinman notices don’t end after last period. His home life is different, too. His family used to practice Jewish rituals on a regular basis thanks to his school, but now a family Shabbat is less frequent.

“Through Leffell, we used to get challah every Friday, and that was an incentive to have a family Shabbat ritual, with the candles, kiddush and everything,” Korinman said. “Ever since I left the school for 9th grade, we don’t do that as much anymore.”

Switching school systems like this is common for many Jewish families in many communities, where there are significantly fewer options for Jewish high schools than for elementary and middle schools. While this transition can impact the way students choose to practice their Judaism individually, it also has an influence on the practices that their families choose to partake in at home.

Enrollment in Jewish middle school — excluding haredi or Hasidic yeshivas — ranged from 19,000 to 21,000 students in the 2018-2019 school year, while in high school the numbers dropped more than 20%, according to a study by the Avi Chai Foundation of all day schools. Enrollment dropped by over 3,000 students from 8th to 9th grade.

For some teens, the switch can be unsettling, although they often learn new skills and perspectives that they hadn’t needed to draw upon in their parochial schools. 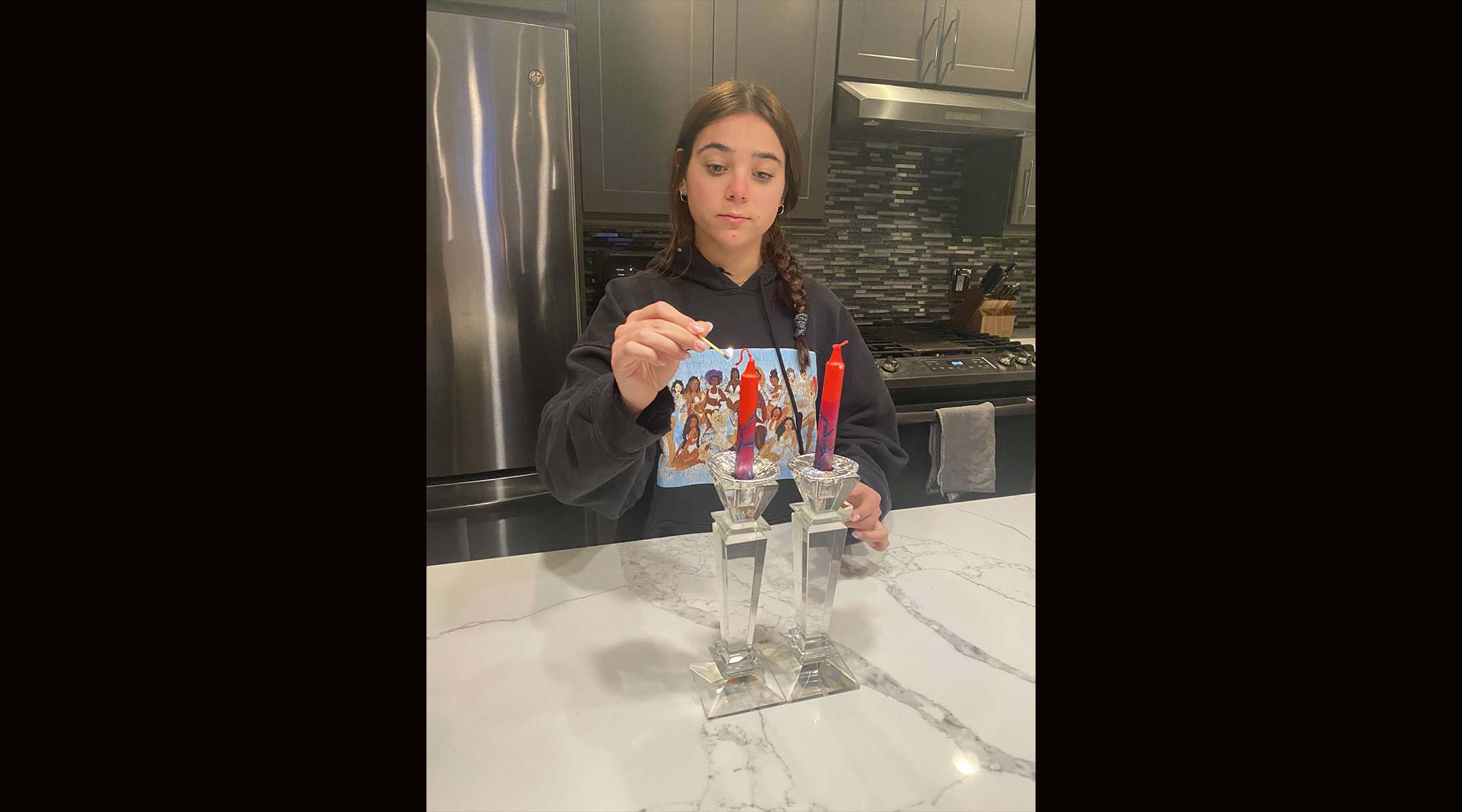 Since second grade, Garner has participated in the Bnei Akiva program, a Zionist youth movement, and even though she does not got to a Jewish day school anymore, she is still an active member and counselor of her group in Houston.

Garner also participates in the Jewish Student Union at her non-religious high school.

“Every other Thursday, a rabbi comes to our school and brings us food,” Garner said. “We talk about upcoming holidays and Jewish other topics in general. The rabbi makes it really fun with questions for us and activities for us to do.”

“My friends are very curious about my religion so I love teaching them about Judaism,” Garner said.

Some Jewish day schools are committed to helping their students transition to a public middle or high school. Columbus Jewish Day School in Columbus, Ohio offers fifth graders a unit with advice on moving on to public middle school, making new friends and maintaining a Jewish identity in their new schools.

“Our kids are academically and emotionally prepared,” Jenny Glick, director of enrollment management at the elementary  school, told the Columbus Jewish News in 2021. “That is not to say that transitions aren’t a challenge. The kids know that change can be hard and that is OK. They have the skills and support built in for success.”

Similarly, students at the Lippman School, a Jewish elementary school in Cleveland, are “coached in skills to help prepare them academically for middle school, as well as building general self-confidence and preparing them for a new and diverse learning environment,” according to the Cleveland Jewish News.

For students who make the opposite switch, from non-Jewish to Jewish day schools, a new school can strengthen their Jewish identity.

Lexi Hecht came from public school to the The Leffell School halfway through 9th grade, owing to the appeal of in-person learning during the pandemic. Although Judaism was not what originally drew Hecht to the school, it has become a significant part of her life.

Before coming to the school, she celebrated Jewish holidays at home, but never learned the full meaning behind them. Hecht incorporates a lot of what she learns at school into discussion at home and feels confident that she will be able to help her brother when he has the same transition in the coming year.

“I feel a lot more connected to Judaism now because I’ve learned about where we come from and why we celebrate the way we do,” Hecht said. “I teach my family a lot of what I learn at school about the meaning behind the holidays and other traditions. When my brother comes to the school next year I’ll be able to help him and be a resource that I wish I had had.”