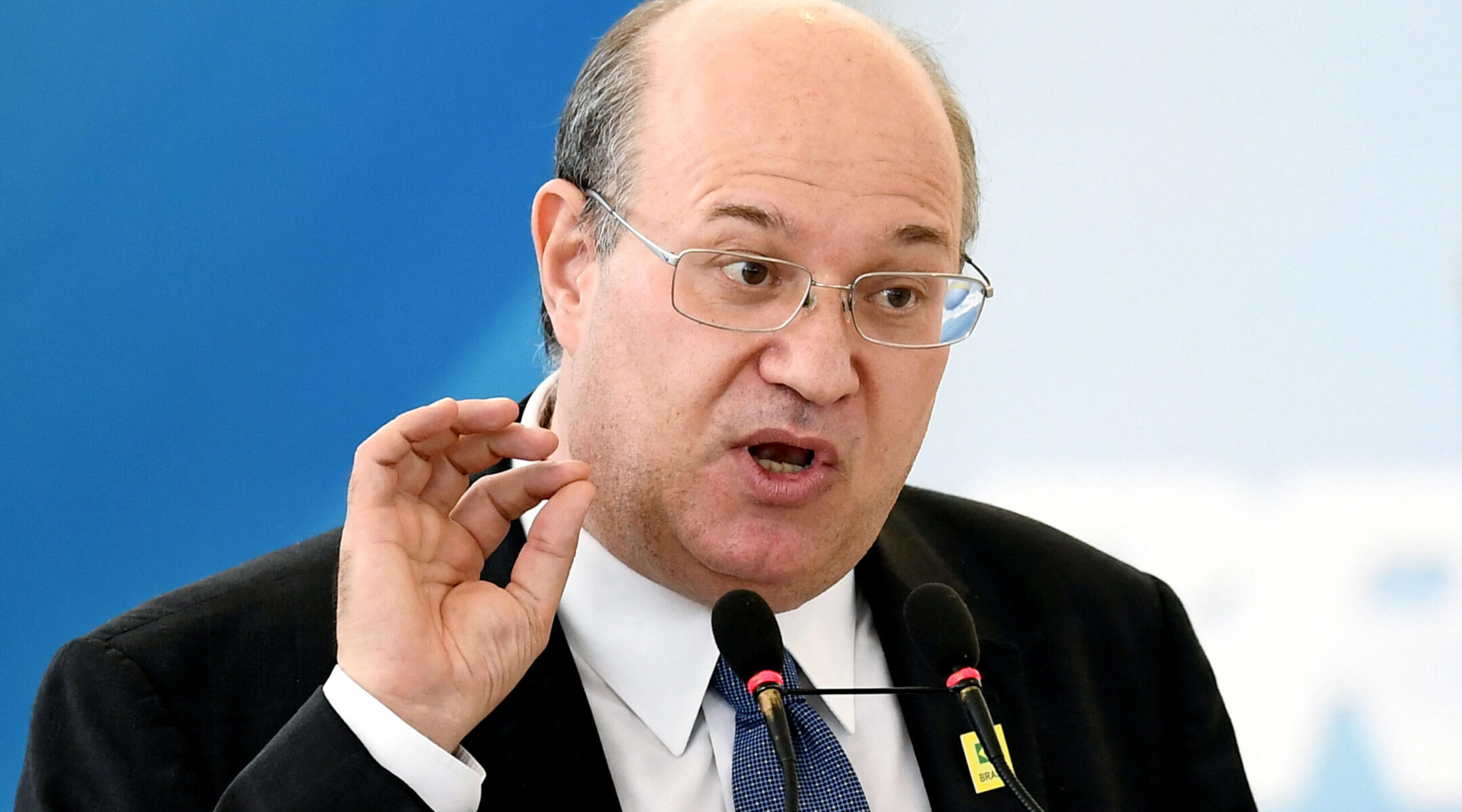 RIO DE JANEIRO (JTA) — Jewish groups in Brazil are calling for a retraction after one prominent Brazilian economist questioned the loyalty of a Brazilian Jewish economist during an interview streamed by a widely viewed news organization.

The comments were about Ilan Goldfajn, a Brazilian-Israeli economist who was recently elected president of the Inter-American Development Bank, which promotes economic growth in Latin America and the Caribbean.

Paulo Nogueira Batista Jr., a former executive director of the International Monetary Fund, said during the interview on Jornal GGN that Goldfajn is hostile to the government of President-elect Luiz Inacio Lula da Silva, and included his Jewish background as one of the reasons. Batista’s argument invoked multiple antisemitic tropes about Jewish power and dual loyalty.

“He is essentially a financier, connected to the U.S. Treasury, to the Jewish community. He is actually Jewish-Brazilian, born in Haifa, Israel. And the Jewish community has a strong presence in the U.S. Treasury, in the Monetary Fund, in international organizations, not only in private banks,” Batista said. “As a Brazilian, all he has is his passport.”

Batista also mocked Goldfajn’s last name, calling it “unpronounceable” for not having a Portuguese origin.

Goldfajn, 56, is a former president of Brazil’s Central Bank. He left Israel at an early age and was raised in Rio de Janeiro, where he attended a Jewish day school and is an active member of the Brazilian Jewish community.

Batista made the statements Dec. 16, but they only gained widespread notice Dec. 24 when several Jewish groups reacted fiercely. Several other non-Jewish figures followed suit, turning the episode in a firestorm in Brazilian media this week.

The Brazilian Israelite Confederation, the country’s umbrella Jewish organization, was the first to respond. “Batista resorts to old antisemitic clichés used by fascists and racists to vilify a Brazilian citizen who contributes so much to our country,” the group said in a statement posted to social media.

“Associating Jews with money and power takes us back to the worst moments in human history that culminated in the persecution and death of our ancestors,” the federation said in a statement.

A note by B’nai Brith Brasil likened Batista’s comments to the Protocols of the Elders of Zion, the infamous falsification of European antisemites. And the Jews for Democracy nonprofit called the episode “a clear example of left-wing conspiracy anti-Semitism.” (Lula is leftwing and was narrowly elected to replace Brazil’s right-wing president, Jair Bolsonaro, a Christian nationalist who has been a strong supporter of Israel.)

The Brazil-Israel Institute demanded a public apology by the attack perpetrator and the show’s host, Luis Nassif, who later tweeted that he didn’t react because he considered the statement xenophobic, but not antisemitic.

“The statements are antisemitic as in an antisemitism handbook, establishing the classic relationship between Jews and money, triggering the thesis of a Jewish plot and even repeats logic that removes from the Jews the possibility of being Brazilian,” the institute posted on social channels.

Fluent in Hebrew, English, Portuguese and Spanish, Goldfajn has a doctorate from the Massachusetts Institute of Technology as well as bachelor’s and master’s degrees from the Pontifical Catholic University of Rio de Janeiro. In the mid-1990s he was a professor at Brandeis University.

His track record in banking in Brazil and beyond is extensive. He has served as chief economist at Itau, Brazil’s largest private bank, and deputy to the bank governor of Brazil, as well as adviser to the World Bank and the International Monetary Fund. In 2018, Goldfajn was named central banker of the year by the British magazine The Banker due to his successful performance at the helm of Brazil’s Central Bank, taming the country’s annual inflation.

“Ilan Goldfajn is a unique figure within the Brazilian economic scenario and a source of great pride for Brazil and for the Jewish community. He will certainly contribute a lot with his great experience,” Renato Ochman, president of the Brazil-Israel Chamber of Commerce, told the Jewish Telegraphic Agency in November, when Goldfajn was elected Inter-American Development Bank for a five-year term.