Moscow’s former chief rabbi: ‘The best option for Russian Jews is to leave’ 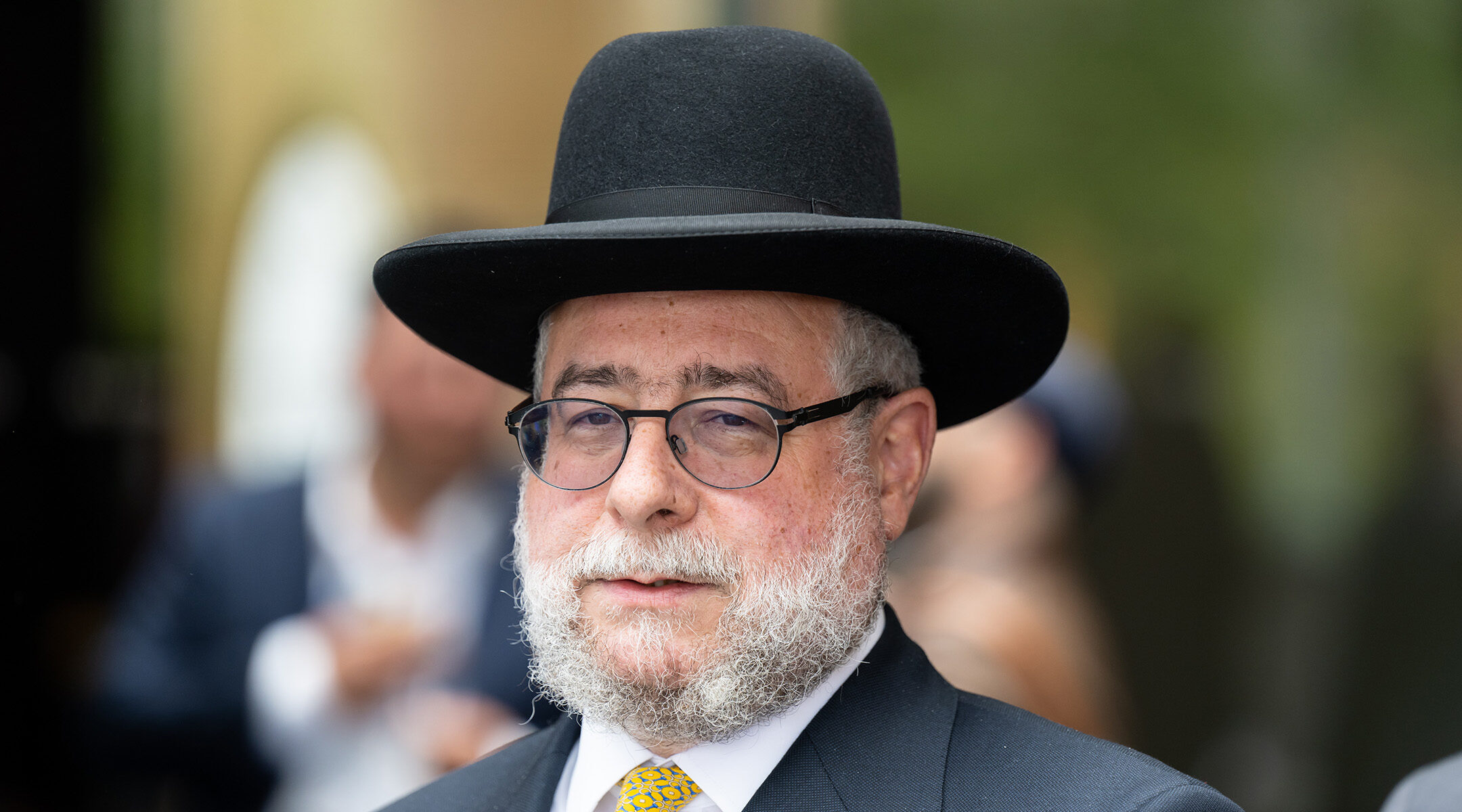 (JTA) — Pinchas Goldshmidt, the former chief rabbi of Moscow who fled the country earlier this year, said other Russian Jews should leave before it’s too late in an interview with the Guardian.

“When we look back over Russian history, whenever the political system was in danger you saw the government trying to redirect the anger and discontent of the masses towards the Jewish community,” Goldschmidt told the Guardian. “We saw this in tsarist times and at the end of the Stalinist regime.”

He argued that Russia’s floundering invasion of Ukraine is starting to foster a similar environment.

“We’re seeing rising antisemitism while Russia is going back to a new kind of Soviet Union, and step by step the Iron Curtain is coming down again. This is why I believe the best option for Russian Jews is to leave,” Goldschmidt said.

Goldschmidt, who was born in Switzerland but has been serving Russian Jewry since 1989, left the country in June, nearly four months after Russia began its invasion. He said that he was being pressured to support the invasion and feared the impact his refusal might have on Moscow’s Jewish community.

“Pressure was put on community leaders to support the war and I refused to do so. I resigned because to continue as chief rabbi of Moscow would be a problem for the community because of the repressive measures taken against dissidents,” he said.

However, others in Russia have denied that claim, including the director of Moscow’s Choral Synagogue which reelected him chief rabbi almost immediately after he left.

Other Jewish leaders in Russia have remained in the country, such as Berel Lazar, a rabbi affiliated with the Hasidic Chabad-Lubavitch movement who despite long being seen as close to Putin has spoken out against the war.

But Jews, like Russians of all ethnicities, have been fleeing Russia en masse since the war began in late February. In August, it was estimated that more than 20,000 of Russia’s 165,000 Jews had fled the country.

“There’s a section of Russian society called the creacle, the creative class of business and cultural leaders, intellectuals and artists,” Goldschmidt said, “and I think it’s safe to say a great percentage of those people have left Russia, which is and will be very detrimental to Russian society.”

During the interview with the Guardian, Goldschmidt, who is also the president of the Conference of European rabbis, additionally discussed other issues facing European Jewry, such as rising antisemitism around the world, and how the state of European Jewry compares to the situation for Jews in the United States.

“For many years, Jews in the U.S. believed that it was an exception, that whatever happened in Europe and other countries could never happen there,” Goldschmidt said. “But over the past three years there have been more attacks on Jews there than in Europe.

“What is changing is the political system is much more polarized but also the discourse has been upended by social media. The polarization we’re seeing has made antisemitism much more acceptable.”

“Show me another country that is in the grip of Nazis where the Jewish community is thriving,” Goldschmidt said.