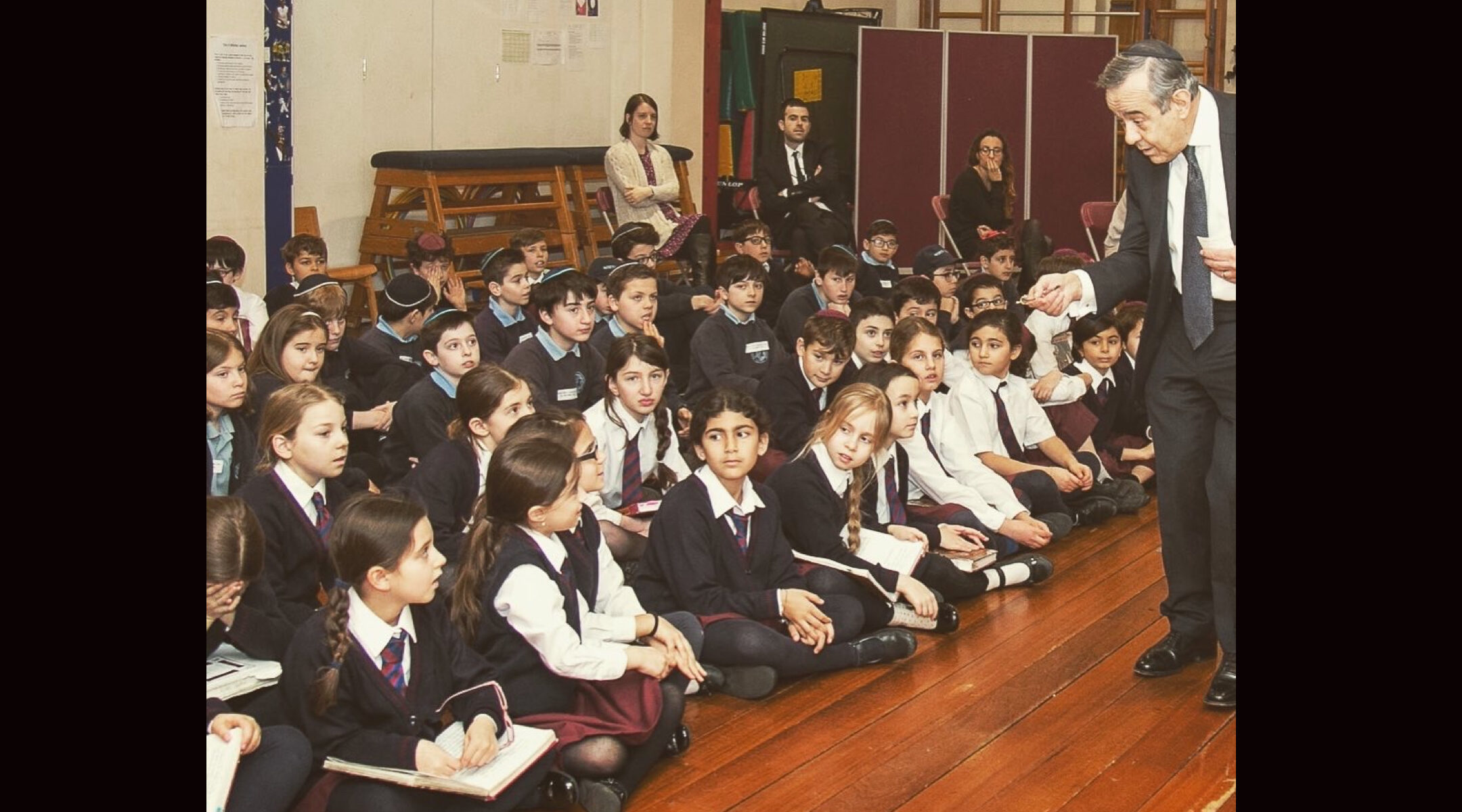 Levy died Dec. 24 at age 83, a decade after becoming emeritus spiritual head of the S&P Sephardi Community in London, following a 32-year period serving as the  head rabbi.

“He was a man of God. A leader of religious life. And he did it with a great deal of conviction. He was a leader who was courageous and had integrity,” his successor, Rabbi Joseph Dweck, said during a special session held to memorialize Levy during the annual Limmud Festival of Jewish learning in Birmingham, England, which was underway when he died.

Levy had played a role in building the annual festival to its current status when, in its early days in the 1980s, his participation was unusual among Orthodox rabbis. Now, the festival is seen as an exemplar of pluralism.

“It is a huge loss for the whole of Anglo Jewry — he built our collective Judaism,” Dweck said. “He represented the Jewish community with such grace and eloquence. I am not sure how we replace that. When we were not sure what the Spanish and Portuguese custom was there was only one person we would ask — and that was him.”

Born in Gibraltar to an Orthodox family, Levy trained as a rabbi at London’s Jews’ College and also completed a doctorate at London University. He ascended to the top spot in London’s Spanish and Portuguese community in 1980.

During his tenure, Levy was responsible for opening Naima Jewish Preparatory School, the first Sephardi school in London since the early 20th century. He remained until his death the honorary principal of the school, which was located in London’s West End and enrolled a mixture of Anglo-Sephardi Jews, Ashkenazi Jews, and burgeoning numbers of Jews from Iran, Iraq and France in the late 1980s.

Levy is also credited with retaining Orthodox rabbinic ordination in England under the auspices of the Montefiore Endowment, after the body that had ordained him stopped minting new rabbis. He additionally created a leadership program for young Jews whose early graduates included Rabbi Jonathan Sacks, Britain’s chief rabbi for 22 decades and a towering figure in contemporary Judaism. 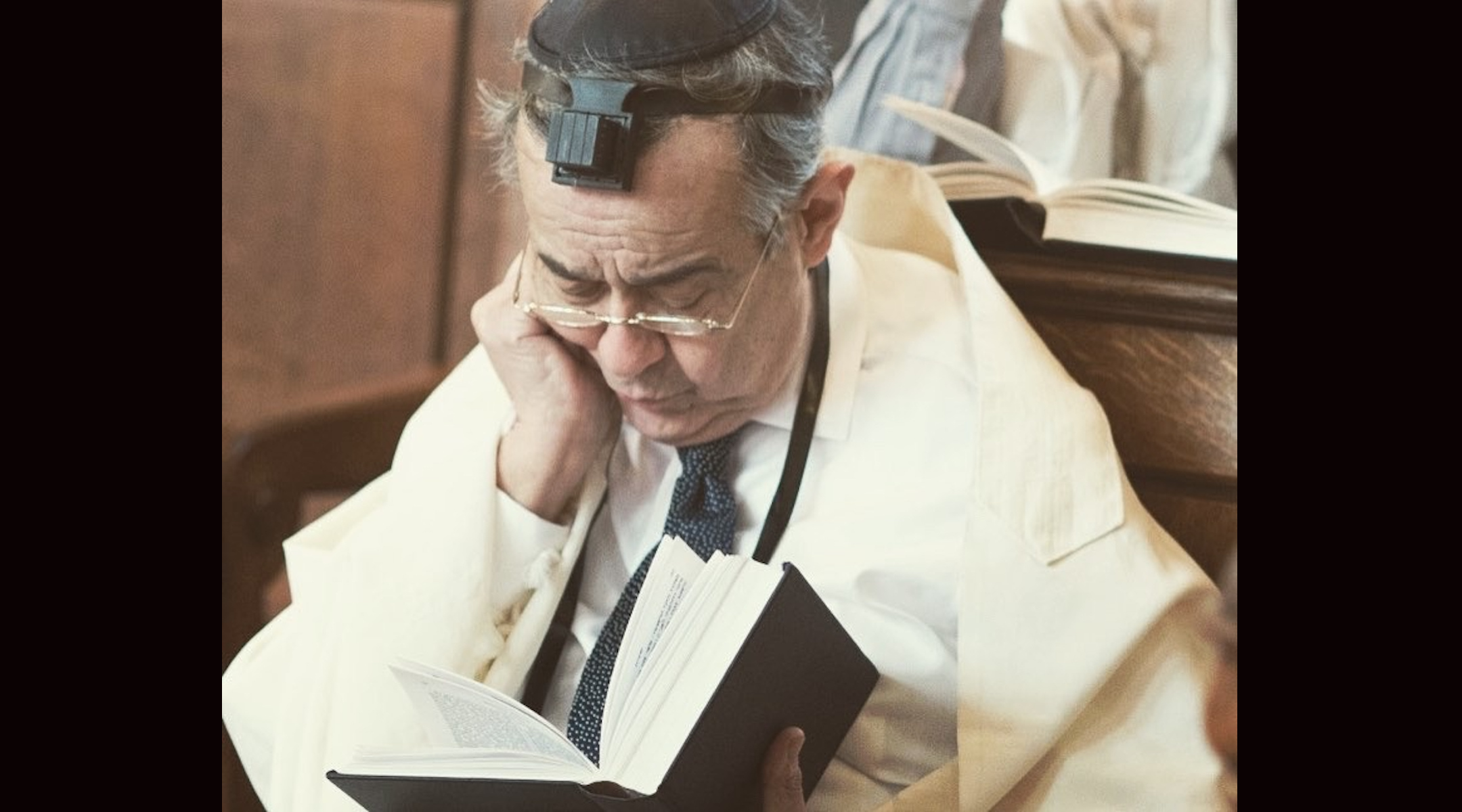 Rabbi Abraham Levy led the S&P Sephardi Community in England for more than three decades. He is seen in prayer after his retirement. (Courtesy of Rabbi Joseph Dweck)

Rabbi Raphael Zarum, a graduate of the Montefiore rabbinic training program who is now dean of the London School of Jewish Studies, said Levy was gifted at integrating religious and secular ideas. There was, Zarum said, “a natural overlap for him… He would say, ‘We Sephardim do our jobs, we are part of the world and we are also close to our faith.’”

Levy took a lead role in Sepharad 92, the effort by the World Sephardi Federation to commemorate the 500th anniversary of the Jewish expulsion from Spain and Portugal. His role included meeting heads of state and visiting Sephardic communities in Spain and Portugal.

As a member of England’s Council of Christians and Jews, Levy helped to foster positive relations between the faiths. Queen Elizabeth awarded him the OBE, Britain’s second-highest national award, for his interfaith relations work in 2004.

“Rabbi Levy will be profoundly missed, but his message of tolerance and his work toward interfaith dialogue hold enduring lessons for us all,” King Charles said in a statement. He said Levy had been his host when Charles visited the Bevis Marks Synagogue, the largest associated with the Sephardic community, for its 300th anniversary in 2o01.

“I knew him both as a kind and towering figure in his community and as a greatly respected and admired teacher across communities,” the king said in his statement.

Tributes also poured in from elsewhere in England, from British Jews of all backgrounds and even from the deputy mayor of Jerusalem, Fleur Hassan-Nahoum, who was a cousin. Hassan-Nahoum tweeted that Levy was “a great and proud Sefardi leader — who will be greatly missed.”

“Our community mourns the sad loss of Rabbi Dr Abraham Levy,” said the United Kingdom’s chief rabbi, Ephraim Mirvis, in a statement. He “made his mark well beyond the Sephardi community. A committed rabbinic leader and outstanding scholar, he made a deep impact in interfaith relations and education.”

Levy was buried Dec. 26 in a cemetery in Golders Green, a predominantly Jewish neighborhood of London, after a funeral procession that included stops at the Naima school and the Lauderdale Road Synagogue, also part of the Sephardi community. He is survived by a son and four grandchildren.