Israeli democracy may not survive a ‘reform’ of its Supreme Court 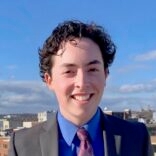 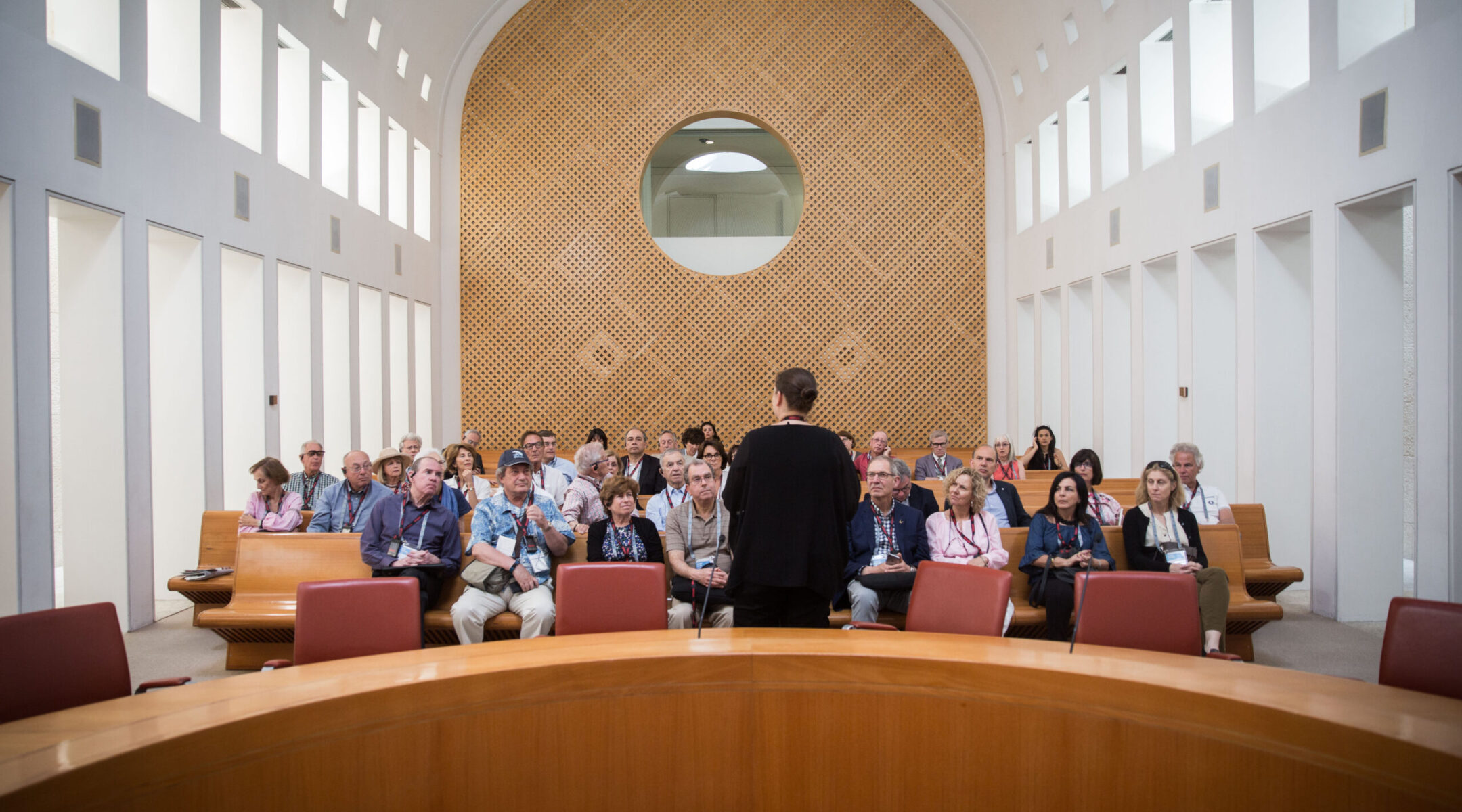 A group of visitors get a tour of the Supreme Court in Jerusalem, on June 14, 2017. (Hadas Parush/Flash90)
Advertisement

In the Knesset Wednesday, newly minted Justice Minister and Netanyahu confidant Yariv Levin unveiled a package of proposed legislation that would alter the balance of power between Israel’s legislature and its Supreme Court.

At the core of this plan is a bill to allow the Knesset to override the Supreme Court. Levin’s proposals — which almost certainly have the immediate support of a Knesset majority, regardless of Levin’s assurances that they would be subject to “thorough debate” — would pave the way for Israel’s new government to pass legislation that curtails rights and undermines the rule of law, dealing a blow to Israeli democracy.

The dire implications of this proposed judicial reform are rooted in key characteristics of the Israeli political system that set it apart from other liberal democracies. Israel has no constitution to determine the balance of power between its various branches of government. In fact, there is no separation between Israel’s executive and legislative branches, given that the government automatically controls a majority in the parliament.

Instead, it has a series of basic laws enacted piecemeal over the course of the state’s history that have a quasi-constitutional status, with the initial intention that they would eventually constitute a de jure constitution.

Through the 1980s, the Knesset passed basic laws that primarily served to define state institutions, such as the country’s legislature and electoral system, capital and military. In the 1990s, there was a paradigm shift with the passage of two basic laws that for the first time concerned individuals’ rights rather than institutions, one on Human Dignity and Liberty (1992) and the other on Freedom of Occupation (1994). These laws enshrined rights to freedom of movement, personal freedom, human dignity and others to all who reside in Israel.

Aharon Barak, the president of Israel’s Supreme Court from 1995 to 2006, argued that these laws constituted a de facto bill of rights, empowering the court to review Knesset legislation and to strike down laws that violate civil liberties, a responsibility not explicitly bestowed upon the court in the basic law pertaining to the judiciary. In 1995, the Supreme Court officially ruled that it could indeed repeal legislation that violates the country’s basic laws, heralding an era of increased judicial activism in Israel in what became known as the “judicial revolution.” The court has struck down 20 laws since, a fairly modest number compared to other democracies.

The judicial revolution of the 1990s shifted the balance of power in Israel’s political system from one of parliamentary sovereignty, in which the Knesset enjoyed ultimate power, to one in which the legislature is restricted from violating the country’s (incomplete) constitution. Israel’s Supreme Court became a check on the legislative branch in a country that lacks other checks and balances and separations of power.

As a result of these characteristics, the Supreme Court currently serves as one of the only checks on the extraordinary power of Israel’s 120-member Knesset — which is why shifting that balance of power would have such a dramatic impact on Israel’s democracy.

Levin’s proposed judicial overhaul includes several elements that would weaken the power and independence of Israel’s Supreme Court. The plan includes forbidding the Supreme Court from deliberating on and striking down basic laws themselves. It would require an unspecified “special majority” of the court to strike down legislation, raising the threshold from where it currently stands.

Levin has also called for altering the composition of the selection committee that appoints top judges to give the government, rather than legal professionals, a majority on the panel. It would allow cabinet ministers to appoint legal advisors to act on their behalf, rather than that of the justice ministry, canceling these advisors’ role as safeguards against government overreach. Should a minister enact a decision that contravenes a basic law, the ministry’s legal advisor would no longer report the violation to the attorney general, and would instead merely offer non-binding legal advice to the minister.

The pièce de résistance is, of course, the override clause that would allow the Knesset to reinstate laws struck down by the Supreme Court by 61 members of Knesset, a simple majority assuming all members are present. The sole restriction on this override would be a provision preventing the Knesset from re-legislating laws struck down unanimously, by all 15 judges, within the same Knesset term.

This plan’s obvious and most immediate result would be the effective annulment of the quasi-constitutional status of Israel’s basic laws. If the Knesset’s power to legislate is no longer bound by basic laws, these de facto constitutional amendments no longer have any teeth. There are no guardrails preventing any Knesset majority from doing as it wishes, including violating basic human rights. The Knesset could pass laws openly curtailing freedom of the press or gender equality, for example, should it choose to do so.

This counterrevolution, in effect, goes further than merely undoing what occurred in the 1990s.

Most crucially, the Knesset that would once again enjoy full parliamentary sovereignty in 2022 is not the Knesset of Israel’s first four decades. Shackling the Supreme Court is essential to the agendas of the new government’s various ultra-right and ultra-religious parties. For example, the haredi Orthodox parties are eager to re-legislate a blanket exemption to the military draft for their community, which the court struck down in 2017 on the grounds that it was discriminatory. They also have their sights on revoking recognition of non-Orthodox conversions for immigrants to Israel, undoing a court decision from 2021.

The far-right, Jewish supremacist parties of Bezalel Smotrich and Itamar Ben-Gvir, meanwhile, see an opportunity to deal a decisive blow to an institution that has long served as a check on the settlement movement. They hope to tie the court’s hands in the face of oncoming legislation to retroactively legalize settlements built on private Palestinian land, which are illegal under Israeli law. But this is only the beginning: Neutering the authority of the court could pave the way for legal discrimination against Israel’s Arab minority, such as Ben-Gvir’s proposal to deport minorities who show insufficient loyalty.

The timing of Levin’s announcement Wednesday could not be more germane. The Knesset recently amended the basic law to legalize the appointment of Aryeh Deri, the Shas party leader who is serving a suspended sentence for tax fraud, as a minister in the new government. The Supreme Court convened Thursday morning to hear petitions against his appointment from those arguing that it is “unreasonable” to rehabilitate Deri given his multiple criminal convictions, a view shared by Israel’s attorney general. Levin’s proposals would bar the court from using this “reasonability” standard.

The Israeli right has long chafed at the power of the Supreme Court, which it accuses of having a left-wing bias. But a judicial overhaul like this has never enjoyed the full support of the government, nor was Netanyahu previously in favor of it. Now, with a uniformly right-wing government and Netanyahu on trial for corruption, the prime minister’s foremost interest is appeasing his political partners and securing their support for future legislation to shield him from prosecution.

In a system where the majority rules, there need to be mechanisms in place to protect the rights of minorities — political, ethnic and religious. Liberal democracy requires respect for the rule of law and human rights. Yariv Levin’s proposals to fully subordinate the Supreme Court to the Knesset will concentrate virtually unchecked power in the hands of a few individuals — government ministers and party leaders within the coalition who effectively control what the Knesset does. That those individuals were elected in free and fair elections is no guarantee that the changes they make will be democratic.

Alex Lederman
is a policy and communications associate at Israel Policy Forum.
The views and opinions expressed in this article are those of the author and do not necessarily reflect the views of JTA or its parent company, 70 Faces Media.