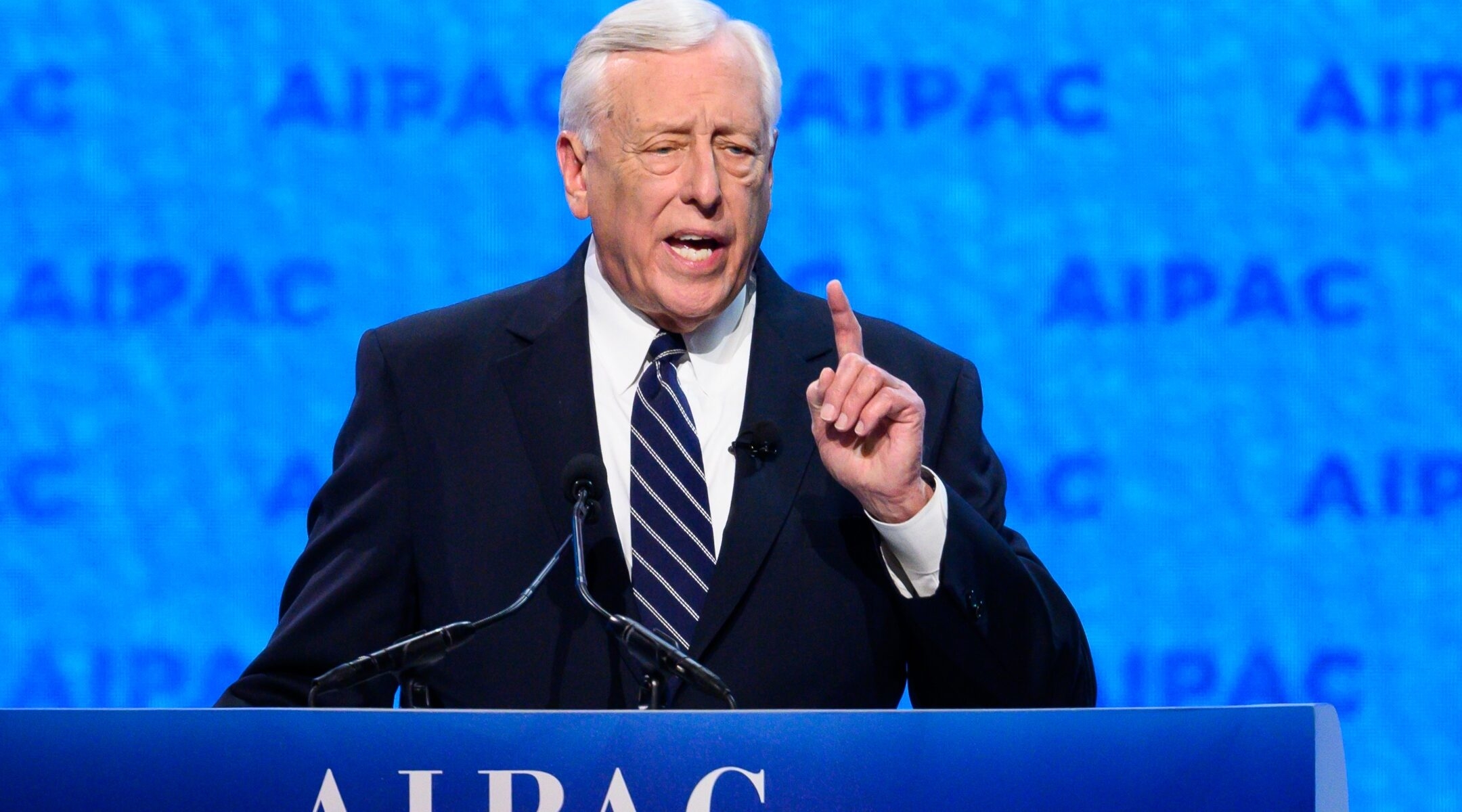 WASHINGTON (JTA) — With a new right-wing government in Israel raising alarm bells among many in the United States, the timing seemed ripe for a gathering by AIPAC, which regularly convenes bigwigs to talk about the U.S.-Israel relationship. But the group’s conference this week in Washington is focusing not on that relationship but on American electoral politics.

The American Israel Public Affairs Committee’s “Political Leadership Forum” this week is closed to press. But it offers the latest signal of how the group’s activities have evolved from the days when its policy conferences were feel-good affairs that sought to elevate pro-Israel policy above nitty-gritty politicking.

The forum is bringing in “1,000 of our top political leaders to strategize for the 2024 election cycle,” an AIPAC official told the Jewish Telegraphic Agency.

It is the lobby’s first major gathering in Washington since the COVID-19 pandemic descended on the United States three years ago, just as the group was holding its 2020 conference. In the intervening years, AIPAC announced the establishment of two political action committees, ending a policy that had for decades been sacrosanct of keeping out of direct electoral politics.

“The meeting is an opportunity to review the results of the 2022 election and to inspire and equip our top activists as they prepare for the 2024 elections,” the official said. “They will hear from AIPAC leaders and top political practitioners about the political landscape the pro-Israel movement faces, and what they can do to continue and deepen their political involvement. As always, they will see how increased political involvement is an invaluable part of our efforts to strengthen the U.S.-Israel relationship.”

AIPAC’s political action committees include a conventional PAC, AIPAC PAC, which relies on smaller donations, and a Super PAC, United Democracy Project, which has unlimited spending power. Together, the PACs raised over $50 million. The success rate was high, with UDP’s preferred candidates prevailing in eight of the 10 races it involved itself in, and AIPAC PAC backing 342 winners out of 365.

That made AIPAC a force to be reckoned with in a shifting political landscape, but directly backing candidates also exacted a price at a complicated time in the history of U.S.-Israel relations. Liberals faulted AIPAC for backing more than 100 Republicans who would not certify Joe Biden’s presidential election even after a deadly insurrection aimed at keeping Congress from doing so. Conservatives wondered why AIPAC was backing Democrats who backed the 2015 Iran nuclear deal so reviled by AIPAC.

A theme of the get-together this week was how to navigate that polarized environment. Rep. Josh Gottheimer, a New Jersey Democrat, joined Brian Fitzpatrick, a Pennsylvania Republican, to discuss maintaining bipartisan support for Israel, at a time when a vocal Israel-critical minority maintains a degree of influence among Democrats. “We are working to make sure that the U.S.-Israel relationship remains bipartisan and durable,” Gottheimer said. Gottheimer and Fitzpatrick co-chair the bipartisan Problem-Solvers Caucus.

There was policy as well, with a video conference address by Israel’s freshly elected prime minister, Benjamin Netanyahu, and one in person by Lloyd Austin, the U.S. defense secretary. Netanyahu suggested in his remarks that differences with Democrats over Iran policy were no longer as sharp as they were when Netanyahu faced down President Barack Obama in 2015 over the Iran nuclear deal. (AIPAC’s opposition to the deal at the time spurred a similar fly-in of top activists in a failed bid to quash it in Congress.).

“It’s time to close ranks between Israel and the United States — and others,” Netanyahu said of the Iran issue. “And I look forward to discussing this issue with President Biden and his team. I think there is more of a meeting of the minds today than there has ever been.”

President Joe Biden initially sought to revive the deal, which former President Donald Trump quit in 2018, but those plans are moribund because of Iran’s deadly repression of pro-woman protests and its support for Russia in its war against Ukraine.

Neither Netanyahu nor Gottheimer addressed Israel’s current political climate in the partial remarks that were released by their offices.

AIPAC shuttered its springtime policy conferences, which attracted more than 15,000 people, after its conference in March 2020 drew unwanted attention because of two of the conference-goers appeared to be spreaders of the then-unfamiliar COVID 19 virus. It has created a structure of videoconferences and smaller local get-togethers as a substitute and has not scheduled large gatherings even as other groups have resumed their pre-pandemic conventions  Still, it has not counted out reviving the conferences.