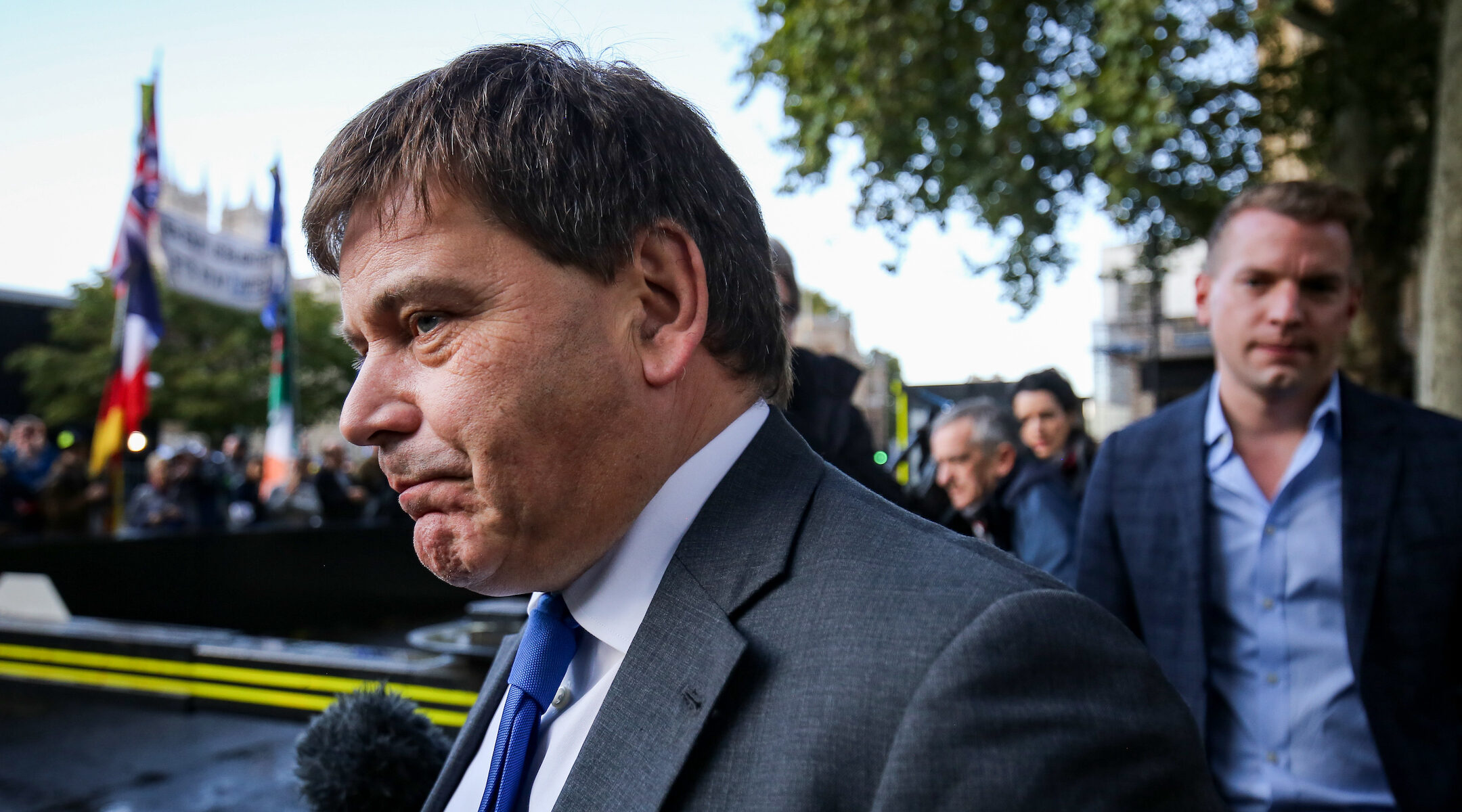 (JTA) — Andrew Bridgen, a member of British Parliament, has been booted from the Conservative Party after calling COVID-19 vaccination in the United Kingdom “the biggest crime against humanity since the Holocaust” in a tweet on Wednesday.

Starting on Tuesday, Bridgen has already been serving a five-day suspension from parliament for a breach of lobbying standards last year. Now the Tory leader will sit as an independent.

“Andrew Bridgen has crossed a line, causing great offense in the process,” said Simon Hart, the Conservative Party’s chief whip. “As a nation we should be very proud of what has been achieved through the vaccine program. The vaccine is the best defense against COVID that we have.”

“Obviously, it is utterly unacceptable to make linkages and use language like that, and I’m determined that the scourge of antisemitism is eradicated,” Sunak said on the floor of the House of Commons.

In the U.K., as elsewhere in the world, anti-vaxxer and antisemitic rhetoric have often been deeply linked.

“The accusations that the pandemic is fake and that Jewish conspirators created the virus are the most dominant in anti-vaxxer communities,” said a report released by the British government in the fall of 2020. “Whilst the groups themselves are rarely established to spread antisemitism, they become a hotbed for antisemitic conspiracy theories.”

As COVID vaccines began to roll out, comparing that campaign with the Holocaust and comparing those who administered the vaccines with Nazis became commonplace in the British anti-vaxxer community.

“At the Nuremberg trials, the doctors and nurses stood trial and they hung. If you are a doctor or a nurse, now is the time to get off that bus. Get off it and stand with us, the people, all around the world they are rising,” Kate Shemirani, a prominent British anti-vaxxer said in 2021.

“Six million Jews were murdered in the Holocaust. COVID vaccines have saved millions. The false and outrageous comparisons must end,” the AJC tweeted.

Martin Stern, a Holocaust survivor and immunologist, who works heavily with Holocaust education groups, told Sky News that Bridgen had “failed in his duty as a legislator.”