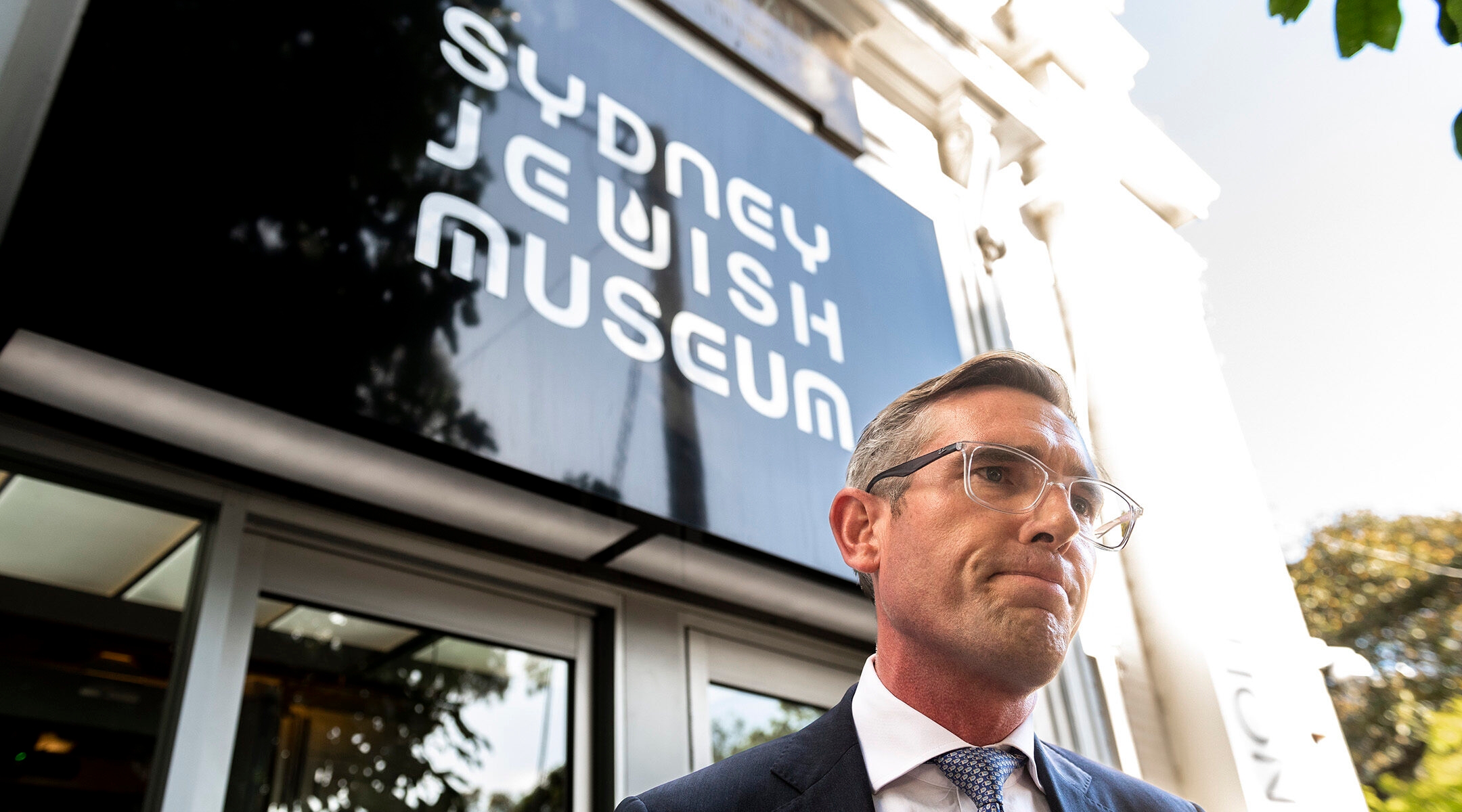 (JTA) — Dominic Perrottet, the premier of the Australian state of New South Wales and a leading member of the country’s center-right Liberal Party, is facing harsh criticism after news surfaced that he wore a Nazi costume during his 21 birthday party, nearly 20 years ago.

Perrottet apologized during a conference he called outside of the Sydney Jewish Museum last Thursday, but critics complained that he did not disclose the incident years earlier. He told the Australian Jewish News on Wednesday that he was “deeply ashamed” by the incident and claimed that he considered admitting to the act in 2021, while giving the museum $6.25 million of state funds, or while working to pass a ban Nazi symbols last year.

“I knew the hurt the truth of this terrible mistake that I made would bring, to particularly the Jewish community,” he said.

Perrottet has claimed that he did not know what the uniform was at the time but was educated about it by his parents after returning home from the party. The news has made headlines across Australia and beyond, and reports are swirling that Perrottet’s position could be in peril.

Around 50,000 Jews, including some 2,000 Holocaust survivors, live in the state of New South Wales, where Australia’s second-largest Jewish community, in Sydney, is located.

“We’ve had members of the community in tears over this particular incident,” NSW Jewish Board of Deputies CEO Darren Bark told the ABC, Australia’s main broadcaster.

But he also praised Perrottet.

“The premier has been a staunch supporter and friend of the NSW Jewish community throughout his time in public life,” Bark said, pointing out that perrottet had supported Holocaust education during his time in office.

Perrottet told the Australian Jewish News that he is looking into creating an easier way for primary school students to report bullying and that he wants to allocate more funds for the Sydney Jewish Museum.

“My focus now is to really ensure that what occurred all those years ago becomes a force of good for our young people moving forward,” Perrottet said.