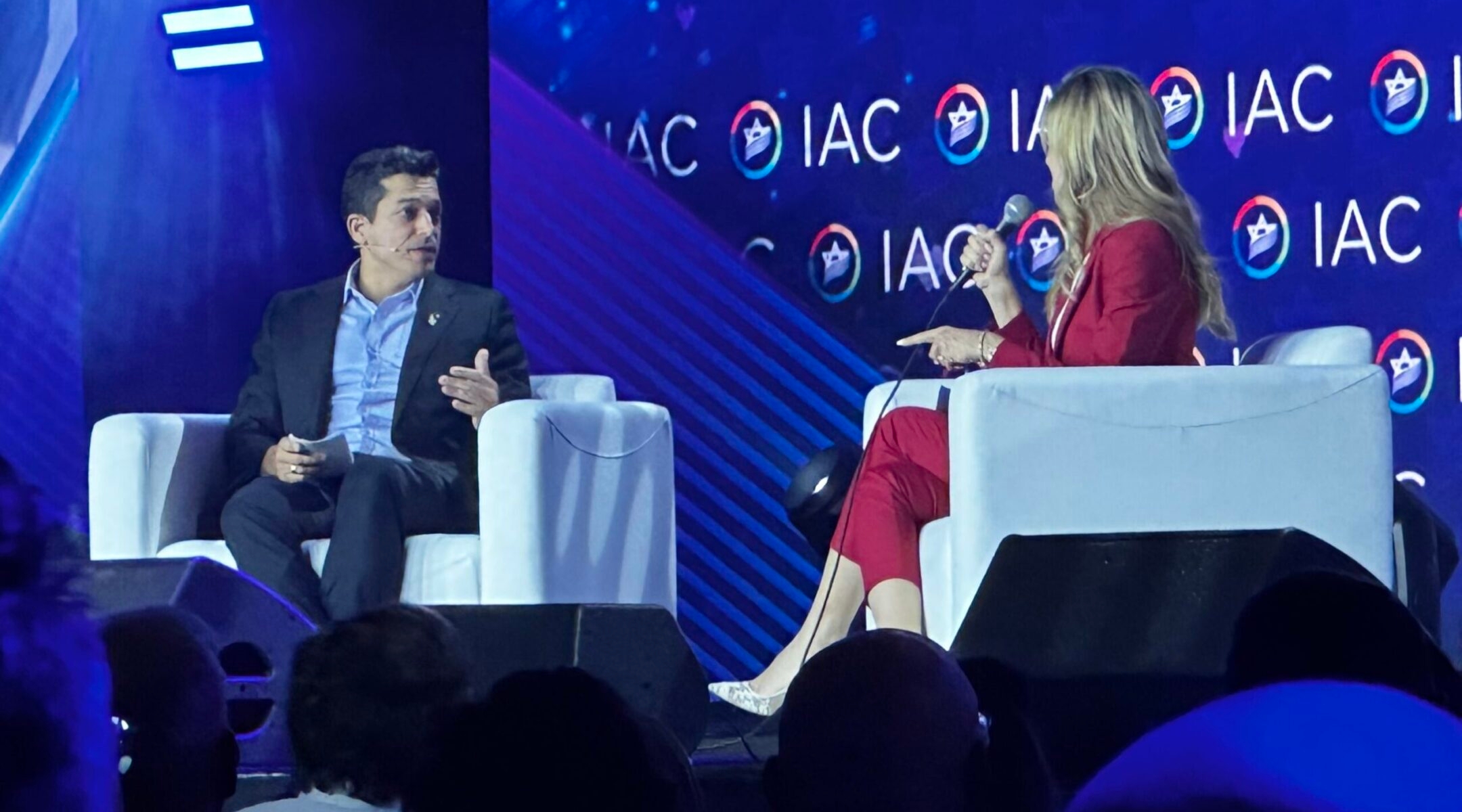 But Amichai Chikli said that while some proposed changes that worry Americans — including an overhaul to the country’s Law of Return — would happen slowly, any criticism is largely misplaced.

“There is a large alarm on the left, it’s obvious, and it affects dramatically most of the Jews who live here in America,” Chikli said at the summit of the Israeli American Council, which aims to keep Israelis in America connected to Israel.

“We had an election. The result was crystal clear. We were very honest with our agenda, and it is our responsibility to form this agenda,” he said. “And it does not mean that we are not listening. We do listen, and I spent hours today, yesterday, to listen to Jewish leaders and what they have to say about the Law of Return, about the judicial changes, and everything. We’re listening to the criticism. We’re listening to the concerns. We care about it.”

Chikli was making his first public comments outside of Israel since being appointed minister of Diaspora affairs late last month in Israel’s new right-wing government, helmed by Prime Minister Benjamin Netanyahu. Netanyahu’s decision to ally with extremist parties, including ones that advocate for curbing rights to Arab Israelis, LGBTQ Israelis and non-Orthodox Jews, has drawn concern from across the Diaspora, as has the government’s effort to weaken Israel’s judiciary, which historically has acted to protect the country’s minorities.

Diaspora Jewish leaders have raised particular concern about the coalition’s agreement to amend Israel’s hallmark Law of Return, which permits anyone with a Jewish grandparent to claim citizenship. The eligibility rules were crafted to reflect the Nazis’ criteria for whom to kill during the Holocaust, but Israel’s religious parties say that has left the door open to immigrants who are not invested in building a strong Jewish state.

Speaking in a live interview with Israeli journalist and TV presenter Miri Michaeli, Chikli said he believed it was a problem for Israel’s identity that a decreasing percentage of immigrants from the former Soviet Union are connected to Judaism and many of them don’t stay in Israel for very long.

But the new minister said any changes to Israel’s Law of Return would happen slowly and through a process that includes consultation with others.

“No one, no one is going to cancel the Law of Return, which is fundamental for the state of Israel,” Chikli said.

“We’re not saying we’re about to cancel Chapter Four tomorrow morning,” he said, referring to the amendment to the Law of Return that permits non-Jewish children and grandchildren to immigrate. “That’s not what’s going to happen. What’s going to happen is there’s going to be a committee to determine how can we deal with this serious challenge. And as you see when you go into the details, that’s a challenge. We need Israel to be a strong Jewish state, and we need to tackle this challenge, and we’re going to do it slow. We’re going to do it by listening to all.”

Chikli, who has previously made disparaging remarks about Reform Judaism and who has said the LGBTQ Pride flag is an antisemitic symbol, grew up and lives on a kibbutz founded by the Conservative movement of Judaism where three-quarters of voters backed left-wing parties in the most recent election. He said his government’s critics would do well to change how they form their opinions about the government.

“I think that maybe one tip is less Haaretz and New York Times, and more common sense and tachlis, what the government is actually doing,” Chikli said, referring to newspapers perceived as liberal and using the Hebrew word meaning details. “That’s it. We are proud to be Zionists. Me, myself, I’m proud to represent this government.”

Nearly 3,000 people, many of them Israelis living in America, are expected to attend the IAC’s summit in Austin this week. Chikli’s comments came during the opening day, when Israeli President Isaac Herzog spoke to the summit via video message and acknowledged concerns around the new administration.

“It’s no secret that, since Israel’s most recent election, questions were raised by many of our friends around the world and in the United States,” Herzog said. “Our friends want to know that Israel will continue to carry the rich, ethical heritage on which our country was founded, that it will continue to stand for those values of democracy, liberty and equality, which are the animating force behind the United States and Israel alliance. So allow me to reassure you that Israeli democracy is strong.”

Many of the events during the conference’s first day did not address the month-old government, its turmoil or the concern ricocheting across the world, including among many of Israel’s allies.

Ofer Krichman, an Israeli expat who works in finance and lives in New Jersey, told the Jewish Telegraphic Agency that he had expected the new Israeli administration to be a bigger topic of conversation.

Instead, he said, he had conversations about “ideology, but based not on politics, based on Jews all around the world, antisemitism, how to cope with that, which is not business, but that’s a valid topic to discuss, and it’s a concerning topic.”

One of Chikli’s first acts was to extend his title to include a mandate to fight antisemitism. He says the movement to boycott Israel, known as BDS, is of particular concern to him. Noa Tishby, Israel’s first special envoy for combating antisemitism and delegitimization of Israel, also spoke during the summit’s first day.

The turmoil was on the minds of some attendees. Grinstein, the founder of the Reut Group, a nonpartisan Israeli policy think tank, told JTA that the relationship between Israel and world Jewry is at a pivotal moment.

Those concerns offered an undercurrent during the first day of the conference. But the dominant vibe was simply on making business connections and meeting people.

Shani Gil, who works in real estate in the Los Angeles area, said she spent her first day at the conference going through the booths, mingling and handing out business cards.

“It’s an electric vibe in the air,” she said. “Everyone’s very excited.”

This story has been updated to clarify the portion of the Law of Return to which Chikli referred directly.