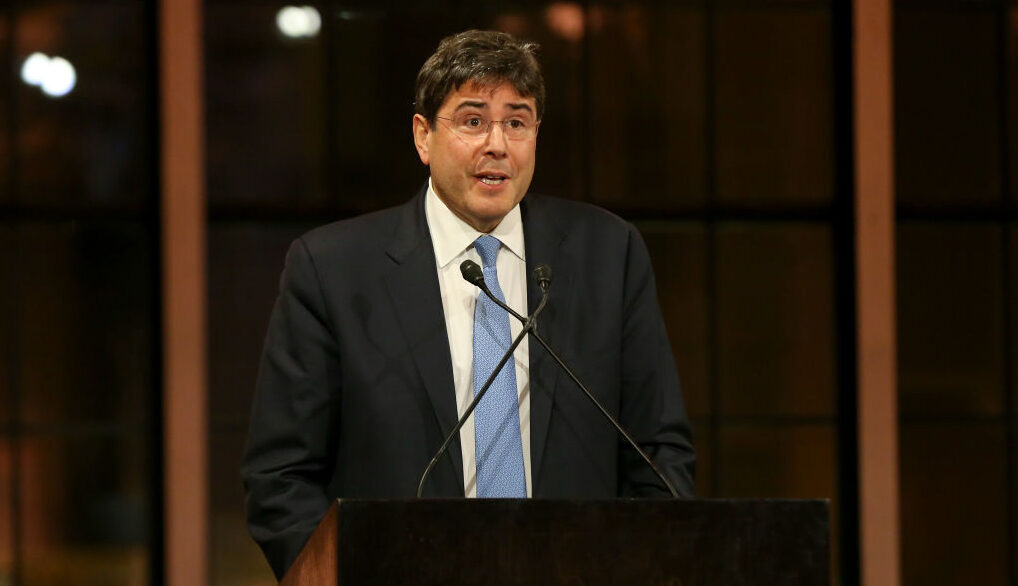 Eric Goldstein, seen at a gala for the YM-YWHA of Washington Heights and Inwood in 2019, wrote that he is “alarmed” by recent judicial reforms introduced by Israel’s newly installed justice minister. (Bennett Raglin/Getty Images)
Advertisement

(New York Jewish Week) — The head of North America’s largest Jewish federation made the rare step of criticizing proposed legislation by Israel’s government and “imploring” its prime minister to shelve it.

In an email sent Friday to supporters of the UJA-Federation of New York, its CEO, Eric Goldstein, wrote that he is “alarmed” by recent judicial reforms introduced by Israel’s newly installed justice minister. The reforms, a priority of what has been described as the most right-wing government in Israeli history, would allow Israel’s parliament to override decisions by the Supreme Court and further politicize the selection of its justices.

“The current proposed legislation raises dramatic concerns,” wrote Goldstein, an attorney who was named to head UJA-Federation in 2014. “It eviscerates the role of the judiciary by allowing Supreme Court decisions to be struck down by the barest majority of the Knesset — undermining the very foundations of Israel’s democracy and subjecting all minority groups to the tyranny of the majority.”

“I respectfully implore” Prime Minister Benjamin Netanyahu to make good on previous pledges that he would block laws that threatened the independence of Israel’s justice system, wrote Goldstein.

Jewish federations — umbrella philanthropies that are set up to serve the range of Jewish denominations and political expressions — seldom publicly criticize the Israeli government, whose social service sector is among their biggest beneficiaries. Goldstein acknowledged as much in his letter, writing that “many insiders advised that off-the-record conversations with senior government officials would be more productive than strident public pronouncements.” (UJA-Federation is a funder of 70 Faces Media, the New York Jewish Week’s parent company.)

In his message, Goldstein is careful to note his pro-Israel bona fides, noting that two of his four children immigrated to Israel and now live in Tel Aviv, including one serving in the Israeli military. And after acknowledging complaints on Israel’s right that the Supreme Court had grown less accountable to the Israeli public, Goldstein wrote, “Judicial reform can be achieved without threatening the fundamental democratic character of Israel.”

Read more from our CEO, Eric S. Goldstein, on the challenge of proposed judicial reform in Israel. https://t.co/q43KdUVyFP pic.twitter.com/L0mxe7LHBU

Goldstein addressed concerns over alienation in his letter. “[T]here’s an instinct among some in our community to turn their back on Israel in moments of serious disagreement. But cutting ties or support for Israel is precisely the wrong response,” he wrote. “To the contrary, this is the moment to engage even more, using all the means at our disposal to help sustain a Jewish and democratic Israel.”

To that end, Goldstein wrote that UJA’s Israel office and the Forum of Foundations in Israel are meeting with “dozens” of Israeli philanthropies “to think together about shared strategies for addressing the current moment… and to discuss joint funding initiatives to counter the impact of potential new governmental policies and legislation.”

Representing often fractious communities, especially on Israeli domestic affairs, federations try to avoid political statements or positions. One of the few exceptions has been a decades-long, often public disagreement over policies in Israel that appear to discriminate against the non-Orthodox religious denominations, which represent a majority of affiliated American Jews.

But Goldstein said his concerns over the judicial reforms are consistent with the federations’ support for various causes that some think will be undermined by the new Israeli government’s policies. “We’ve long invested in programs and nonprofits that amplify diverse voices and work to build bridges of understanding, helping to create spaces for all the tribes of Israel — Secular, Haredi, Arab, LGBTQ+, Ethiopian, and more,” he wrote.