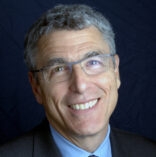 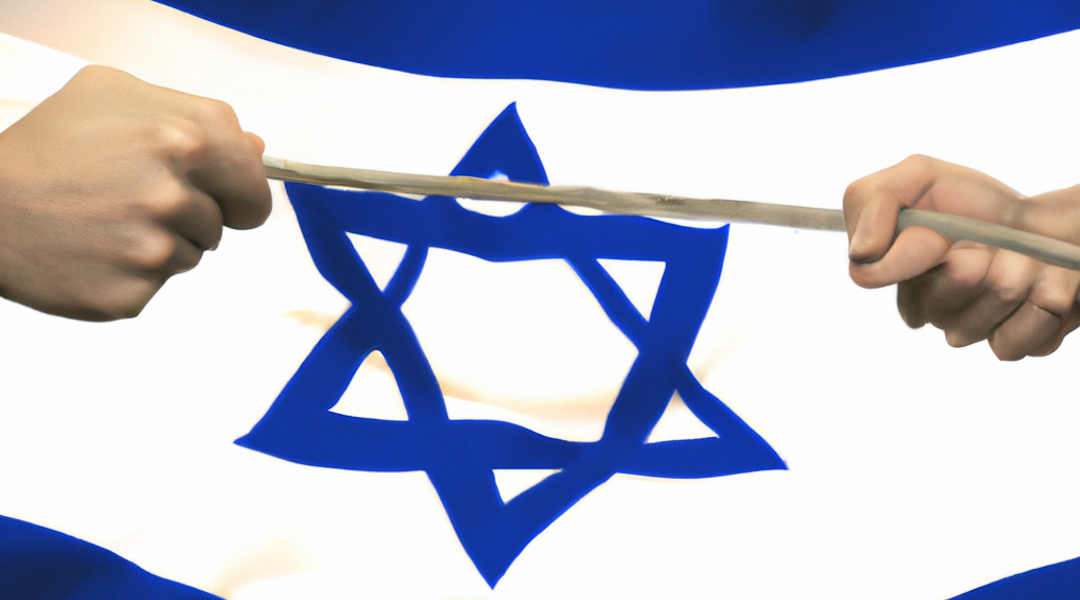 (JTA) — The Book of Exodus tells us that the penultimate plague inflicted on Egypt, the plague of darkness, was one of the worst. The 16th-century Italian commentator Sforno, who lived in the aftermath of the Inquisition in Spain, wrote that the darkness went beyond the mere absence of light: It was a tangible darkness, a darkness you could feel. We can empathize as we feel the darkness of intolerance, hate, bigotry and zealotry today.

We kindle our lights during the eight days of Hanukkah to remember a time of darkness so bleak that the Maccabees, cruelly oppressed by Antiochus IV, could feel it. The Jews were a tiny minority in the expansive, ancient Greco-Syrian Empire. The Maccabees fought one of the earliest battles for religious freedom. Though they were vastly outnumbered, our ancient heroes remained courageous and determined.

Today, we recognize that no nation is immune to our era’s autocratic repression of democracy, human rights and civil rights. Battles against bigotry, hate and religious intolerance are being fought in too many places around the world, including in our beloved Israel. With the same determination as the Maccabees, we must fight for religious pluralism and equality in Israel with law and democracy as our weapons and drive out the darkness by bringing the light of equity, compassion and justice.

Loud voices within the new Israeli government are distinguished by their hatred for those who are not like them: non-Orthodox Jews, LGBTQ+ individuals, Palestinian-Israeli citizens, Palestinians, immigrants  and others. The extremist political agenda of this new government is profoundly distressing, representing radical policy shifts that are antithetical to the core values of liberal Jews. We North American Jews can either walk away or lean in with all our might.

Some maintain that because the values that used to bind Jews in the Diaspora to the Jewish State are being replaced with extreme ultra-nationalist and ultra-Orthodox policies, it is time for liberal Jews to walk away from the Zionist project. This would be a terrible mistake: Zionism is more than what Israeli politicians say or do. Authentic Judaism is much more diverse and expansive than the restrictive definitions of the ultra-Orthodox Chief Rabbinate.

This is the moment for liberal Jews to fight even harder for the Jewish State envisioned in Israel’s Declaration of Independence. Leaders of the new Israeli government are hoping that we will abandon Israel and allow them to create a new Israel that is divisive, tyrannical and tribalistic. This is why they fight us so bitterly at the Western Wall, and why they stymied the agreement that would have created an equitable prayer space at that holiest of Jewish sites.

We will not stand idly by while the most important project of contemporary Jewish life, the State of Israel, is led down the road of autocracy by extremists. Instead, we will renew our dedication to the State of Israel as a safe home for all her citizens and the democratic, pluralistic homeland of all Jewish people. We refuse to allow extremists to subvert religious equality in Israel.

The Reform and Conservative Jewish movements are growing in Israel, showing that Israelis yearn for a Judaism that is egalitarian, relevant, evolving and morally rigorous.

The progressive Zionism we embody is not reliant on the politicians or parties in power; rather, it is tied to the diverse people of Israel and the bedrock values of “freedom, justice and peace” upon which Israel was built and are enshrined in its Declaration of Independence. This is a critical time to invest our energy and resources in growing the pluralistic Jewish communities in Israel. The Israel Religious Action Center, our Reform movement’s social justice arm in Israel, is one such institution that is lighting the way for that just, secure and pluralistic Israel we envision and hold in our hearts.

Over the coming months, our Reform movement will bring thousands of North American Jews — teens, families, and adults — to experience the beauty and miracle of modern Israel while visiting and strengthening our allies throughout the land. The unity and security of the Jewish people matter immensely to us, and the well-being of the Jewish State is also our responsibility. These are two profound reasons why we will not stop standing up and fighting for the Israel we love.

We will not let the darkness overtake the light. The light shines brightly when we celebrate the many authentic ways our people live out their Jewish commitment. The light shines brightly whenever we are partisans for justice and compassion. As inaugural poet Amanda Gorman said, “There is always light. If only we’re brave enough to see it. If only we’re brave enough to be it.”

Let this be said of us — this Hanukkah and every day.

Rabbi Rick Jacobs
is the President of the Union for Reform Judaism, the largest Jewish movement in North America.
The views and opinions expressed in this article are those of the author and do not necessarily reflect the views of JTA or its parent company, 70 Faces Media.