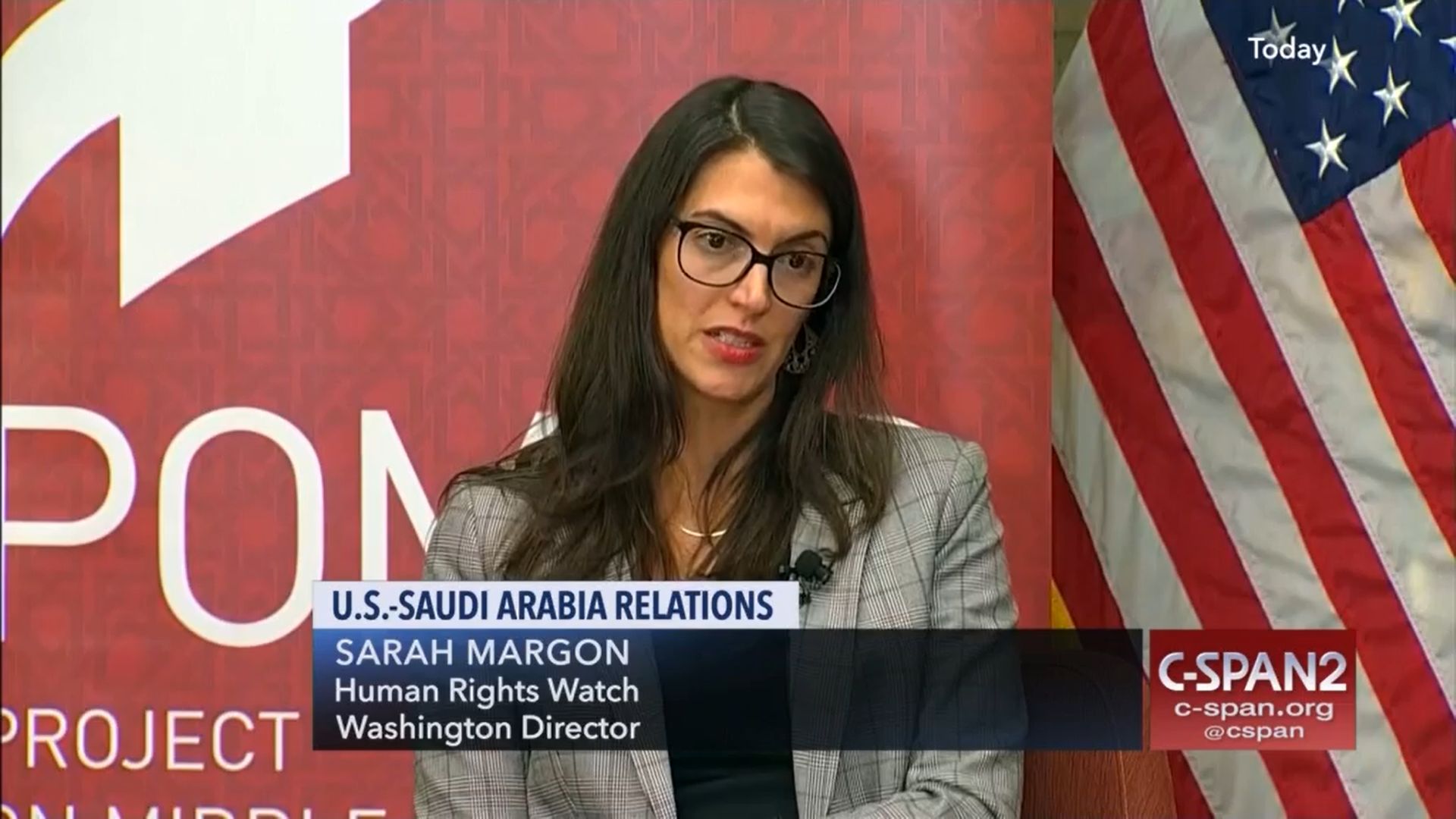 Sarah Margon appaears on a panel at the Hoover Institute in Washington DC on Oct. 18, 2018. (C-SPAN)
Advertisement

WASHINGTON (JTA) — A Jewish nominee withdrew her bid for a top State Department human rights post after a key Republican senator refused to change his mind about what he said were her unacceptable past comments on Israel.

“At present, I don’t see a path forward for confirmation, and after one and a half years, it’s time to move on,” Sarah Margon said in a statement first reported by Politico. President Joe Biden had nominated Margon to be assistant secretary of state for human rights.

James Risch, the Idaho senator who is the top Republican on the Senate Foreign Relations Committee, refused to agree to advance Margon’s nomination principally because of her statements on Israel.

Margon had in the past tweeted about supporting disinvestment from Jewish settlements in the West Bank. Hawkish pro-Israel groups, including the Zionist Organization of America, said this was tantamount to endorsing the boycott Israel movement, although Margon in testimony said she did not support a broader boycott of Israel.

Right-wing pro-Israel groups also held against Margon her past employment with Human Rights Watch, a group that has clashed repeatedly with Israel’s government.

Margon likely had the votes to advance on the committee — Democrats are in the majority — and she had the backing of its chairman, Democrat Robert Menendez of New Jersey, one of the most staunchly pro-Israel senators in the body. But the committee has a tradition of “comity,” in which no nominee is granted a vote without the agreement of the committee’s top Republican and Democrat. Menendez would not break with that tradition.