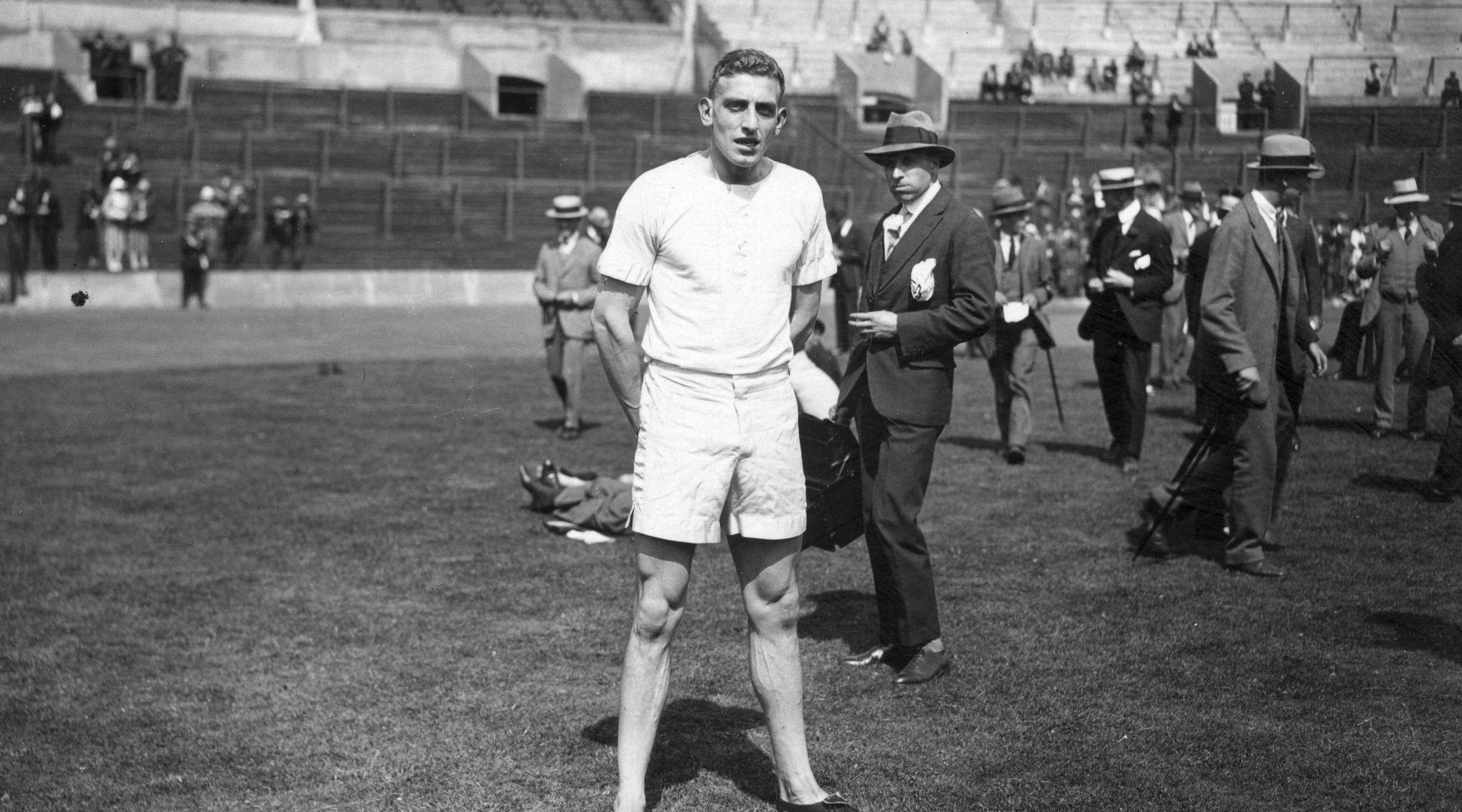 Harold Abrahams in 1923. The following year he won the 100 metres event at the Paris Olympics and was immortalised in the 1981 film "Chariots of Fire." (Topical Press Agency/Getty Images)
Advertisement

“He will vindicate the honor of British sports,” declared the Prince of Wales, after warmly congratulating together with Prince Henry, the athlete Abrahams, who is representing Great Britain at the international Olympic Games here.

Abrahams, upon whom the hope of British sports is centered, won the 100 meter race to the wild cheers of 40,000 spectators at the games.

Abrahams was the first man in England to achieve the record of doing 100 meters in ten and four-fifths seconds. He is a student at Cambridge and a member of a well-known Jewish medical family.