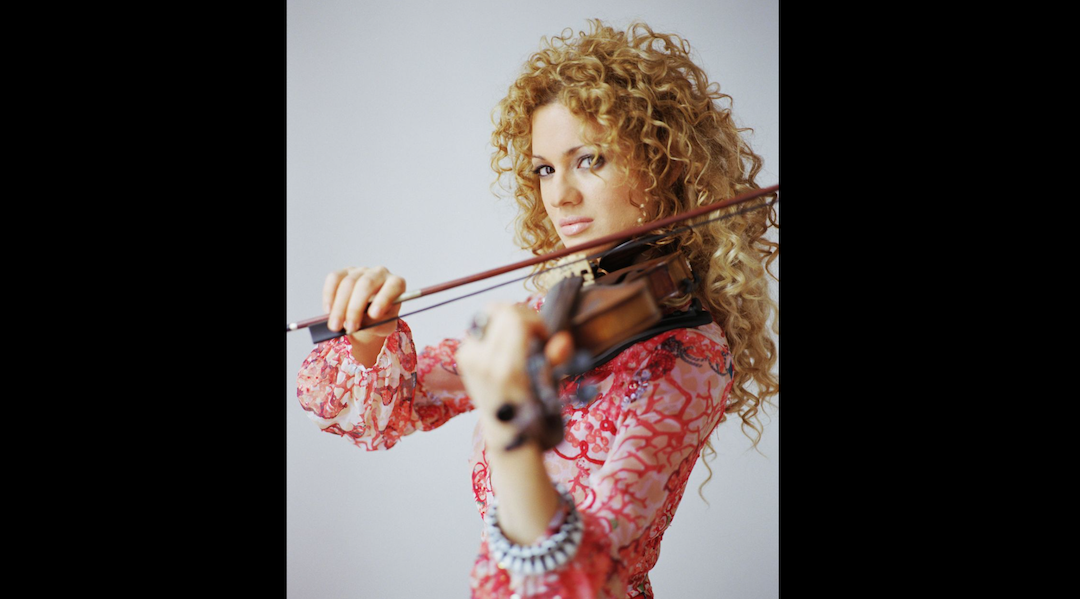 She played at the Super Bowl in Detroit in early February, she was the featured performer at a Hillary Clinton campaign event in New York just three weeks later, she’s the poster child for Reebok’s “I Am What I Am” campaign, and she’s got her own television show in the works. After several years playing violin behind hip-hop and pop stars like Kanye West and Jay-Z, Britney Spears and Mariah Carey, Grammy award winner Miri Ben-Ari — a nice Jewish girl from Israel turned gangsta violinist from New York — is stepping into the limelight, determined to become a household name.

“I want to bring music back,” says Ben-Ari, 27. “In an era where everything is music samples, I’m representing a movement that’s turning to live music again.”

With performances integrating classical and R&B, jazz and gangsta rap, klezmer and dancehall, Ben-Ari has managed to bring high-brow musicianship to the street level, inspiring scores of American youth to bang out today’s chart-topping tunes on the once-nerdy violin.

“Miri has taken a classical instrument, the violin, and changed people’s perception of how they see it,” says Que Gaskins, vice president of global marketing for Reebok. “She’s made it very cool. There is a subtlety that parallels what we’re doing with our products.”

The daughter of professional musicians, Ben-Ari grew up as a classically trained violinist in Israel — where, as a child prodigy, she caught the attention of virtuoso Isaac Stern.

When Ben-Ari was 12, Stern’s foundation presented her with a violin, which she used to win one music competition after another. Yet she never felt particularly moved by the classical music she was playing.

“The whole time in my classical journey, I knew I wasn’t going to be a classical violinist — I wasn’t feeling the orchestra thing,” Ben-Ari recalls.

“I always wanted to improvise,” she continues, excitement growing in her voice as she remembers. “One of the best moments of my classical career was doing chamber music with kids in Jerusalem. My favorite part was where they let us fake something, make up something. The improvisation stuff got me crazy — being creative. Other than that, I don’t have a lot of recollections of amazing moments of my classical stage.”

After serving in the Israeli army, Ben-Ari decided to move to New York, where she had been granted a scholarship at Mannes College of Music. The decision struck her parents as another typical act from their rebellious daughter.

Armed with a violin, high-school English and determination, Ben-Ari headed to the Big Apple in 1998. Hustling gigs to pay the rent, she found herself unable to attend classes at Mannes, and she was kicked out of school within a year. Still, she kept playing.

“If I walked into a club and there was a stage, I’d pull out my violin and play. If there was no stage, I’d still play,” she recalls. “I always believed that if I played a lot in front of audiences, at first I’d get my ass kicked again and again, but then I’d get better. When you perform in front of an audience, and you don’t do well, you go home and practice all day. Then go out and get your ass kicked again.”

Ultimately her persistence paid off: After working the scene and getting to know musicians, Ben-Ari was invited to perform at a WBLS radio party in New York with leading industry professionals. When she arrived, she was asked to play — with no jazz band in sight.

“I was like, no, man, what am I going to do, a violin solo?” Ben-Ari recalls. “Back in the day I was a jazz musician, I wanted the rhythm section.”

Noticing a DJ on the stage, she decided to try something new.

“You have to trust me, it’s hot, I’ve done this a million times,” Ben-Ari lied to the DJ. “Just flip records behind me, go crazy.”

Unfamiliar with hip-hop at the time, Ben-Ari had no idea what the DJ was playing.

“There I am with a violin and he’s playing the best of hip-hop, and I’m playing along. I’m thinking, ‘This shit is so hot,’ I’m getting into it myself, improvising,” she recalls.

Eyes closed, Ben-Ari thought a fight had broken out when the crowd began screaming. Actually, they were hollering for her — a sound she would quickly get used to. After her gutsy act that night, Ben-Ari was invited to perform with hip-hop artist Wyclef Jean at Carnegie Hall, where thousands of fans went crazy; at the Apollo Theater, where the audience was so worked up they named her an Apollo Legend; and on 106 & Park, a hip-hop show on Black Entertainment Television, where there was such an onslaught of fan mail that BET brought her back within weeks.

Hip-hop mogul Jay Z saw one of her performances and asked Ben-Ari to be one of three featured artists at the hip-hop Summer Jam event — where she received a standing ovation from 20,000 audience members.

“I was a nobody,” Ben-Ari chuckles, “but I had the second feature, after Missy Elliot.”

Today Ben-Ari receives a deluge of fan mail, mostly from youth who began studying violin because of her. Taking advantage of her impact on kids, Reebok expects the dynamic Ben-Ari to create a buzz for its brand.

“Through research we found that youth respect brands and products that are authentic and speak to something real,” Gaskins says. “They are all struggling with the question, ‘Who am I?’ They want to fit in but stand out too.”

As a pioneer violinist with celebrity status, Ben-Ari does both at once, he says, making her the perfect magnet for the youth market.

Ben-Ari says she’s “humbled” by her status as a role model, and that it gives her a heightened sense of responsibility about how she behaves and what she says.

“Especially in hip-hop, many artists talk about things that are either irrelevant or destructive,” she says. “Kids don’t need to hear that.”