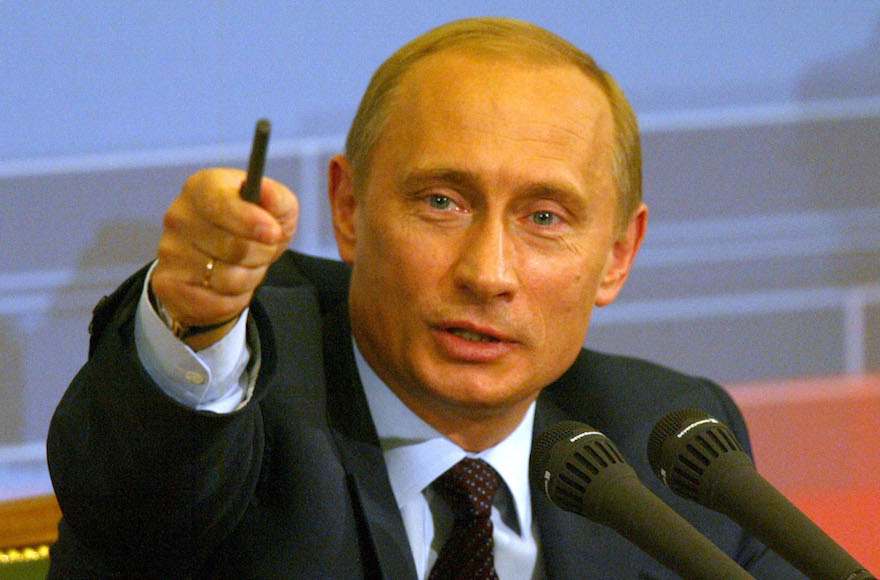 Never known as a scholar of Judaism, Russian President Vladimir Putin has offered his interpretation of the meaning of Chanukah.

The holiday “means not a military but a spiritual victory, and without that it is impossible to build a strong society and a strong state,” Putin said late last week, visiting a Jewish center to light Chanukah candles in another public show of support for Russia’s Jewish community.

Putin’s appearance at the Maryna Roscha synagogue is seen as an attempt to boost relations with the Jewish community and allay growing fears of renewed Russian anti-Semitism.

Earlier this month, Jewish groups accused the Kremlin of doing nothing to end attacks on Jewish targets.

Meanwhile, former Israeli Prime Minister Benjamin Netanyahu, on a two-day visit to Russia, met with Putin at a reception in the local Jewish community center run by Chabad-Lubavitch.

The two politicians drank kosher wine and talked for an hour and a half.

After the dinner they spent two more hours discussing the possibility of an enhanced role for Russia in the Middle East, the role of the Russian community in Israel and the new U.S. administration of President-elect George W. Bush, Netanyahu told journalists.