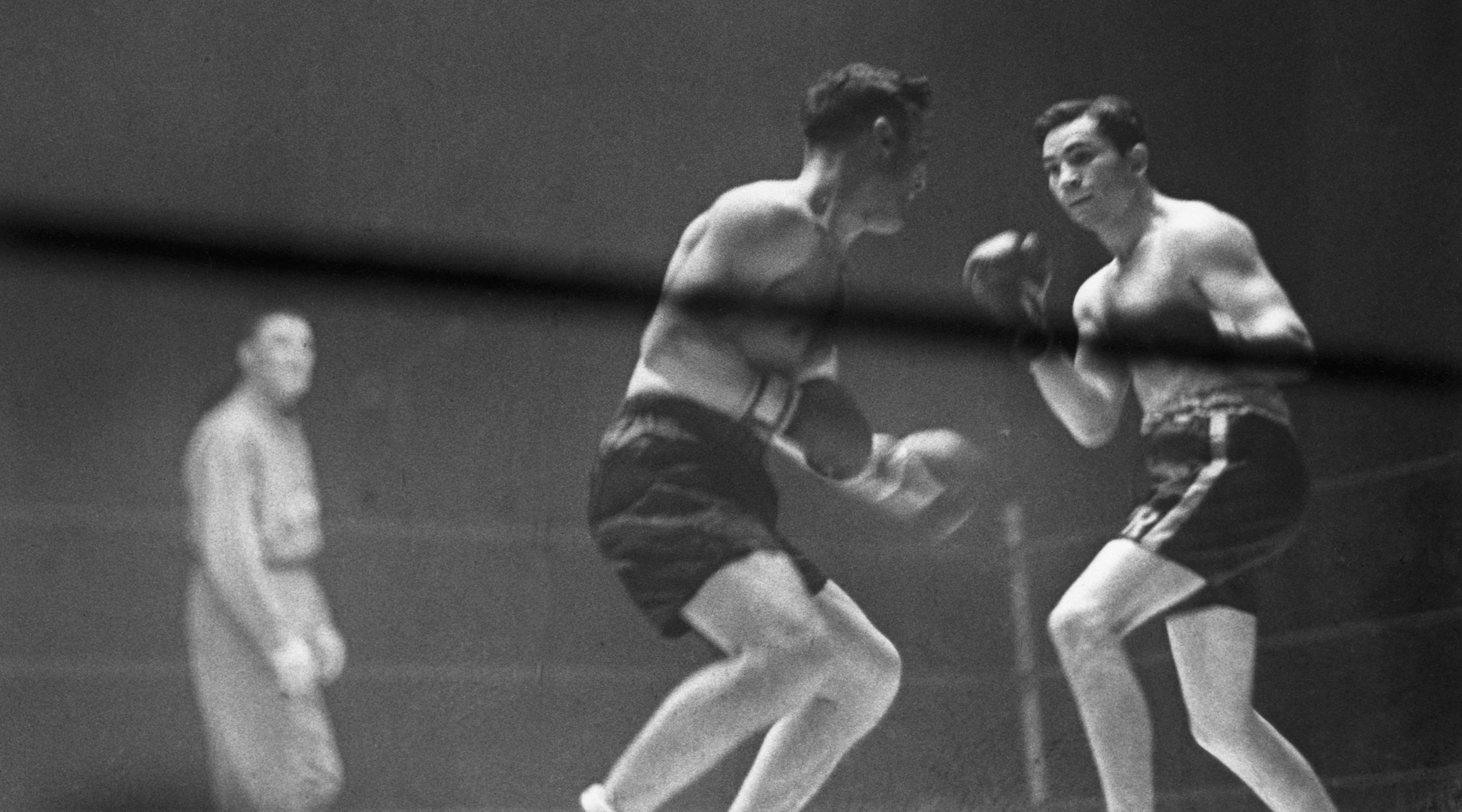 “I wish I could do something for the Jews who are suffering,” said Barney Ross. “I’m sorry that the pageant had to be postponed. I had planned to see it with my mother. I’m on my way to Chicago where I’m going to rest up for a month.”

The newest Jewish lightweight champion of the world, in an interview with the Jewish Daily Bulletin at his suite of rooms in the Hotel New Yorker today said with determination that “I’m going to keep my title.”

Barney Ross, who has not yet passed his twenty-fourth birthday, wears literally all the earmarks of the “pug”. He is short and stocky and broad-boned. He is Jewish and “proud of it.” He insists that he is “religious”, and wears “tsitsis” to prove it. He regards himself as a “Jew-boy who made good”. He loves his mother “to distraction” and with pride showed her to reporters.

“My ma,” indicated Ross who is scarcely taller than the elderly lady who beamed at him. “This is my ma. Isn’t she sweet?”

Reporters nodded. Barney Ross is no man to trifle with. Surrounding him in his rooms were at least two dozen men, most of them obviously in the boxing business, smoking and discussing the sporting pages.

Ross is considered by experts as “an up and coming youngster.” Gossip has it that eventually he will be another Benny Leonard, but will not remain in the lightweight class. His managers, Sam Pien and Art Winch, and Benny himself concurring, say that Ross will become in another year “a full-grown 147 pounder”.

The total income of his bout with Tony Canzoneri, dethroned lightweight, approximated $37,000. Barney Ross will give most of it, he says, to his “dear old mother”. Mrs. Ross sat throughout the interview sipping 3.2 beer. In her hands she clutched the sporting pages studded with pictures of the fight.