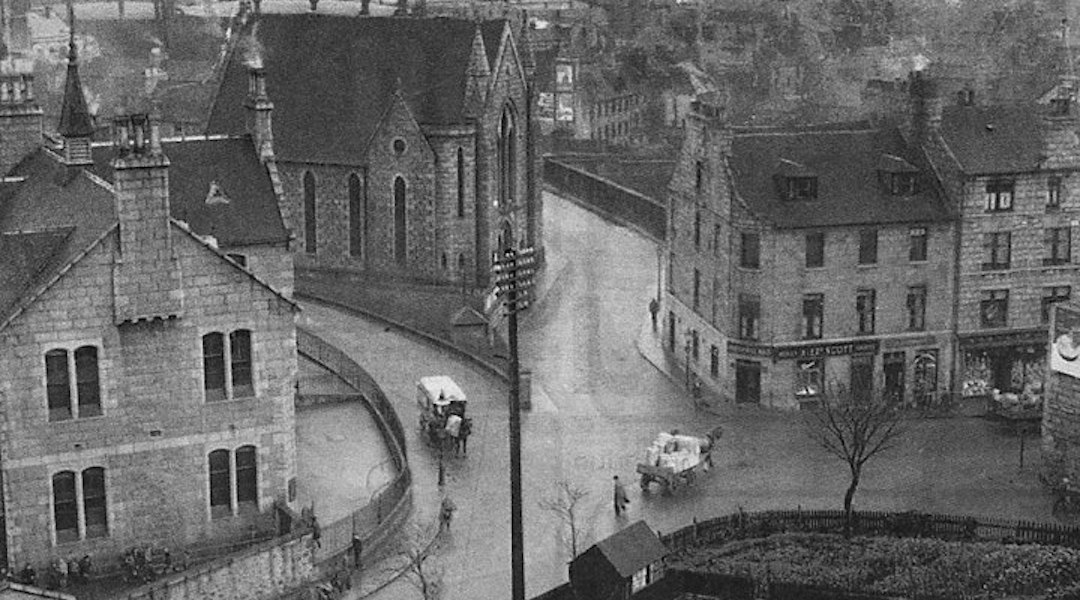 Most of Britain’s 400,000 Jews live in London or in major provincial centers, and if they wish to remain Jewish have no difficulty in doing so. But there are many smaller towns and villages where Jews would feel cut off and lost if it were not for the extraordinary work of a former Royal Air Force chaplain.

He is the Rev. Malcolm Weisman who, besides being a full-time lawyer, acts as minister to 50 Jewish communities in the boondocks of the British countryside, containing about 4000 persons. He takes his task seriously, visiting many of his parishes eight or 10 times a year and clocking up to 1000 miles a week.

His northernmost community is in Aberdeen, Scotland; his southernmost is in the Cornish village of Zelah, which few English people have even heard of. It has five families who cannot yet form a minyan. The smallest viable community is at Peterborough, which has had a synagogue since the 1950s. Services are held there every Friday night but rarely on Sabbath mornings.

Weisman, educated at Oxford, is more than just a minister to these tiny communities. In many cases, it was due to his own efforts and intervention that isolated families in rural areas were originally brought together to organize prayers and education for their children.

To do this he had to transcend the religious divisions which run through the rest of Anglo-Jewry. His guiding principle, he tells potential congregants, is that they will not be an Orthodox as opposed to Reform community–or vice versa–but simply a Jewish community in the broadest sense.

As a result, Weisman can sometimes claim to enjoy more local authority that the titular heads of Anglo-Jewry. When the Jews of Oxford completed building a new synagogue and communal center a few years ago, they deliberately asked Weisman, their honorary minister, rather than Britain’s Chief Rabbi Immanuel Jakobovits, to officiate at the building’s inauguration.

Education is the most expensive item in these fledgling communities’ budgets and Weisman’s role is to find the manpower to provide it. For those within range of a big city, he tries to recruit students or teachers prepared to travel to the community’s classroom or private house once or twice a week.

Thanks to the deep-freeze industry, kosher provisions are no longer the problem they once used to be. Nevertheless, the frozen meat still has to be distributed. The Aberdeen community, for example, has its meat sent from London nearly 400 miles away on the night train. Jews in Jersey, in the Channel Islands, have their meat flown from Bournemouth, a south coast resort with a large Jewish community. Meat for Exeter is sent from Brighton.

During the High Holy Days, Weisman’s office recruits most of the cantors and ministers who officiate in the smaller communities. A further instrument for keeping in touch with them is a twice-yearly magazine, produced in the format of Reader’s Digest.

Not all the small communities are new. In some of Weisman’s parishes, synagogues and burial grounds have existed for two centuries. Cheltenham’s was built in 1839. Aberdeen’s community goes back to the 1890s. It is now being reinforced by Jewish technicians working in the North Sea oil industry.

The oldest small community is at Exeter, whose synagogue dates back to the 1740s. Its burial ground is even older. The 20 families can no longer afford to have their own minister. however. Norwich is another old-established Jewish congregation which, owing to the economic climate, can no longer pay a minister’s salary.

The small communities are steadily increasing in number as more and more Jews take up jobs in outlying districts. In the past three years, Weisman has acted as mid-wife for communities in East Grinstead, Hastings and Chelmsford. He keeps in touch, too, with families too far away to be attached to a community.

Weisman’s ministry grew naturally out of his work, in the late 1950s, as a chaplain to the British armed forces. On his visits to British army camps he often came across groups of Jews who had no communal facilities. When he left full-time military service he proposed to the then Chief Rabbi Israel Brodie, that he should be religious advisor to these small, neglected communities.

The proposal was accepted and Weisman, now in his mid-30s, has been travelling around Britain ever since, tenderly watering Anglo-Jewry’s sparsest grass-roots. He is still chaplain to the British forces which include less than 400 Jewish families as well as Jewish chaplain to Oxford, Cambridge and other universities. Married, with two teenage sons, he also runs a fulltime legal practice. A busy man indeed.