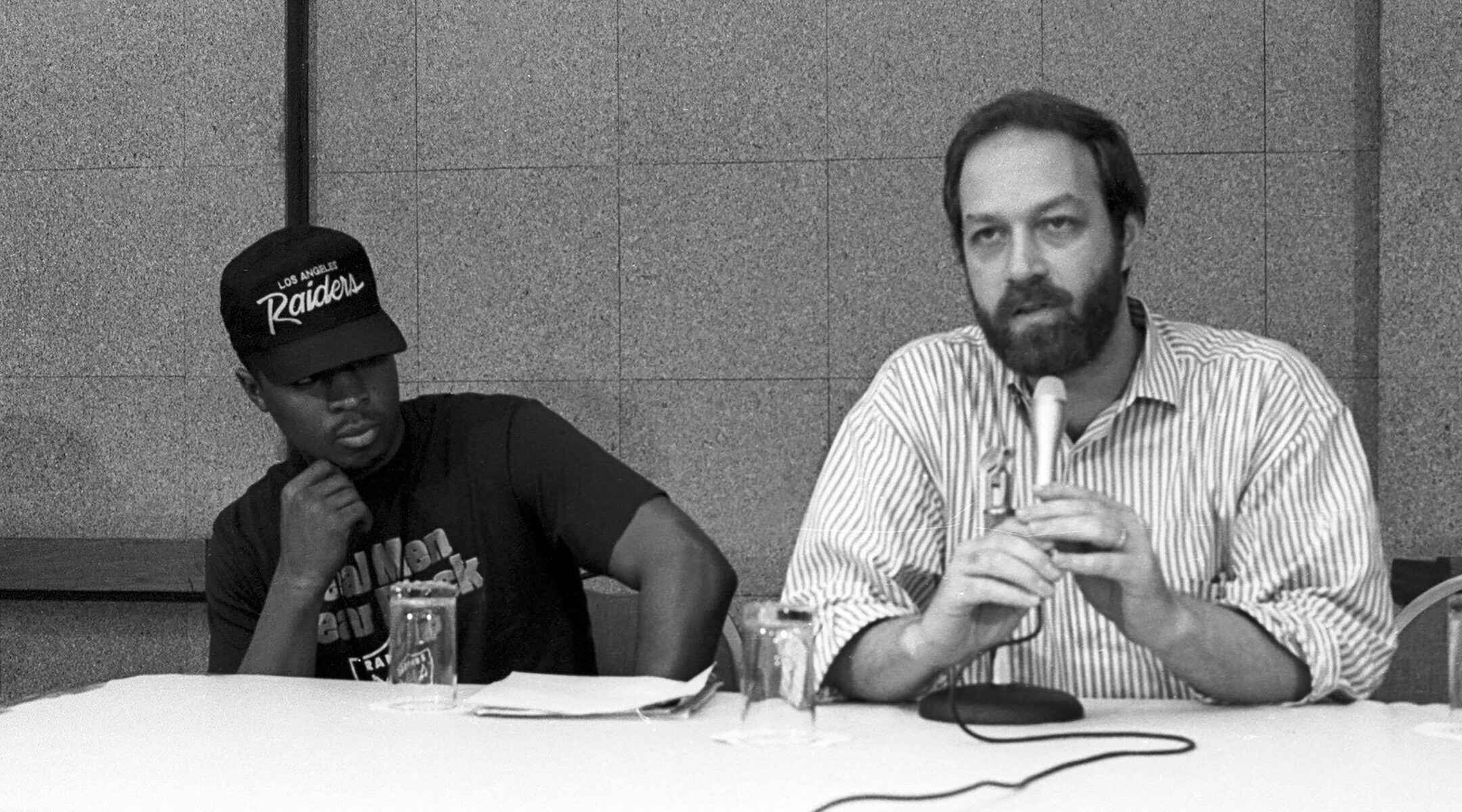 A member of the popular rap music group Public Enemy has been fired after making anti-Semitic remarks in a newspaper interview.

The member, who goes by the name Professor Griff, was removed from the group Sunday “because of his remarks and beliefs,” said Russell Simmons, president of Def Jam Records, Public Enemy’s record company.

Griff told The Washington Times last month that he believed “the Jews were wicked,” and that he could prove it.

Griff “is a stone-cold racist,” said Leo Cohen, chief operating officer of Rush, a management company. “He’s dangerous with those opinions, but he doesn’t speak for Public Enemy.”

Cohen said that Griff was fired by the other group members, who “do not aspire to anti-Semitic feelings.”

Griff backed up his comments in the Times interview with references to classic anti-Semitic texts about a worldwide Jewish conspiracy, including Henry Ford’s “The International Jew.”

Griff said he obtained his knowledge of Jewish history from the Nation of Islam’s historical research department.

Griff, like the other members of Public Enemy, belongs to the Nation of Islam, the movement founded by Louis Farrakhan, who has been criticized for his anti-Semitic remarks.

“The Jews have their hands right around (President) Bush’s throat,” Griff said in the May 22 interview. “He won’t make the wrong move. You understand what I’m saying? The Jews have a grip on America.”

Copies of the newspaper article quickly passed through the hands of Jewish leaders and were reprinted in other newspapers.

Mordechai Levy, head of the militant Jewish Defense Organization, said he had mailed copies of the Washington Times interview to over 75 record distribution companies, and that he had visited Def Jam’s offices.

Levy told the Jewish Telegraphic Agency that he was calling on the other band members to repudiate Farrakhan.

The controversy over the Griff interview came at a particularly inconvenient time for Public Enemy.

Its single, “Fight the Power,” is prominently featured in filmmaker Spike Lee’s widely publicized movie about racism, “Do the Right Thing,” set to open June 30.

It was Griff’s explanation of why the group wore leather necklaces instead of gold ones in the Washington Times interview that critics have called particularly outrageous.