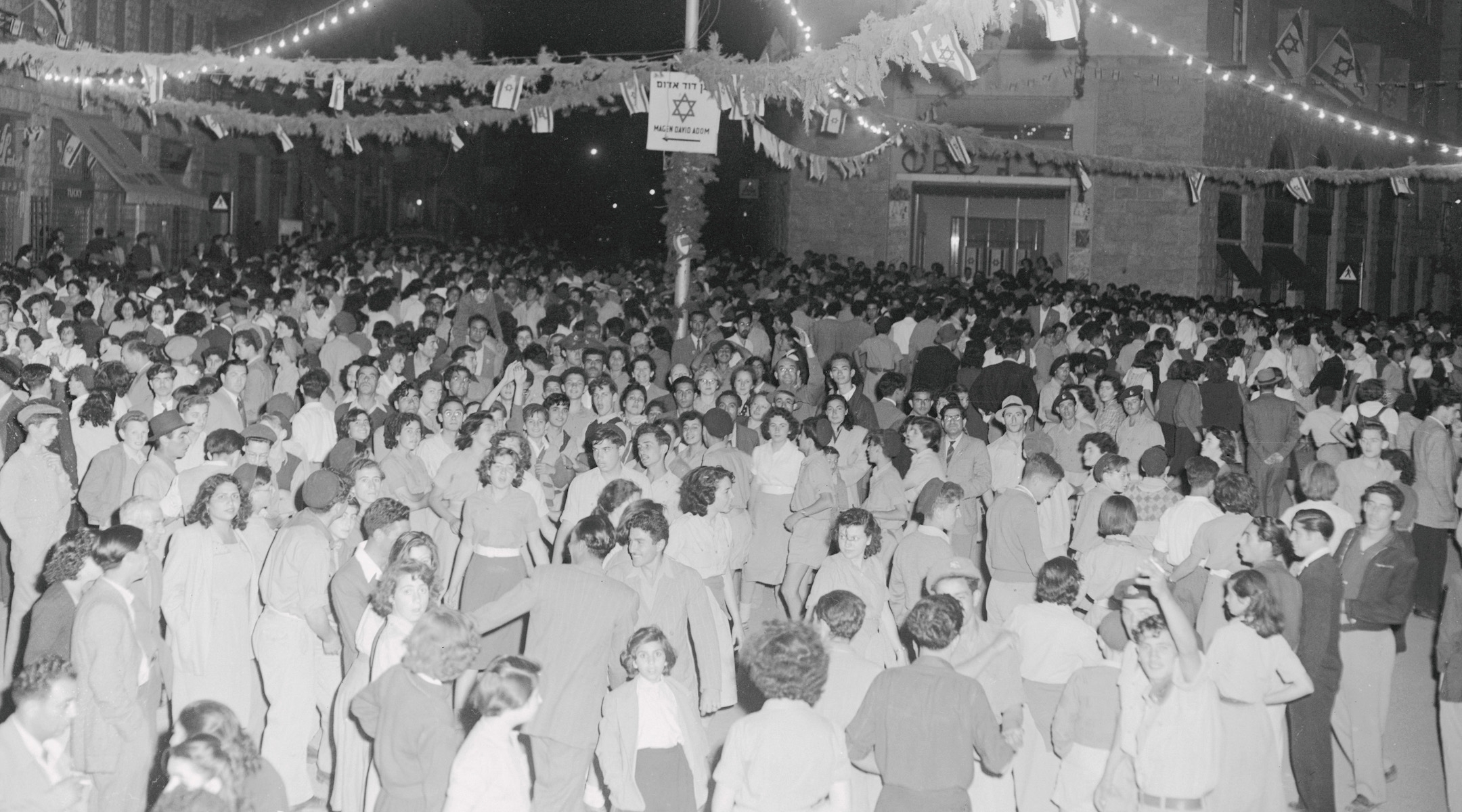 Purim this year exceeded every other preceding celebration of the Festival in the extent of joyousness and gaiety.

At Tel Aviv, the streets were a mass of color, the houses covered with decorations, and all the thoroughfares crowded with a mass of visitors estimated at no less than 100,000.

A three-days’ celebration culminated today in a monster procession with decorated floats and street dancing, in which it is estimated some 10,000 Arabs joined. The participation of so many Arabs is the more notable in that the Arab press had carried on an intense agitation among Arabs to boycott the Festival and not to visit Tel Aviv.

For two days and three nights, Tel Aviv seethed with singing and dancing, and the illuminated streets and the well-dressed crowds presented an atmosphere of unprecedented prosperity.

Many Americans were among those who took part in the celebration.